A collection of more details on Apple Watch have been sourced a day before the final announcement at Spring Forward event. The sources with hands-on Apple Watch experience have revealed the battery life performance, fitness and health features, applications and Apple's next generation touch hardware experience. 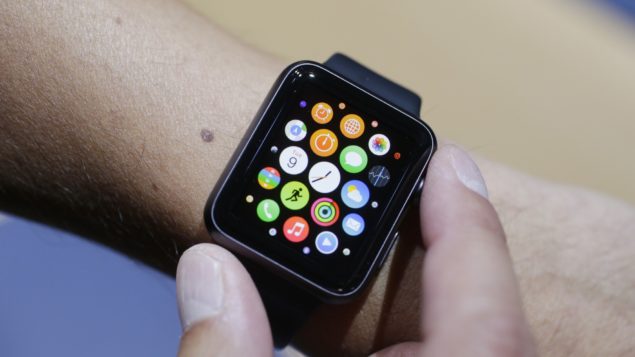 According to Apple, the Apple Watch is to be charged nightly, however it has caught the eye of many potential customers that might base their habit considering battery life performance. Apple's target to power its Watch is aimed at providing up to 4 hour of heavy app usage and 9 hours for light app usage. The light app access includes glances and handling notifications and heavy access app usage is health and fitness related along with other tasks that might have the tendency to drain our battery. However, according to reports, Apple has claimed to boost the battery life which now we can expect to take out more than 5 hours on heavy app access also considering passive and active use. Although sources also said that it must be charged daily and cannot be expected to drive the day that follows. 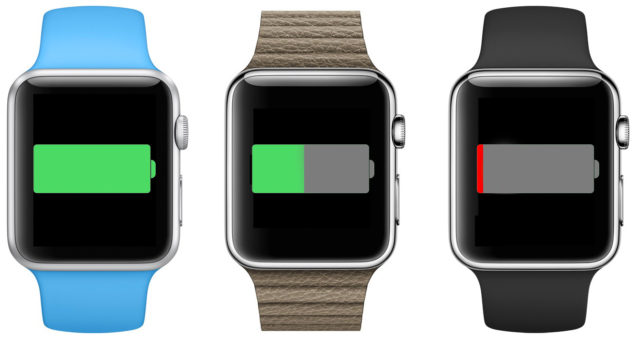 The Power Reserve Mode does not only activate considering the low battery life but can be activated with a full charge too. This mode has some features that surrounds the potential operations and make minor adjustments to save battery life. For instance when the Power Reserve Mode is activated, the overall brightness is lowered to salvage battery life, the iPhone to Apple Watch communication is limited to in demand activation and sleep time is reduced to 2 seconds of inactivity. In the testing stage of several units, we are told that on average a prototype takes about 4-5 hour to charge from 0-100 percent. This is some improvement that we're seeing through the rumored battery life cycle.

The Heart Rate Glance on the Apple Watch is yet to be announced. The Heart Rate Glance has the ability to note down a persons heartbeat per minute at any time. When Glance is activated, the screen displays a heart beating to show operation and a consistent measured BPM will be displayed. Sources said that the reading time is spontaneous and the results are seemingly accurate. Apple stated previously that the Heart Rate sensor can also be used to communicate heartbeats and also measure calories which will both be integrated with the Health App. 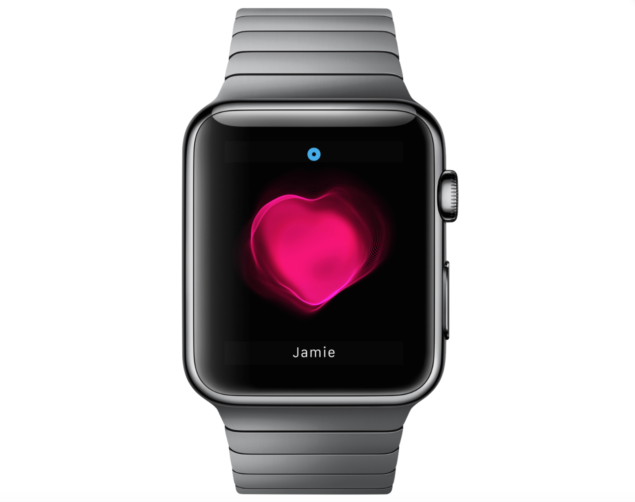 There are quite some Glances pre-installed on the Apple Watch according to sources which includes Activity, Fitness Stats, Weather, Quick Settings, Music, Maps and Calenders. Some sources also claim that Apple Watch will have a full Notification Center just like we see on our iPod, iPad, iPhone and Macs and can be accessed in the same way by swiping down from the top of the display. he notifications will display information regarding each app and alerts related to the connected iPhone. Developers will be given the authority to customize apps to popup in the Notification Center and the App icon to be displayed. A source claims to have been amazed by the Clock faces and their customization and called the Clock faces ''incredible''. The astronomy clock face is said to be smart as it tends to show the alignment of all the planets in the solar system - says sources.

Music And Onboard Storage

As reported before the accessibility of the Apple Watch can be controlled with a companion app which will be designed for the iPhone. The companion app is pitch black in color and has a glyph of all the apps as shown in the Apple Watch UI. Apart from just controlling the apps in the Apple Watch, the Home icons can also be rearranged from within the companion app. The rearrangement can also be done from the Watch itself which only requires a long press on the screen just like we have the same option in the iPhone iPad and other iOS devices. If a user downloads an ap from the Apple Store which also has WatchKit features, the application will be automatically installed on Apple Watch. Companion app will aid in removing the app from the Apple Watch without deleting it from the iPhone. The third party applications will still work on Apple Watch for a certain period of time aided by by cache data when iPhone is not connected to the Watch itself. This seems pretty interesting. 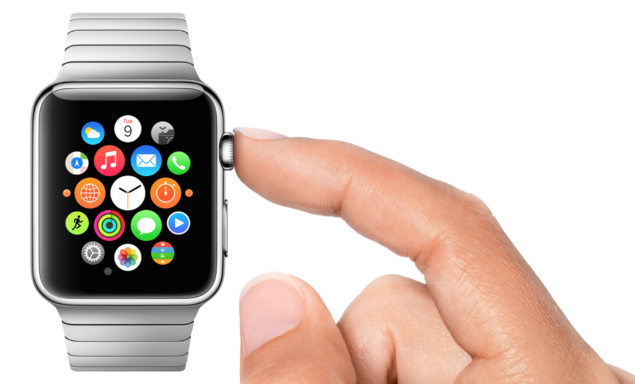 Sources compliment the Force Touch technology on the Apple Watch calling it one giant button which we can press at any time for different options and operations. Since Apple Watch lacks pinch zoom capabilities, the Digital Crown input method is used to zoom in and out of certain pictures and apps. The Digital Crown can detect up, down,left, right movements along with scroll options provided. As such a small device is not equipped with a keyboard, all response and templates are provided by default. However, a dictation over Voice Control does the trick to respond accurately. The Voice Control is different from Siri as it is not designed to reply emails. The replies are part of the Hand-off feature which should be done via iPhone directly.

People who have experienced the Apple Watch says the device is pretty fast which is a plus in comparison. The S1 processor chip installed matches equally with the A5 chip installed in the iPod Touch. However, nothing comes without limits, reports say that an Apple Watch with over 200 applications of Watchkit lags on the Home screen of the Watch but users would definitely not install 200 apps on their Watch. Sources tell us that the Watch face will light up if the notifications on the connected iPhone are locked and vice versa if the notifications are unlocked.

According to the designer who is knowledgeable enough to know the quality of the screen says. ''screen is the best screen I have ever seen,” keeping in mind that “it’s like vibrant digital paper, and does not look rendered.” The black levels in the display are great and gives out a vibrant color scheme. The size of the Apple Watch varies with that of its beholder but the smaller version 38mm feels puny. The Bands appointed by Apple vary from variant to variant and has different hooking techniques from plain aluminium to stainless steel models, the standard is the $349 aluminium Apple Watch.

Force Quitting, Power Off and Settings

Users have wondered how Apple Watch will be powered off without a power button dedicated solely for the purpose but sources suggest that it can be turned off with a long press of the button at the side of the Apple Watch. The long press would show a slider likewise to that of iPhone and iPad and dragging it will complete the shut down operation. When applications become unstabble and un responsive, Force Quit is the only operation that can solve it. to do this on the Apple Watch, all you will need to do is open the shutdown screen and press the button on the right hand side of the screen. The Settings menu of the Apple Watch includes various switches and toggles to accomplish certain tasks like Airplane mode and Bluetooth. However, the Wi-Fi will be controlled solely from the iPhone accompanying the Apply Watch.

The rest remains to be unseen which will be unveiled on March 9 at the Spring Forward event. The event would start at 10 AM Pacific - 1 PM Eastern Time. There will be special coverage of the event so do stay tuned with us to insight yourself on the upcoming gadgets and the much awaited Apple Watch. Do share your thought on the Apple Watch in the comments.