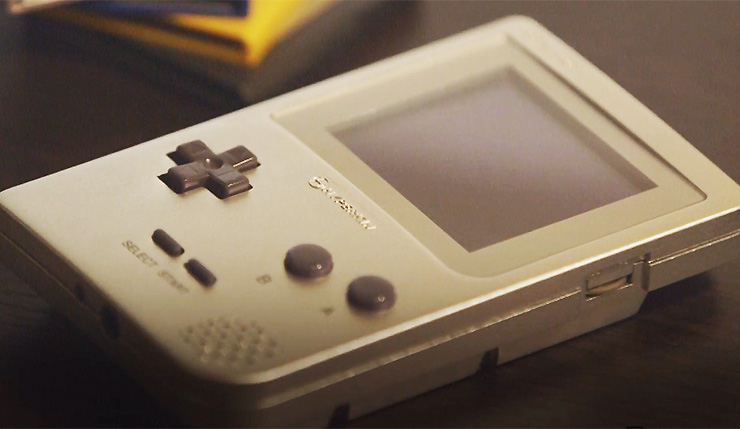 It’s time to play with portable power all over again. Hyperkin, the maker of popular all-in-one retro consoles like the Retron 5, is now targeting your green screen nostalgia with the Ultra Game Boy (name pending). Hyperkin gave Gizmondo a peek at the new hardware at CES 2018, and, at first glance, it pretty much looks like a straight-up Game Boy clone (get a better look here). Ah, but there’s more to the new handheld than meets the eye.

One of the dope things I got hands-on at #CES2018 is @Hyperkin's Ultra GB! I never knew how gassed up I'd be playing OG Game Boy games in 2018 lol pic.twitter.com/cbZ9T8xxmI

The Ultra Game Boy is made out of textured aluminum instead of plastic, and, yes, it comes with a backlit screen (which is now blueish instead of green). No need for an Ultra Light Boy to make the system playable in the dark! Oh, and you won’t have to worry about AA batteries either – the system comes with a built-in battery pack that will last for up to six hours. So yeah, this hardware fulfills pretty much all the wishes old-school Game Boy owners had.

This isn’t the first time Hyperkin has dipped into Game Boy nostalgia. They previously released the SmartBoy, a peripheral you connected to your smartphone to create a sort of ersatz Game Boy. That was a cute idea, but the Ultra Game Boy takes the 90s kid pandering to the next level.

Word is, Hyperkin is aiming to release the Ultra Game Boy this summer for less than $100. If the company’s marketing department knows what they’re doing, they’ll sell the system for $89.99, the price the original Game Boy launched at.

What do you think? Is a swanky new Game Boy something you’d be into? Pokémon has never felt quite right to me on anything but the original brick-shaped Game Boy, and I’ve still got a few old favs like The Legend of Zelda: Link’s Awakening and Mole Mania collecting dust in a closet somewhere. An old Nintendo fan and his money are soon parted.