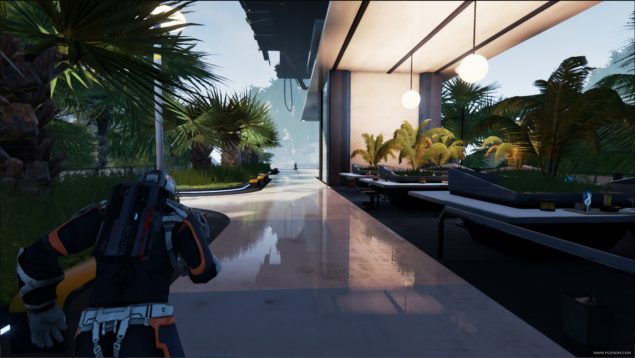 Project Genom is one of the first MMO games using Unreal Engine 4 to feature a full open world, according to developer Neuronhaze.

Starting today, all owners of Early Access can enjoy a seamless world, with no loading screens interrupting your journey. As the release date approaches, we continue to work on our project. The game world has already been expanded 16 times, while the character leveling system is also undergoing significant changes.

Project Genom tells the story of humanity's future. After destroying their own planet, the human race travels to a new home, Avalon. But they're not the only ones that want it and, as your new character, you'll have to fight for what you believe in if you want to find your place.

In gameplay terms, this will be a third person shooter with strong RPG elements. In fact, Neuronhaze also detailed their unique levelling system, where players will have to choose between developing their internal organs and staying human, getting a cybernetic transplant (thus becoming a synth) or having them genetically modified and becoming a mutant.

Early Access to Project Genom is currently available via their official website. There are different Founders Packs, ranging from the basic (priced at $17.99) to the golden one (priced at $119.99). Here's a handy image showcasing all the different bonuses.