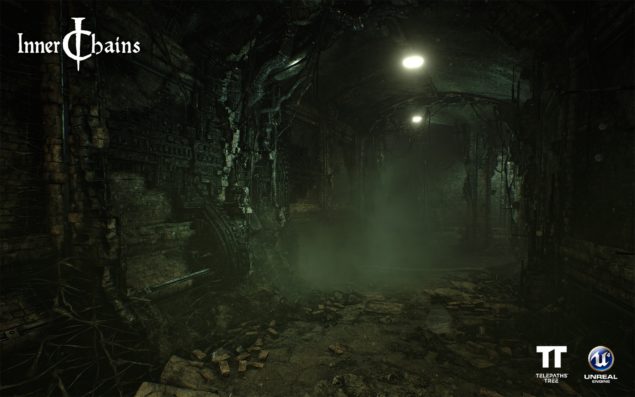 Inner Chains, an indie game by newly formed Polish studio Telepaths Tree, was announced six months ago. The dev team, which is composed of industry figures who previously worked on popular games like Gears of War, The Witcher 3 and Dying Light, recently started a Kickstarter campaign in order to finish work on the game.

So far, the outlook is very promising and the minimum goal of $10K should be surpassed soon. There are still 31 days to go, so there seems to be a good chance that at least a few stretch goals will be met.

Obviously, Inner Chains was also detailed in a more thorough way on the Kickstarter page in order to attract backers. These are its main features:

This FPS horror title, powered by Unreal Engine 4, is also on a Steam Greenlight campaign. Telepaths Tree is planning to launch Inner Chains on PC (via Steam) in June, but several backers have already asked about potential console releases and the team answered as shown below.

Not at the same time as PC, but we really would like to make IC for consoles.

It sounds like there's more than a decent chance to see the game on PlayStation 4 and/or Xbox One, though only at a later time. Stay tuned for more about Inner Chains on Wccftech, and in the meantime enjoy the screenshot gallery and gameplay video below!