Ubuntu OS To Invade Mobile Platform, Will You Give It A Shot?

Whoa! So this news was bound to come over but we did wait for a long time, didn’t we? But there is this feeling that Ubuntu might get some tough time here among the most favorites: the simple iOS and customizable Android. And in between these top-charts are we ready for yet another mobile operating system?

Surely, we are ready for a try. The cult following that Ubuntu enjoys on desktop, is going to at least give it a try on mobiles too. It was also proved with Ubuntu for Android popularity which allowed a docked Android phone to run a sort of complete Ubuntu version but this one is exclusively new product and a full-blown operating system with multi-touch gestures and voice control interaction. 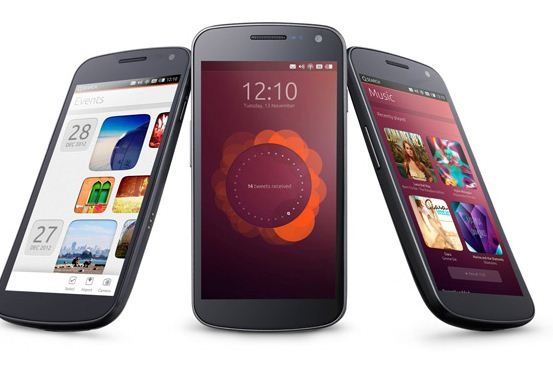 In case you have only heard the U-buzz but haven’t really tried this then this video on YouTube would introduce you to the many treats that Ubuntu offers.

This New Year Ubuntu has pushed out one wonderful gift to its followers (even an app store is in the making) but whether it would catch any serious market – of course apart from that of open-source developers – or not is yet to be seen. The OS can run on Android supported device since it is using Android kernel and drivers.

Below is one promising press release and with it, we await some enthusiastic results!

“Ubuntu comes to the phone, with a beautifully distilled interface and a unique full PC capability when docked

"We expect Ubuntu to be popular in the enterprise market, enabling customers to provision a single secure device for all PC, thin client and phone functions. Ubuntu is already the most widely used Linux enterprise desktop, with customers in a wide range of sectors focused on security, cost and manageability" said Jane Silber, CEO of Canonical. "We also see an opportunity in basic smartphones that are used for the phone, SMS, web and email, where Ubuntu outperforms thanks to its native core apps and stylish presentation."

Ubuntu is aimed at two core mobile segments: the high-end superphone, and the entry-level basic smartphone, helping operators grow the use of data amongst consumers who typically use only the phone and messaging but who might embrace the use of web and email on their phone. Ubuntu also appeals to aspirational prosumers who want a fresh experience with faster, richer performance on a lower bill-of-materials device.

The handset interface for Ubuntu introduces distinctive new user experiences to the mobile market, including:

1. Edge magic: thumb gestures from all four edges of the screen enable users to find content and switch between apps faster than other phones.
1. Deep content immersion - controls appear only when the user wants them.
2. A beautiful global search for apps, content and products.
3. Voice and text commands in any application for faster access to rich capabilities.
4. Both native and web or HTML5 apps.
5. Evolving personalised art on the welcome screen.

Canonical makes it easy to build phones with Ubuntu. The company provides engineering services to offload the complexity of maintaining multiple code bases which has proven to be a common issue for smartphone manufacturers, freeing the manufacturer to focus on hardware design and integration. For silicon vendors, Ubuntu is compatible with a typical Android Board Support Package (BSP). This means Ubuntu is ready to run on the most cost-efficient chipset designs.

In bringing Ubuntu to the phone, Canonical is uniquely placed with a single operating system for client, server and cloud, and a unified family of interfaces for the phone, the PC and the TV. "We are defining a new era of convergence in technology, with one unified operating system that underpins cloud computing, data centers, PCs and consumer electronics" says Mark Shuttleworth, founder of Ubuntu and VP Products at Canonical.

Canonical currently serves the leading PC OEMs: ASUS, Dell, HP, and Lenovo all certify the majority of their PCs on Ubuntu and pre-install it in global markets. Over 20 million desktop PCs run the OS today, and Canonical estimates that close to 10% of the world's new desktops and laptops will ship with Ubuntu in 2014. Ubuntu is also wildly popular as a server platform, the number one server OS on the key major public clouds and the leading host OS for OpenStack, the open source IAAS.”