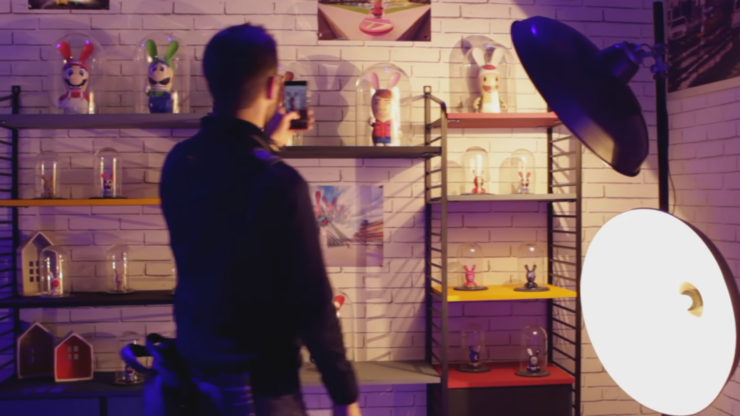 Earlier this month, rumors regarding a Nintendo Switch title that is so weird that it's almost unbelievable it exists have started circulating online, letting speculation run wild. Shortly after the rumors started circulating online, another one from a reliable source emerged online, revealing that this game is a Super Mario - Rabbids crossover role-playing game currently in development by Ubisoft. We haven't heard much else about this rumored game since then, but the new Ubisoft 30th anniversary celebration video has given more credibility to these rumors.

At around the 0:22 mark of the video right below, it's possible to spot Mario, Luigi and Toad as Rabbids quite clearly. The other shown Rabbids figures have no correlation to other franchises, so there's quite a good chance that the three Nintendo characters in Rabbid form are indeed related to the rumored game.

The title will focus on the Mario universe being invaded by Ubisoft’s Rabbids characters, some friend and some foe, and will feature a new Bowser form based around the design of the Rabbids as a recurring boss enemy. While there will be numerous cameo appearances from the Mario series’ best known characters, the core party will feature numerous, more minor characters. There is a particular focus on Yoshi as a primary party member, alongside a playable Rabbid.

Nintendo Switch launch titles, as well as price and more, will be revealed this January, so it won't take long to learn if this crossover RPG is indeed real. We will keep you updated on the matter as soon as more comes in on it, so stay tuned for all the latest news.