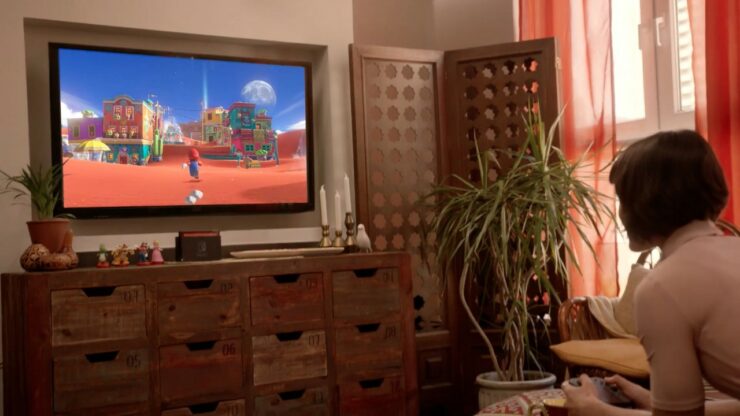 News on the Nintendo Switch titles that will be released alongside the console or shortly after are still scarce at the moment, but rumors circulating online are painting a rather interesting picture, with ports of popular titles such as Splatoon and new titles, such as the yet to be named new 3D Mario game. One of the game currently in development for the console, however, seems like will blow everything away, being so weird that it's almost unbelievable.

In a recent video by GameXplain, the guys behind the popular YouTube channel discuss all the current Nintendo Switch rumors such as the console's price, the already mentioned 3D Mario game, the Splatoon port and more. At the end of the video, a weird Nintendo Switch game, confirmed by multiple sources, is mentioned, a game so weird that it's almost unbelievable it exists. You can hear the guys commenting on the rumor by going at the 34:25 mark of the video below.

GameXplain doesn't say much about this weird Nintendo Switch title, so it's hard to speculate. Personally, I'd love it to be a Metroid game developed by From Software, but it could really be anything at this point.

Yesterday, another reliable insider revealed that the Nintendo Switch port of Skyrim, which Bethesda has yet to confirm officially, will be released alongside the console. The Mario Kart 8 port, including additional content and a revamped Battle Mode, will only be released not too long after the console.

The Nintendo Switch launches in all regions this March. More information regarding the console and launch titles will be coming this January.