During the latest financial results, Ubisoft announced that this fiscal year (2017-2018) will see the return of Assassin's Creed, Far Cry (5), The Crew (2) and the launch of South Park: The Fractured but Whole. 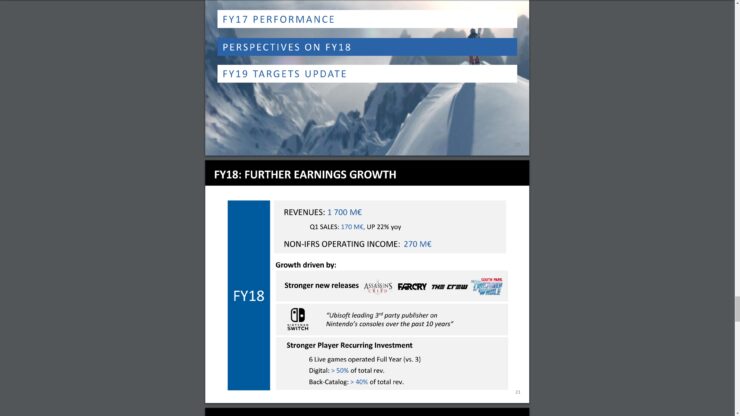 They also confirmed another 4 AAA titles coming in the following fiscal year alongside a brand new IP, which will be a multiplayer game with strong "live operation" elements.

It's likely that all of the games due in this fiscal year (April 1st, 2017 - March 31st, 2018) will be properly revealed during their UbiE3 event, now confirmed to be scheduled for June 12th at 1PM Pacific Time.

Meanwhile, you can check the latest Assassin's Creed rumors.

Save the date! #UbiE3 goes live from the Orpheum Theatre on June 12th at 1pm PT. Stay tuned for the latest... pic.twitter.com/vHHLqnTJXc