Assassin's Creed might be one of the most impressive new IPs of this generation. Starting with 2007's Assassin's Creed, the series has had constant hits with 3 more games after the original. With it's brilliant take on history such as the Italian Renaissance focused on in Assassin's Creed II and Brotherhood, there is little not to be loved in the series. Also, the protagonists have a wicked taste in apparel. And assassinating. But that's all past, and the series is reborn in Assassin's Creed III, and is a large departure from the Renaissance featured in previous games, as this installment features the American Revolution featuring a Native American protagonist called Ratohnhaké:ton. 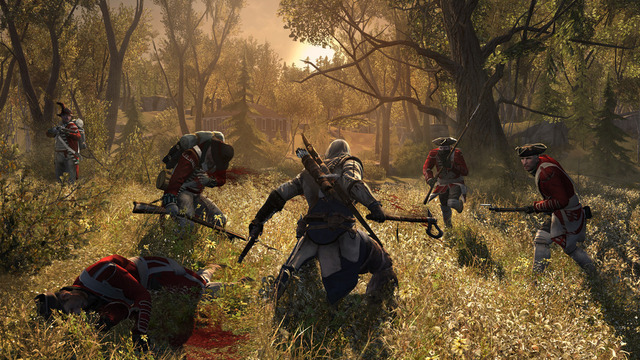 Can't wait to dig in, can you?

That's pronounced "Ra-doon-ha-gay-doo." But don't ask me to explain, I'm not a Mohawk tribesman. But Ratohnhaké:ton is, and he understands that you can't make sense of his name due to which he named himself the more tongue-friendly Connor when he "moved into the Western society."  Anyways, Alex Hutchinson, Creative Director for Assassin's Creed III, had a little chat with IGN where he shed some light on the development of the game. As everyone probably knows the game runs on an updated version of the Anvil Engine, called the AnvilNext. Apart from having superb graphics, it's not known yet about how powerful it is and what it can run. But all the combat, free-running and cities were redesigned for AnvilNext.

After Assassins Creed: Brotherhood hit shelves, development started on ACIII and obviously, the biggest issue was the location and the time-period of the game. Hutchinson says, "We really believe this is the strongest setting so far in an AC game. Why? Because we think it's the most relevant setting [because] this is the birth of the nation. But even for other countries, especially in Europe, it's a key historical event." Because it's "relevant," Hutchinson is positive that the game will succeed more than the other games in the series. Like the Renaissance, the American Revolution many interesting events which Ubisoft will put a spin on to go in-line with their lore.

There are various gameplay elements that they have retained, such as the Assassin Blade and the eagle sound when you perform a leap of faith. One of the new introductions is dual-wielding. You can have an Assassin Blade and a Tomahawk in each hand, or a Knife and an Assassin Blade, so like always, you arsenal depends on you. There is a new spin on the Assassin Blade, it's now the Chain Blade and it can double as a chain and be used for actions such as pulling your enemies from a ledge and hang them. There was also a very interesting featured initially which was the ability to scalp Templar enemies. But of course, it was deemed too "brutal," and eventually scrapped.

Since there weren't cities with large buildings to climb on during that time, Ubisoft made a few changes on the free-running system. Primarily, the ability to climb trees, which will be welcomed by many gamers as who doesn't want to sneak up on British soldiers in the nights and then fire poisoned arrows at them? Speaking of British soldiers, Hutchinson repeatedly said that this game is not the Americans vs. British but rather it focuses more on the rivalry between the Templars and the Assassins, and that the Britishers aren't the only enemy in the game as Templars will have their people with both parties and they will change sides depending on their agenda. So expect a lot of confusion and deception. On a side note, the slot for the character of Leonardo Da Vinci will be filled by Benjamin Franklin in the third game. 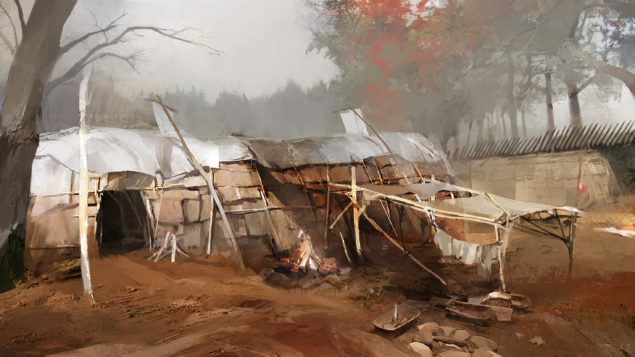 Assassin's Creed III will be available for purchase on October 30th and will go on release simultaneously for the PlayStation 3 and Xbox 360. No news as to whether the PC version will be released later or alongside the console version. Stay tuned for more on Assassin's Creed III!