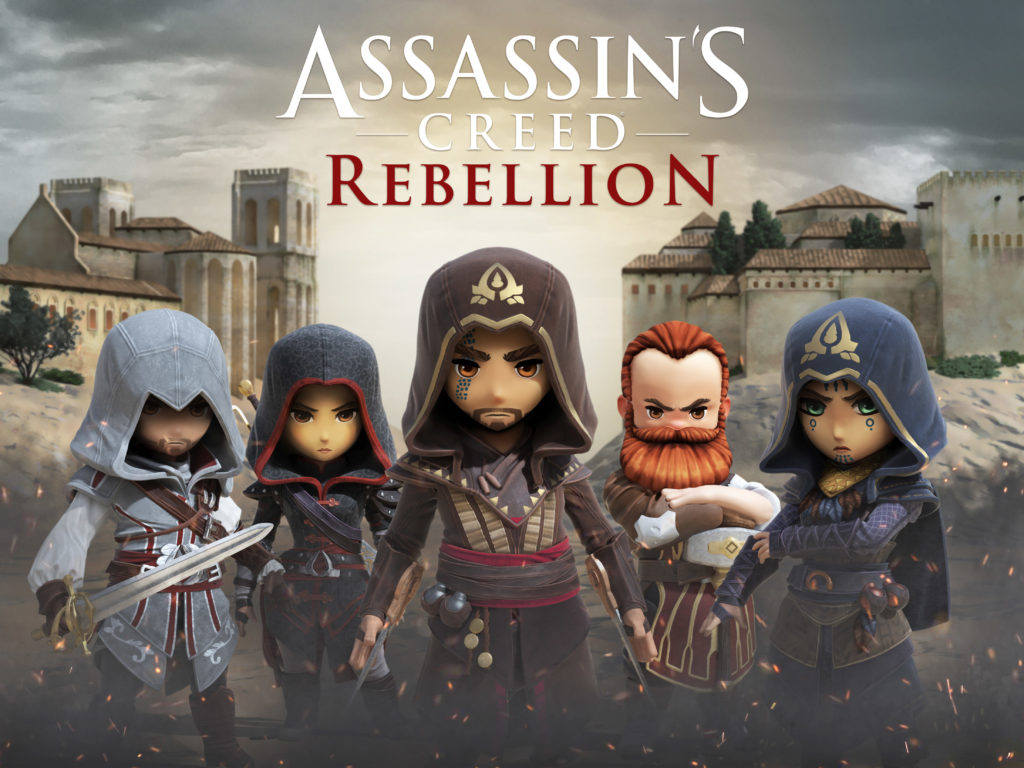 Ubisoft has just announced a new free-to-play strategy RPG title for mobile, Assassin's Creed Rebellion. The game returns to the 15th century and carries the trend. The project is developed in collaboration with Behavior Interactive studio. While the essence of the game is pretty similar to the series, it does feature a new visual experience all thanks to ''a new artistic direction''. Assassin's Creed Rebellion incarnates the familiar faces in a brand new angle. So let's dive in to see some more details in the subject.

Ubisoft's surprise announcement of a new Assassin's Creed game feels more like a franchise's take on Fallout Shelter. The game basically allows players to build their very own Assassin's Brotherhood. In addition to this you will also be allowed to manage a fortress and doing stealth mission against the Templars. Assassin's Creed will feature at least 40 Assassins in the game which includes Aguilar, Ezio. Shao Jun, Claudia, Machiavelli and many more. Apart from this. there are 20 additional characters created exclusively for the game. Although, they are not readily available so you will have to unlock them as you progress through the game.

What about the story line? The new to the clan, Assassin's Creed Rebellion takes place in the region of Spain during the time of the Inquisition. Players will be able to opt for different types of missions. The interesting aspect here is that whatever mission you choose will have an impact on how the Assassins develop. If  you're interested in new characters or Assassins, you can simply collect their DNA fragments in either the legacy missions or story missions.

Ubisoft suggests that the game is recommended for iOS devices running iOS 8 or higher. In terms of Android, the devices are required to be on the Android 4.1 or higher. In addition to this, the Assassin's Creed Rebellion has been designed and optimized for Android devices which have at least 2 GB RAM on board. This suggests that the game does not require you to have a high-end smartphone as the ones with older Android version plus those will at least 2 GB RAM can run it. There will probably be more to the story, so do stay tuned with us. We will let you guys know when Assassin's Creed Rebellion is released. Check out the video embedded below for more details.

This is it for now,folks. What are your thoughts on the Assassin's Creed Rebellion game for iOS and Android? Do you think it will be different from the rest of the series? Share your views in the comments.