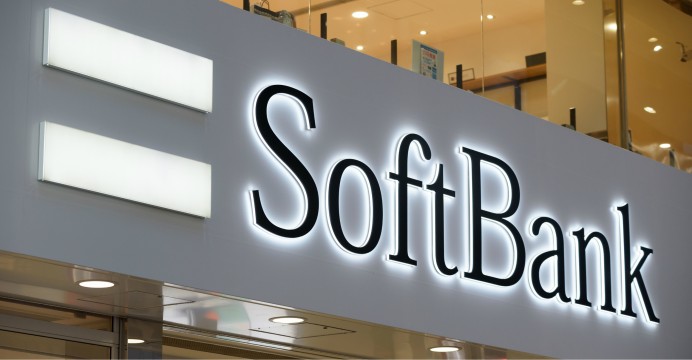 SoftBank Group Corp. (TYO:9984) reported first quarterly loss in over 14 years today as the Japanese giant was forced to absorb a hit of $8.9 billion due to the recent floundering of some of its marquee investments.

For the quarter that ended on 30th September 2019, the group posted an operating loss of 704 billion yen ($6.5 billion). As a reference, SoftBank had earned a 706 billion yen profit in the comparable quarter last year.

The group’s Saudi-backed $100 billion Vision Fund contributed an operating loss of 970 billion yen ($8.9 billion) during the period. Moreover, SoftBank wrote down the value of its investment in WeWork by $3.4 billion in the applicable quarter and expects this loss to widen to $4.6 billion in the current fiscal year. Interestingly, the group now values WeWork at $7.8 billion, a far cry from the $47 billion valuation that the Japanese giant bestowed on the provider of shared workspace earlier this year (read our related coverage here).

The group’s CEO, Masayoshi Son, said a news conference following the results that his judgement around WeWork was “not right” in many ways. He further added: “I overestimated Adam’s good side,” he said, adding that as for “his negative side, in many cases, I turned a blind eye, especially when it comes to governance.”

WeWork’s spectacular fall from grace this year has brought into question Son’s judgement in backing unconventional tech founders such as WeWork’s Adam Neumann. Last month, SoftBank was forced to provide a $10 billion bail out to the office-sharing startup after its IPO attempt floundered which, in turn, had exacerbated the firm’s liquidity crunch.

Mr. Son, however, shook off criticism and spent more than 40 minutes defending his investment decisions. He continued to insist that SoftBank’s bailout of WeWork was “not a rescue.” Rather, he asserted, it was an opportunity to purchase extra shares in the company at a discount, thereby, reducing the average cost of SoftBank’s stake by a quarter.

SoftBank Group is the world’s largest tech investor and has used its gargantuan $100 billion Vision Fund to become a kingmaker in the technology sector by placing outlandish bets on ‘promising’ companies. As of the end of September, the Vision Fund has invested $70.7 billion in 88 companies.

Mr. Son is currently trying to raise funds for a second $100 billion-plus fund aimed at making investments in AI. However, the anchor investors for the proposed fund have shown reluctance in recent days. In the latest indication of just how little faith investors have in the company, Nikkei Asian Review points out that SoftBank's 'valuation discount' – the gap between its valuation in public markets (denoted by enterprise value) and its net asset value – has swollen to about $130 billion. The publication estimates the Japanese giant’s enterprise value – the cost of an outright purchase of the company – at $126 billion.

Against that, however, SoftBank has around $191 billion of quoted assets on its balance sheet, the largest of which is a 26 percent stake in the Chinese e-commerce giant Alibaba Group Holdings. It also owns U.K. chip manufacturer ARM, with a book value of $25 billion, and an assortment of “other” assets amounting to $8 billion. When one adds all of these items, SoftBank owns around $224 billion of assets.

In addition, however, there are over 80 tech companies in the Vision Fund such as the ride-hailing giants Didi Chuxing and Grab, Indian hotel startup Oyo, and Chinese social media company ByteDance. SoftBank estimates that its one-third stake in these firms is worth $32 billion.

Add all these assets together and the total comes to $256 billion – $130 billion more than SoftBank’s enterprise value. This is known as a "conglomerate discount" and refers to the tendency of markets to value a diversified group of businesses and assets at less than the sum of its part. Nonetheless, the quantum of the discount that the market is currently applying to SoftBank suggests an evisceration of investor trust in the group’s ability to generate healthy investment returns.