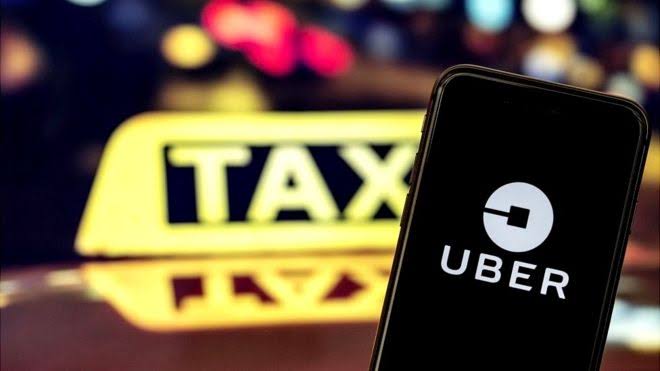 Uber’s (NYSE:UBER) share price jumped today as Citigroup (NYSE:C) increased its rating of the stock to ‘buy’ from an earlier 'neutral' rating on the back of increased optimism surrounding the company’s third quarter financial results due next month.

Citi research analyst, Italy Michaeli, upgraded the rating while leaving the target price for the stock unchanged at $45 per share. This target price is still short of the consensus sell-side target of $49.58 per share. Michaeli believes that Uber’s upcoming third quarter financial reporting "could provide a window to refocus the story on improving fundamentals.” Moreover, the analyst believes that Uber’s current stock price does not properly incorporate the complete ‘value’ of Uber Eats, the company’s food delivery service.

Uber Eats began its operations in 2015 and, since that time, it has grown into one of the largest food delivery services in the world. The service currently delivers food from over 220,000 restaurants in more than 500 cities throughout the globe. According to financial services provider Morningstar (NASDAQ:MORN), Uber Eats will likely own a quarter of global food delivery industry by 2023. Moreover, as per the company’s IPO prospectus, Uber plans to expand this service to over 700 cities. The service generated a revenue $1.5 billion last year while its revenue in the second quarter of 2019 rose by 72 percent on a quarterly basis to $595 million. Additionally, the service possesses the potential of disrupting the $2 trillion global dine-in market. It is, therefore, not surprising that Uber Eats forms one of the lynchpins of today’s upgrade by Citigroup.

Uber’s share price jumped by 3.24 percent in the pre-market trading to $30.63 on the back of this upgrade. Nonetheless, the company continues to face severe headwinds, particularly, when it comes to its bottom line. Uber has failed to turn profitable due to its burgeoning operations and marketing costs. Moreover, the increasingly stringent regulatory environment has only served to compound this problem of negative margins (read our relevant coverage here). As a recap, California recently approved a law, whereby, temporary and contract employees are now to be granted social protections such as the minimum wage enforcement and unemployment benefits provided that such employees regularly work full-time hours and perform duties central to a business. For obvious reasons, this law will result in profound negative implications for Uber as the company will be forced to provide minimum wage compensation to its drivers which, in turn, will significantly drive up costs in an industry environment characterized by stagnating growth.

For the second quarter of 2019, Uber posted a loss of $4.72 per share against expectation of only a 2.70 per share loss. The company also expects to report a full-year loss of between $3 billion and $3.2 billion in 2019 on the back of soaring expenses and expansion costs. Consequently, Uber's stock price has plummeted by over 30 percent since its IPO earlier this year as investors have grown increasingly cautious of companies that bleed cash. Nonetheless, the company’s growth is likely to continue unabated with its core ride-sharing platform’s gross bookings expected to further increase from over 100 million daily active users reported in the second quarter of 2019. Investors will, therefore, closely scrutinize the company's third quarter financial reporting for any indication that suggests a translation of Uber's impressive growth story into bottom line profitability.

AMD (NASDAQ: AMD) Upgraded by JP Morgan (NYSE: JPM), Cowen (NASDAQ: COWN) and a Host of Other Wall Street Behemoths on the Back of Stellar Q1 2020 Earnings