U.S. Cellular Is Offering An Unbelievable Deal For An iPhone SE: 50 Percent Off Its Retail Price 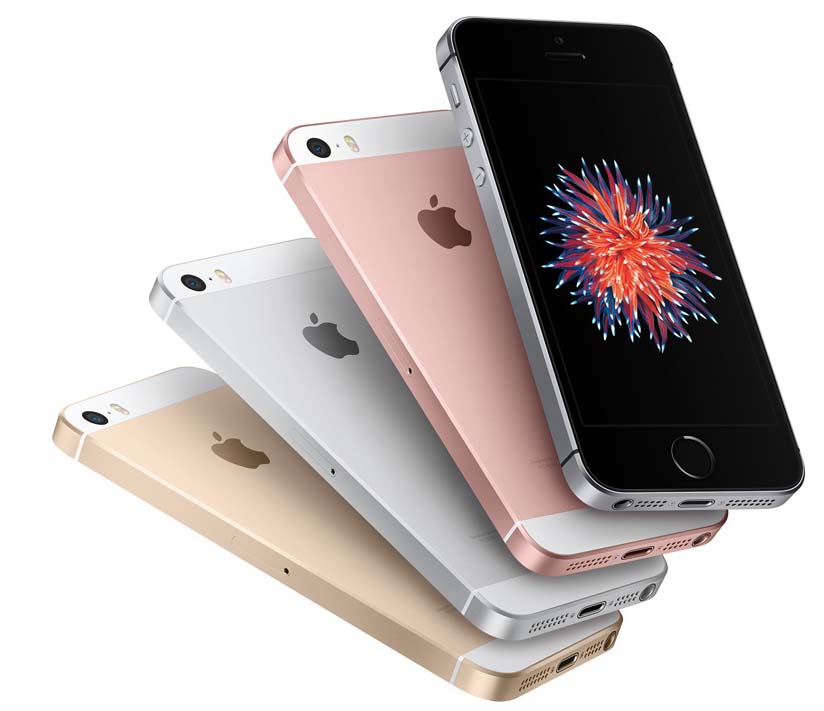 4-inch smartphones aren’t all that powerful but Apple’s iPhone SE has proved critics wrong with its powerful hardware, as well as some sacrifices made in order to present a $399 smartphone to the masses. However, U.S Cellular has presented an even sweeter deal for you guys; 50 percent off the retail price of the A9 powered smartphone.

You Can Opt To Purchase An iPhone SE For $199.99 Or Choose A Monthly Payment Plan

For $199.99, you can choose to purchase an iPhone SE from U.S. Cellular but you’ll have to careful not to go overboard with the storage bit since the 4-inch handset only comes with 16GB of onboard memory. However, if you want a storage upgrade, you can choose the 64GB storage model too, but that is going to set you back by $299.99. To make things easier for the consumer, U.S. Cellular has also allowed a monthly payment system on this model, but you’ll have to pay $15/month for a period of 30 months, and that equates to $450. In short, you’re well off purchasing the smartphone in a single spending frenzy.

iPhone SE has been reported by Apple to deliver better battery life as opposed to the 4.7-inch iPhone 6s. Even with a 4 inch screen size, iPhone SE is every bit as powerful as its larger screen counterparts, iPhone 6s and iPhone 6s Plus, thanks to its A9 SoC. Additionally, another perk of owning the smartphone is its rear camera sensor, which features a 12MP shooter that is able to capture 4K effortlessly. 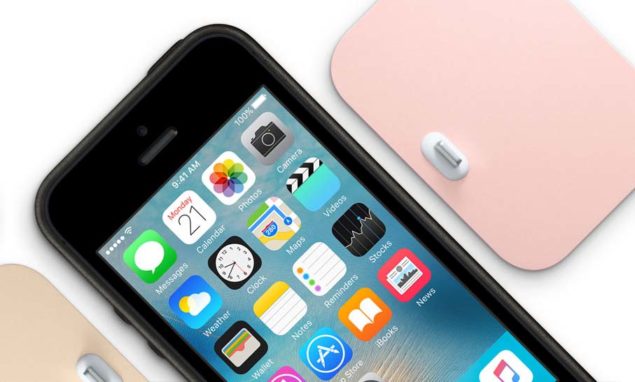 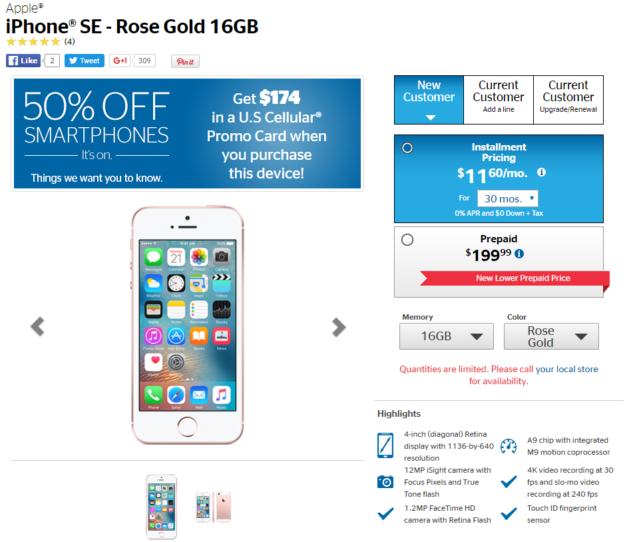 Do you think U.S. Cellular has provided a great deal for those who want a compact phone running iOS? Let us know your thoughts right away.