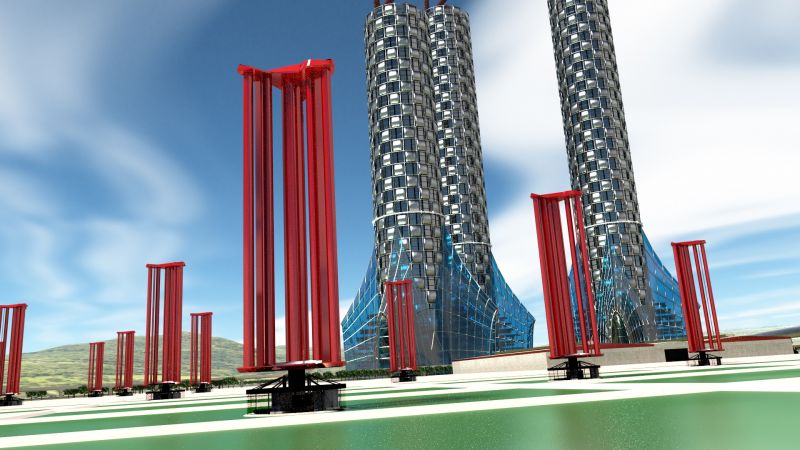 Whenever you hear the word typhoon you instantly think of total destruction everywhere don’t you? Well what if I tell you that a single typhoon could power a whole country and that too for a long period of time. That would be so cool wouldn’t it? That’s exactly what a Japanese engineer has done. He has made a turbine that would use the power of the cyclones and will convert it into useful energy. This is taking renewable energy to a whole another level! Because if he’s right then a single powerful typhoon could potentially provide power to the whole country of Japan for about 50 years (just imagine that).

This is a unique invention and the inventor, Atsushi Shimizu, is officially the inventor of the first ever typhoon turbine. The turbine is very durable, given that it has to withstand such a powerful feat of nature and if you look at it closely it will start to resemble an egg beater. Apart from being so good at withstanding powerful forces the turbine will be efficient in converting the typhoon’s force into useable energy. 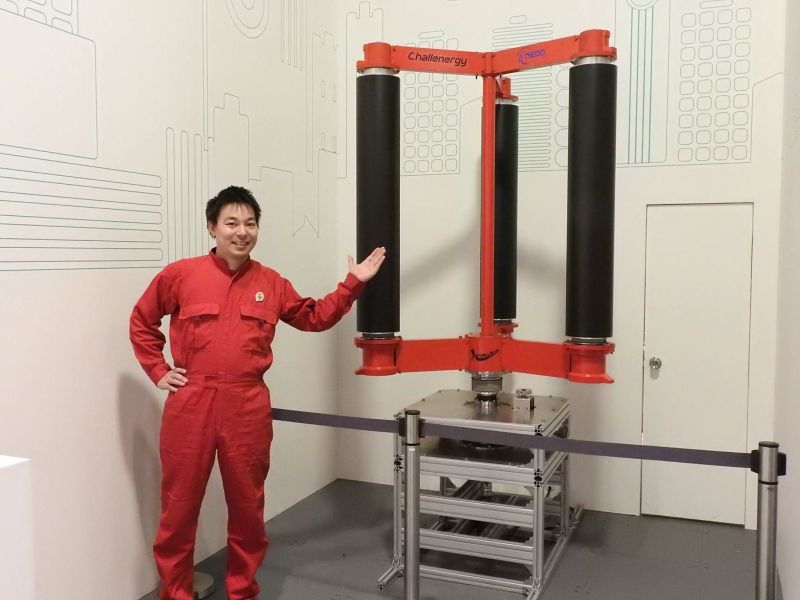 Japan is currently facing a power shortage, so what better time than to introduce this. According to Shimizu’s calculations a large collection of his turbines would be sufficient to power Japan for the next 50 years; that too with a single typhoon.

As Shimizu told CNN, “Japan actually has a lot more wind power than it does solar power, it’s just not utilized.”

Shimizu is the founder of a green tech firm called Challenergy and he believes that his country could become a “superpower of wind.” He might not be wrong in saying this, given the fact that Japan has already been hit with six typhoons this year alone. If they harness the power of those typhoons correctly they could potentially become abundant in energy.

This turbine is very different from a conventional one

The problem with conventional turbines is that they can’t move in all directions. This is a very big added advantage of these new turbines; they work on an omnidirectional axis. This way if unpredictable wind patterns do hit the area where the turbines are won’t break down and the blades can be adjusted so that they don’t spin out of control in the event of a storm. Both of these things are not present in the conventional wind turbines.

A prototype of this new wind turbine has been under testing and it yielded 30 percent efficiency. Although this is 10 percent lower on average than the propeller-based turbines, the added advantage of surviving a typhoon overrides this small percentage gap. In 2013 a typhoon destroyed eight conventional turbines in the country and damaged another eight. This is something that could have been prevented with these new turbines and a lot of money would’ve been saved.

A fully functional prototype of the new turbine has been installed near Okinawa earlier this year. Now all we need is a typhoon to determine whether the incoming energy will converted easily and to test the durability of these omnidirectional turbines. This is a great achievement and we could use turbines like these all around the world in areas with typhoons. Let us know what you think about this turbine in the comments below. 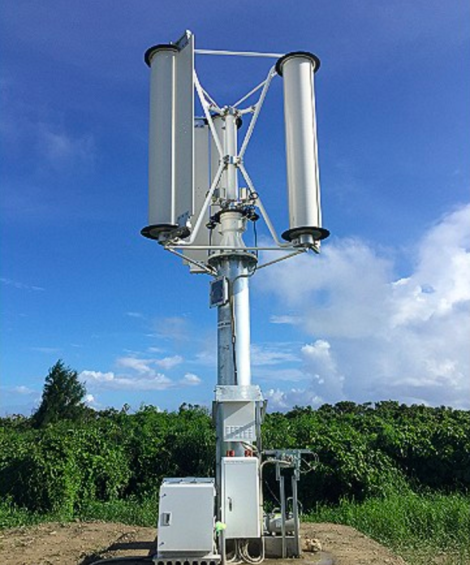