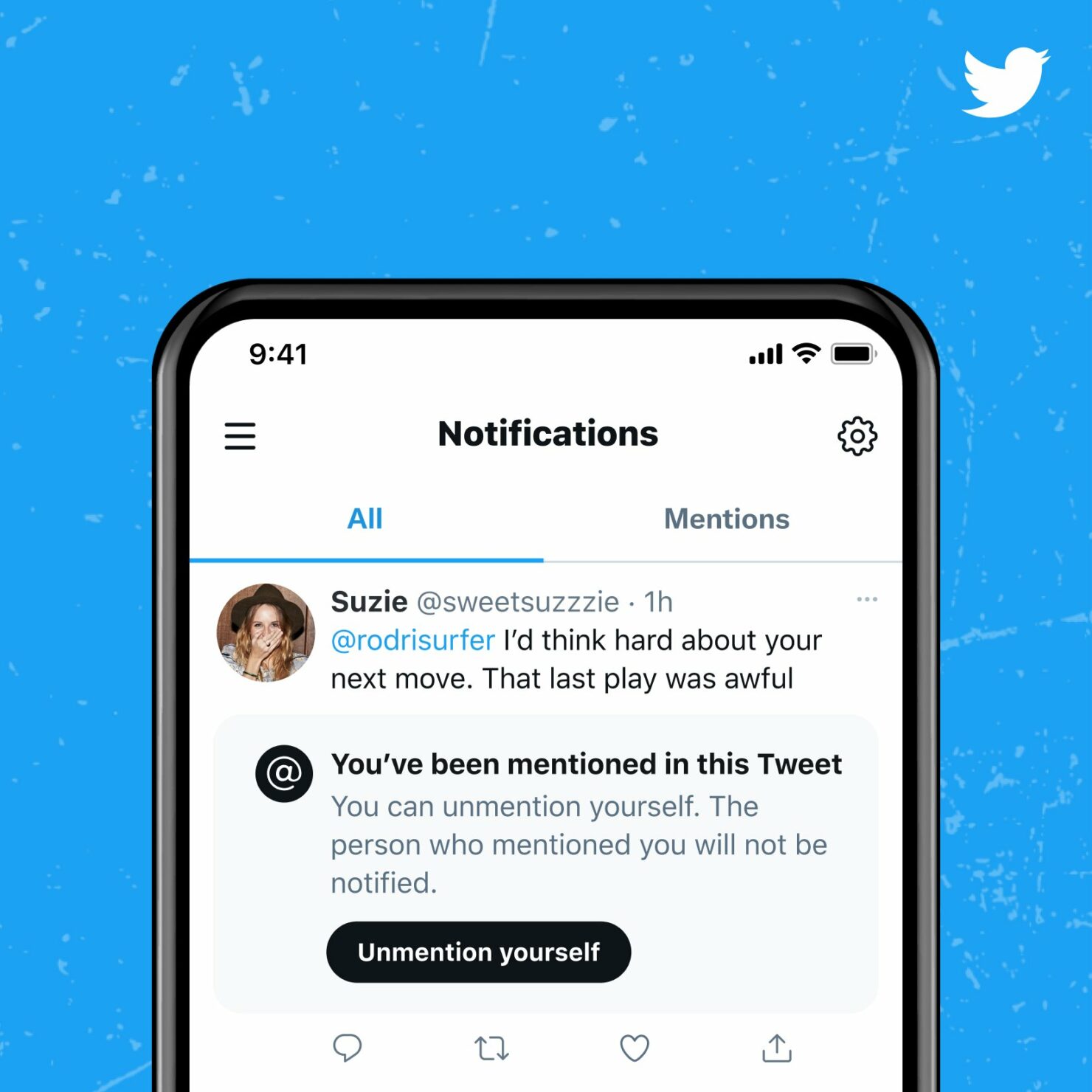 Twitter overall is a lot of fun when you are using it right. Many people use it as a platform for quickly accessing news, while others do it to interact with people around the world. It is a platform a lot different than Facebook, and in many cases, this is a good thing as Facebook can get tiring sometimes. However, Twitter does play it safe when it comes to new features; for instance, the site still does not have support for editing tweets, and while you can unsend the tweet if you are using a paid version of the website but that is as far as we have gone.

Now, there a tip that Twitter might be bringing an option to "unmention" yourself from people's tweets, and this is being done as a part of a wider focus on privacy for the platform itself.

Dominic Camozzi, a privacy designer at Twitter, shared an early concept that shed light on the idea of having the ability to unmention yourself, especially if you are not looking for unwanted attention and mostly want to keep it to yourself.

They also shared an example image that shows a notification when the user has been mentioned in a tweet, with an option to "Unmention yourself," this is sort of like Facebook's option to remove a tag from a picture or a post that will prevent any further notifications from reaching you.

Additionally, another feature that might show up involves Twitter sending you a notification when someone you are not following mentions you; this would allow you to review the tweet, unmention yourself from it, and block that user from ever mentioning you again. Again, a harsh way to prevent something but a lot of the time, you do want to stay away from the Twitter drama for your own good.

I want to make it easier to untag yourself from a Tweet or conversation you don't want to be involved in.

Just pick “Unmention yourself from this conversation” from the more info menu and the link to your profile will be removed. pic.twitter.com/nfHIyReE9f

Additionally, Camozzi is also looking for a way to handle mass mentions. This will prevent anyone on the platform from mentioning the user for one day, three days, or even seven days. This is a great respite for anyone who is not really looking forward to engaging and just want to be themselves on Twitter.

Still, it is important to know that these features are still concepts, and we are not sure when Twitter, if ever, implements them in the first place.