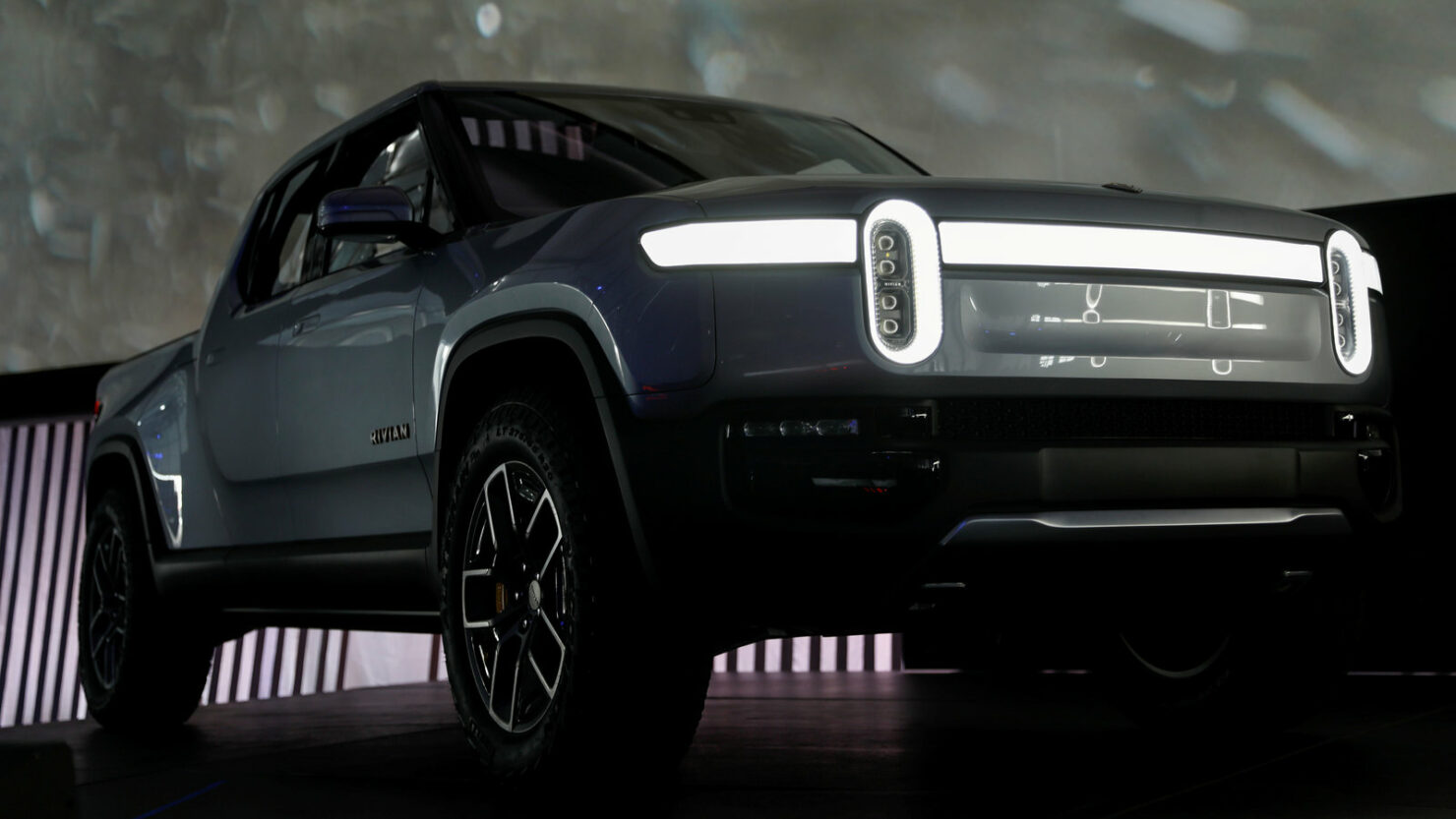 Rivian (NASDAQ:RIVN), a manufacturer of electric vans, trucks, and SUVs, just crossed into the financial twilight zone by eclipsing Volkswagen despite having no material revenue.

Rivian shares are currently trading at $161.04 in pre-market, thereby corresponding to a market capitalization of over $143 billion.

Rivian’s R1T Truck Is the “Least Efficient EV” So Far in the Market, and Yet the Company Is Worth Well Over $100 Billion Right Now

The ongoing stock price surge has now placed Rivian at the number 3 spot, behind only Tesla and Toyota. For reference, Tesla currently has a market cap of around $1 trillion, while that of Toyota is hovering at $257.77 billion right now.

As a refresher, Rivian is slated to provide 100,000 electric delivery vans to Amazon through 2030, with the first 10,000 vans expected to hit the road by 2022. The company commenced the production of the R1T truck back in September, while deliveries of the R1S SUV are expected to start within the next few months. Bear in mind that Rivian currently has 55,400 fully refundable pre-orders for the R1T and R1S backlogged until 2023. Both the R1T truck and the R1S SUV share the same basic architecture as that of the Amazon delivery van, thereby creating substantial cost-saving synergies in the process. The R1T starts retailing at around $67,500 and offers a range of about 300 miles along with an acceleration from 0-60 mph in 3 seconds. The R1S SUV is expected to entail a base retail price of around $70,000.

Rivian’s Illinois plant, a retooled Mitsubishi Motors factory, will have the capacity to produce around 150,000 units annually by 2023. The company is also purportedly looking to add an additional annual capacity of around 200,000 units by investing $5 billion in a brand-new facility.

Of course, this scenario assumes that Rivian would be able to seamlessly scale up its production into the end of the year. As of the 22nd of October, the company was producing about 2 vehicles per day, based on 56 R1T units produced until that date. Let’s assume that Rivian has been able to double its output between the 22nd of October and today. This means that the company was able to produce an additional 96 R1Ts (24 days at a rate of 4 vehicles per day). However, in order to meet its delivery goals for the end of the year, the company will have to produce the residual 848 units in 45 days, equating to a production rate of nearly 19 units per day. This rate constitutes an increase of 842 percent relative to the throughput on the 22nd of October – a feat that is hard to achieve by a company having production teething problems.

As is evident by this rudimentary analysis, Rivian shares currently pose an outsized downward risk, especially amid a near-certain probability of disappointment when it comes to 2021 deliveries. While Rivian bulls are obviously looking at the company’s very bright 2030 outlook, the short-term pitfalls present a much more immediate danger. Against this backdrop, the current bull run in Rivian shares is emblematic of the Dutch Tulip mania back in the year 1634.