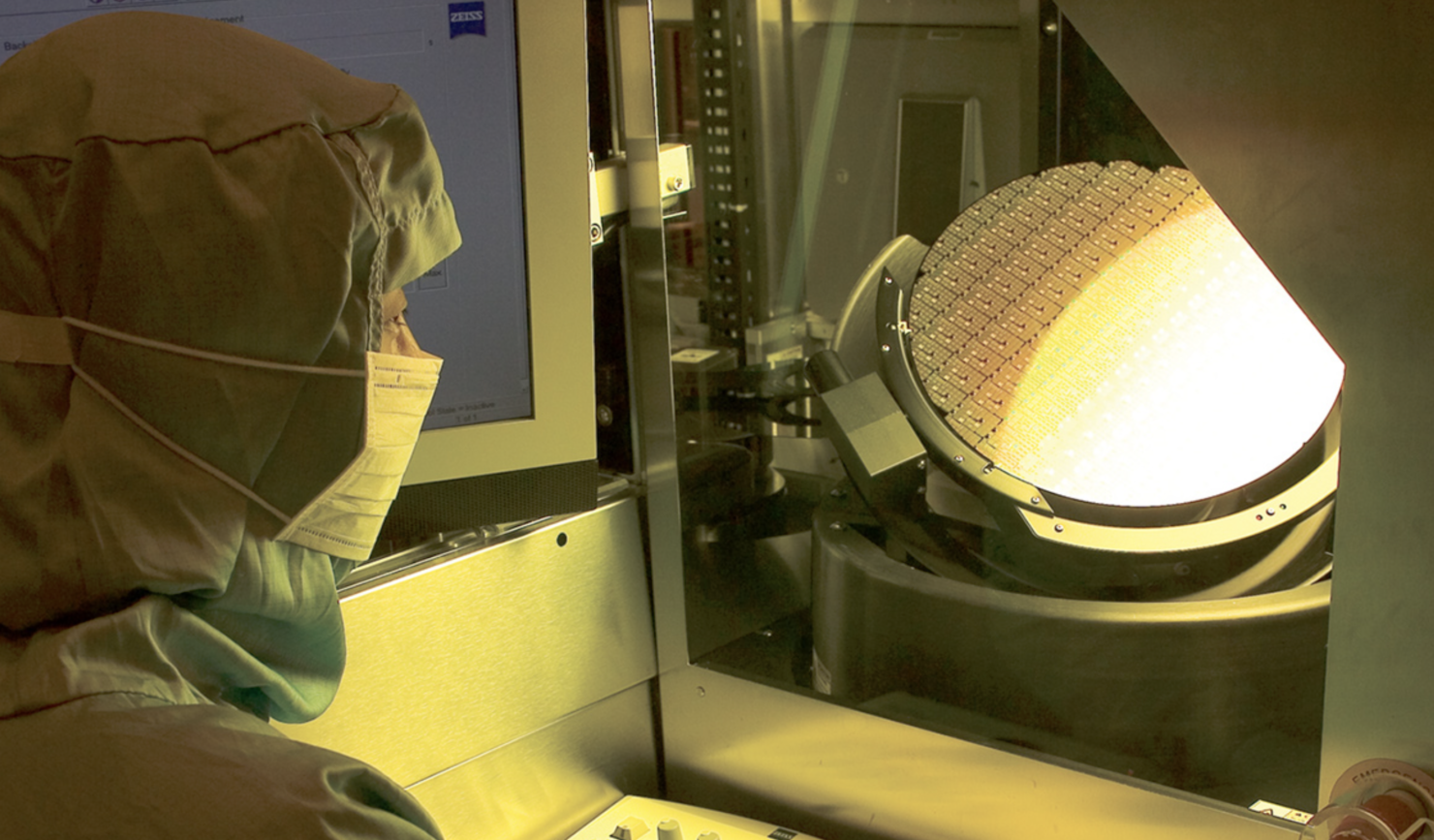 With January having settled in, and earnings from tech companies on the horizon, it's only natural for analysts and other folks to start speculating on what shareholders and industry watchers should expect from balance sheets. One tech company that is critical to the operations of key American manufacturers is Taiwan's TSMC. Taiwan's Taiwan Semiconductor Manufacturing Co. is heavily responsible for giving Advanced Micro Devices Inc. (NASDAQ:AMD) a fighting chance against chipmaking-behemoth Intel Corporation. Through its bleeding-edge manufacturing processes, TSMC is also responsible for giving Apple a huge leg up with its custom, in-house mobile system-on-chip silicon over competitors from San Diego chip giant Qualcomm Incorporated (NASDAQ:QCOM).

In the earnings season that is set to kick off this week, TSMC will be one of the first companies to share its results with investors and media. The company's earnings release is due in just two days from now, and reports from Bloomberg Intelligence and Sanford C. Bernstein analysts provide insights into what to expect from the foundry later this week.

As per the details, Charles Shum of Bloomberg Intelligence believes that for its fourth quarter of fiscal and calendar year 2019, TSMC will post $10.2 billion in revenue and gross margins that exceed those that it touched during the year's first three quarters and since 2018. For reference, TSMC's gross margins were 41.3%, 43% and 47.6% respectively, and the company itself put the low end of its revenue guidance for 4Q at $10.2 billion (with the high-end being $10.3 billion). 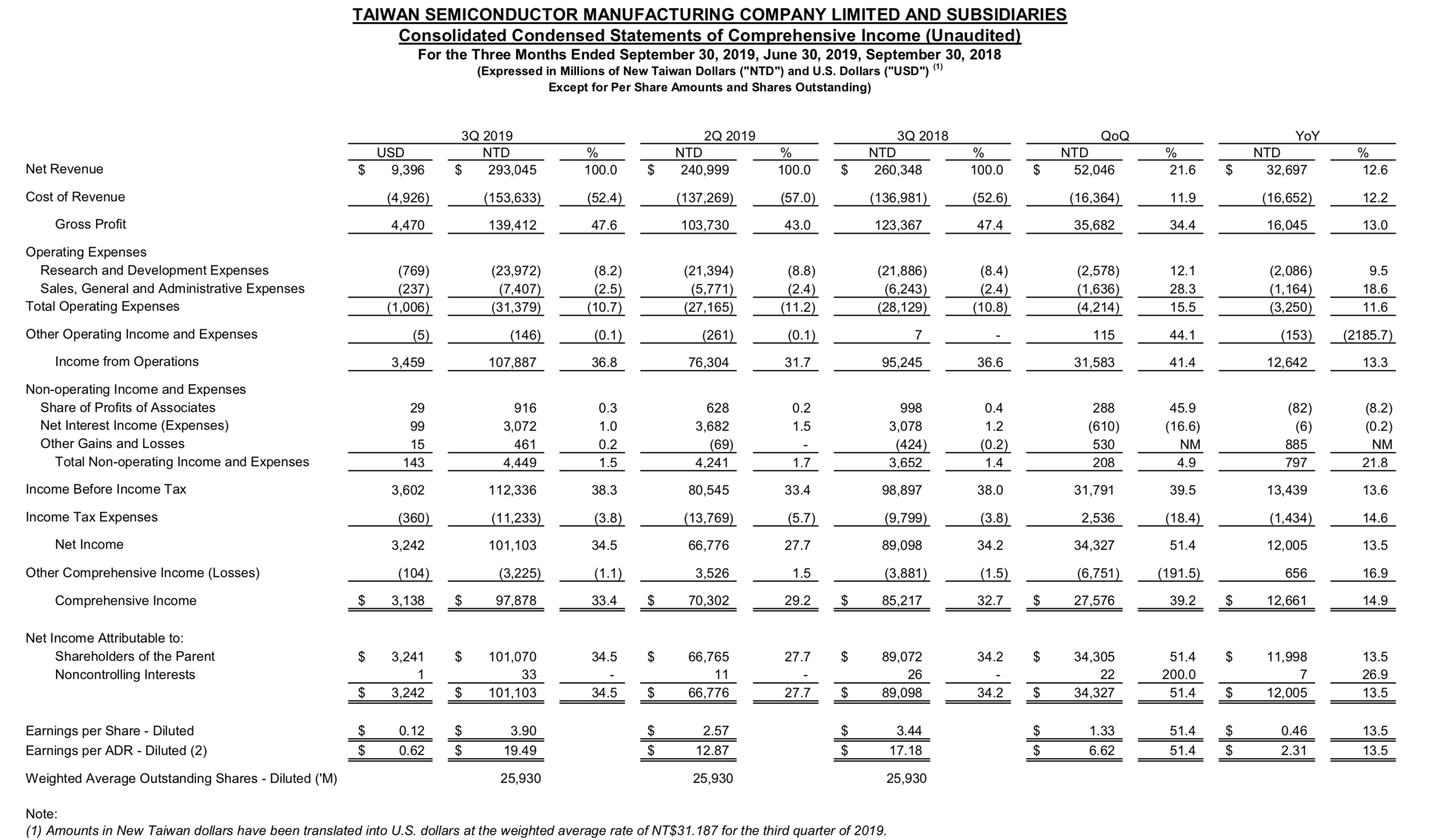 The reason behind this revenue growth is the impending growth in 5G smartphones expected to take place this year and in the years that follow. Despite carrier support for the next-generation cellular network being limited, manufacturers are aggressively pushing into the space for the fear of being left behind. Qualcomm, in particular, is keeping up with both Huawei and Mediatek through bringing 5G connectivity to middle-tier gadgets via the Snapdragon 700 processors. The company also intends to expand this support to Snapdragon 600 chipsets later this year, as per publicly available information.

Apple's iPhone and AMD's 7nm processors fuelled TSMC's revenue growth in its third quarter, and should the fab continue its revenue growth into 2019's fourth quarter, then it will have maintained the sequential growth trajectory that it exhibited last year. Bernstein analyst Mark Li also believes that TSMC will face slight, single-digit headwinds in the future as tighter U.S. sanctions against Huawei limit the fab from providing some of its technologies to the company.

The positive outlook on TSMC from Wall Street comes as semiconductor stocks in South Korea have touch record highs following a thaw in the ongoing trade war between the United States and China. While Samsung and SK Hynix witnessed their share price growth primarily due to positive outlook on the DRAM market, TSMC and its prowess in manufacturing and marketing bleeding-edge fabrication nodes has become ever-the-more crucial as AMD (NASDAQ:AMD) relies on the company to enable it to gain a strong presence in the server market. Safe to say, the upcoming earnings season is a crucial one for the tech sector as it will allow us to gauge how manufacturers and companies are performing during the early days of the onset of critical new technologies.

Analyst estimates for Taiwan Semiconductor Manufacturing Co's fourth fiscal and calendar quarter 2019 peg earnings-per-share at $0.71, with earnings for the full year expected to decline marginally and short interest ratio at 1.5.