TSMC (NYSE: TSM) Faces Uncertainty on CAPEX as the Fallout From Abandoning Huawei Begins to Bite 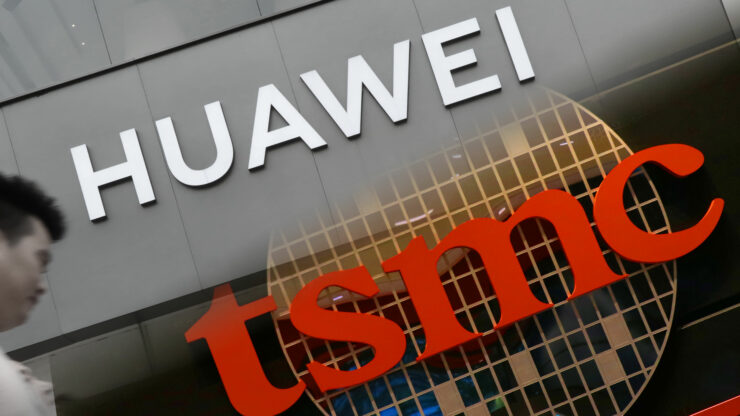 TSMC (NYSE:TSM), the largest contract manufacturer of semiconductors in the world, is about to face a considerable revenue shortfall as it abandons its second-largest customer – China’s Huawei Technologies – in order to comply with the pertinent directives by the U.S. Commerce Department. This yawning fiscal deficit has now given rise to considerable uncertainty regarding the fate of TSMC’s substantial CAPEX plans.

Back in April, TSMC had expressed commitment to a record 2020 CAPEX, ranging between $15 billion and $16 billion. The rationale behind the move was sound given that the demand for chips remained undented despite the broader economic weakness precipitated by the coronavirus (COVID-19) pandemic.

This scenario, however, was upended in May when the Trump administration angered China by blocking silicon heavyweights around the globe from delivering semiconductor components to Huawei or its affiliate HiSilicon. Under the new regime, foreign semiconductor manufacturers that employ American technology or software will now be required to procure a formal license from the Trump administration before delivering these sensitive components to the Chinese tech giants. However, the Commerce Department did provide a concession by stating that the rule change does not affect the chipsets or wafers already in production at the time the directive was issued and that these components can be delivered to Huawei within 120 days.

The situation, however, further deteriorated for Huawei when the Taiwan-based TSMC halted all new orders from China's Huawei Technologies in compliance with the pertinent directive of the U.S. Department of Commerce. This step poses far-reaching consequences not just for Huawei but also for TSMC. As an illustration, Huawei is TSMC’s second-largest customer, contributing as much as 14 percent to TSMC’s total revenue. The implications, however, are not only financial in nature. Huawei and TSMC had negotiated capacity and production minutiae related to the 7nm, 5nm, and even 3nm chip nodes. The vacation of these plans at this stage has the potential of disrupting TSMC’s overarching strategy vis-à-vis manufacturing nodes and expansion of production facilities.

Given the gravity of the situation at hand, a number of analysts have now expressed expectations for TSMC to cut its 2020 CAPEX by $1.5 billion to $2 billion and to reduce the 2021 CAPEX to around $12.5 billion. As supporting evidence, these analysts cite supply chain sources that claim that TSMC has purportedly postponed the procurement of some of the process equipment pertaining to the 3nm, 5nm, and 7nm nodes.

Nonetheless, as is the case in such uncertain times, a host of other analysts disagree with the prognostication of a CAPEX cut by TSMC. With the Samsung Electronics (KRX:005930) and China’s SMIC (HKG:0981) pursuing very aggressive expansion plans, these analysts contend that TSMC will not cut planned CAPEX for the fear of being left behind in this cutthroat industry. As we have reported, Samsung Electronics has initiated the construction of another 5-nanometer fabrication facility, this time in Pyeongtaek, as the South Korean giant continues to race ahead in its quest for snatching the primacy in the semiconductor arena away from TSMC. Samsung’s Pyeongtaek plant is intended to complement another 5-nanometer fabrication plant – located in Hwaseong – that will become operational around June 2020. The move is a part of Samsung’s plan to invest 133 trillion won ($108 billion) in system semiconductors by 2030, along with 13 trillion won in quantum dot displays by 2025.

Regardless of the brewing uncertainty, for the time being, industry reports point to business as usual for TSMC and its supply chain partners. As an illustration, Marktech International – a EUV production partner for ASML (NASDAQ:ASML) – currently has contracts worth $668.47 million. Moreover, its net income for 2020 is expected to hit a 10-year high, bolstered by TSMC’s 6nm, 5nm, and 3nm node processes. Similarly, United Integrated Services (TPE:2404) – TSMC’s logistical partner for engineering and equipment installation at its facilities – has secured orders worth NT$50-55 billion for 2020-2021.