Two new actors have been confirmed to be working on Hideo Kojima's Death Stranding. Just a few hours ago, UK actress Emily O'Brien shared a picture via Instagram announcing that she would appear in the game alongside Troy Baker (and Norman Reedus, of course, as you can see below).

Honored to be working alongside these two fine lads on @hideo_kojima 's new project Death Stranding. I'm a lucky gal 😉 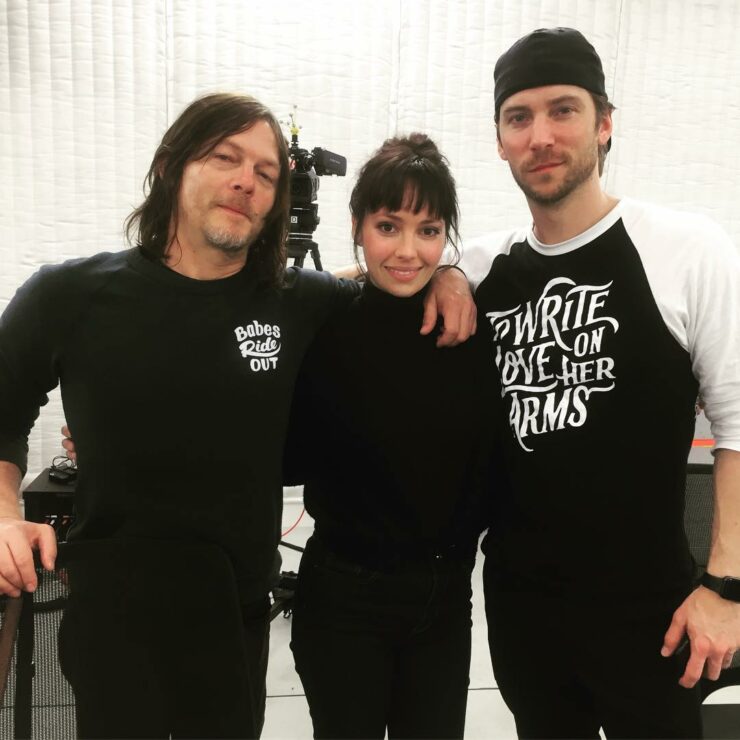 O'Brien is far from new to the games industry. Her credits include Middle-earth: Shadow of Mordor, The Order: 1886, World of Final Fantasy, Guardians of the Galaxy: The Telltale Series, Batman: The Enemy Within, Dishonored: Death of the Outsider and the upcoming PlayStation 4 exclusive open world zombie game Days Gone.

Of course, Troy Baker himself needs no introduction. Now considered among the best voice actors in the games industry, he portrayed countless memorable characters such as Booker DeWitt in Bioshock Infinite, Joel in The Last of Us (and he's set to reprise his role in the sequel), The Joker in Batman: Arkham Origins, Delsin Rowe in Infamous: Second Son, Talion in Middle-earth: Shadow of Mordor and Shadow of War, Pagan Min in Far Cry 4 and many more.

When you consider that Death Stranding already had actors of the caliber of Mads Mikkelsen and Norman Reedus (not to mention director Guillermo del Toro lending his likeness to another character due to appear in the game), the cast sounds more and more enticing.

Sadly, there's no clue yet on when we'll be able to witness the hard work of these actors since Death Stranding doesn't have a release date yet. Last we heard, creator Hideo Kojima rebuked rumors of him wasting time and money and insisted that the game is being developed quickly instead. A 2018 release date for the PlayStation 4 exclusive open world action game remains unlikely, but we may finally get to see some gameplay footage at E3 2018 in June. In the meantime, stay tuned.