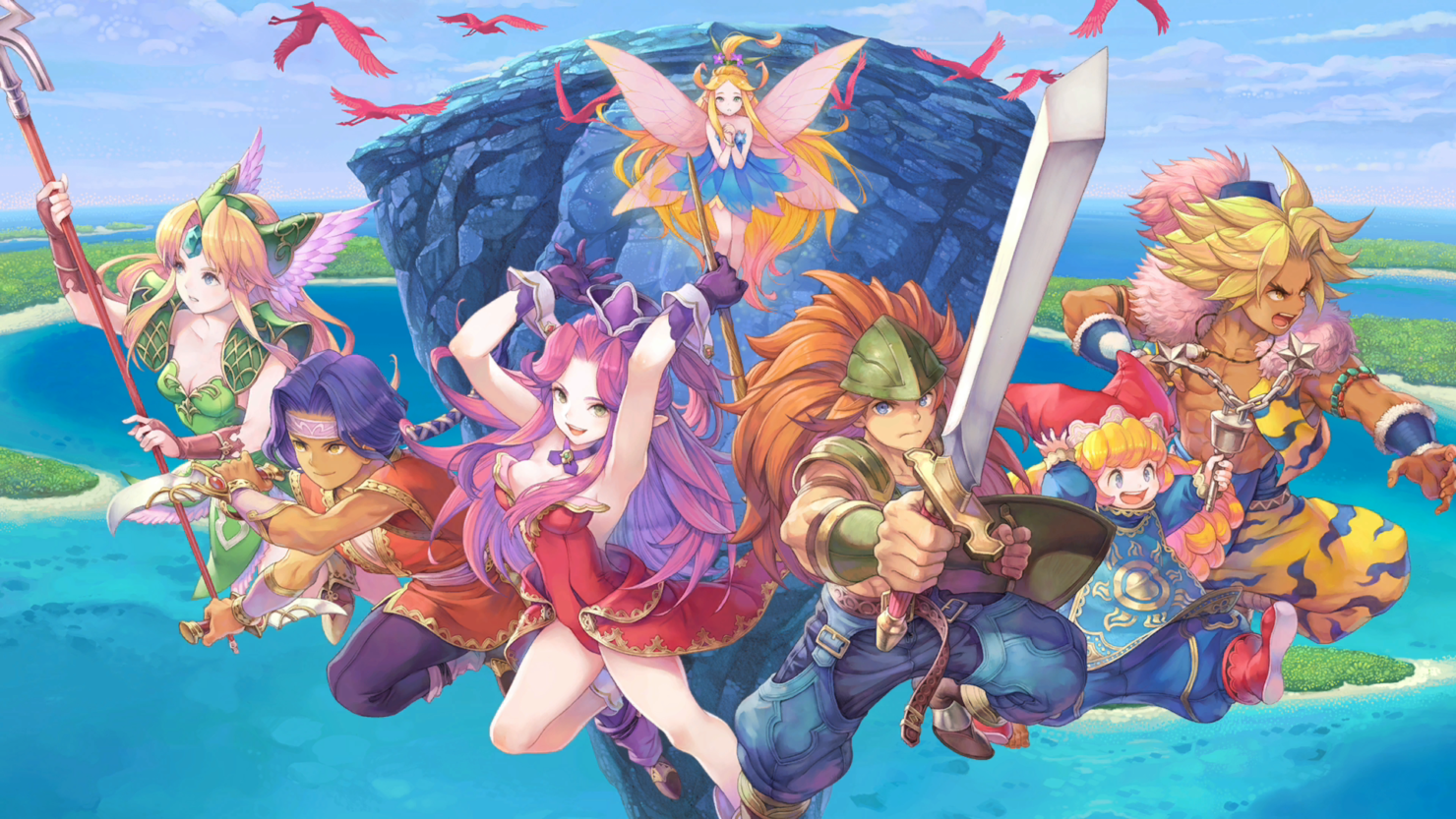 A new Trials of Mana update will be released next month, adding two new difficulty settings as well as new content.

The 1.1.0 update, which will release on October 14th on PlayStation 4 and Switch and the following day on Steam, will add the No Future and Very Hard difficulty settings.

The No Future difficulty will only be available on New Game Plus, will bring all characters back to level 1, and will make regular enemies and bosses way more powerful, adding a time limit for boss battles as well.

The Very Hard difficulty mode will also only be available in New Game Plus, but it will not force characters back to level 1. The option, however, will be available once a new game is started, even if other difficulty levels are selected.

The Trials of Mana 1.1.0 English update notes have yet to be shared. You can find a rough translation of the Japanese notes below.

Addition of new difficulty level "No Future"
・ It is a very difficult difficulty level to clear, as the enemy, especially the boss, becomes stronger.
・ It can be selected only during "New Game Plus" and the level returns to 1.
-Some abilities cannot be equipped.
・ Up to 3 items can be used during battle.
・ A time limit will be set for boss battles.
-In some boss battles, the display of the enemy attack range will be shortened.
-High-performance equipment with the same name may come out from the seeds of rainbow-colored items.
-Two link abilities will be added.
"Holy Sword Guidance": Unoperated allies will not be incapacitated and will endure with HP1
"Holy Sword Guidance II": Recovers 100% of all allies' HP when the battle is won

Addition of other functions
/ new Add the difficulty level "Very Hard". It can be selected only when "New Game Plus".
・ Class change production and staff rolls can be skipped.
-Fixed so that costumes that have been changed once can be taken over after class reset or during "New Game Plus".
* Only costumes that have changed class after this update are valid, and can be changed after the first class change.
・ When "New Game Plus" is selected, you can choose to return to level 1.
-Add a new statue of the goddess to the map.

Trials of Mana is now available on PC, PlayStation 4, and Nintendo Switch