Trials of Mana, not to be confused with the English title of the SNES classic that was later released on Nintendo Switch in the Collection of Mana, is a complete remake and reworking from top to bottom. Gone are the static 2D backgrounds and ATB-driven action combat, instead replaced with a complete 3D rework that transforms this old classic into something far more modern. Much care was given by the developers to turn this legend of the Mana Sword into a tale for the modern age of consoles, but is this a story worth revisiting once more? 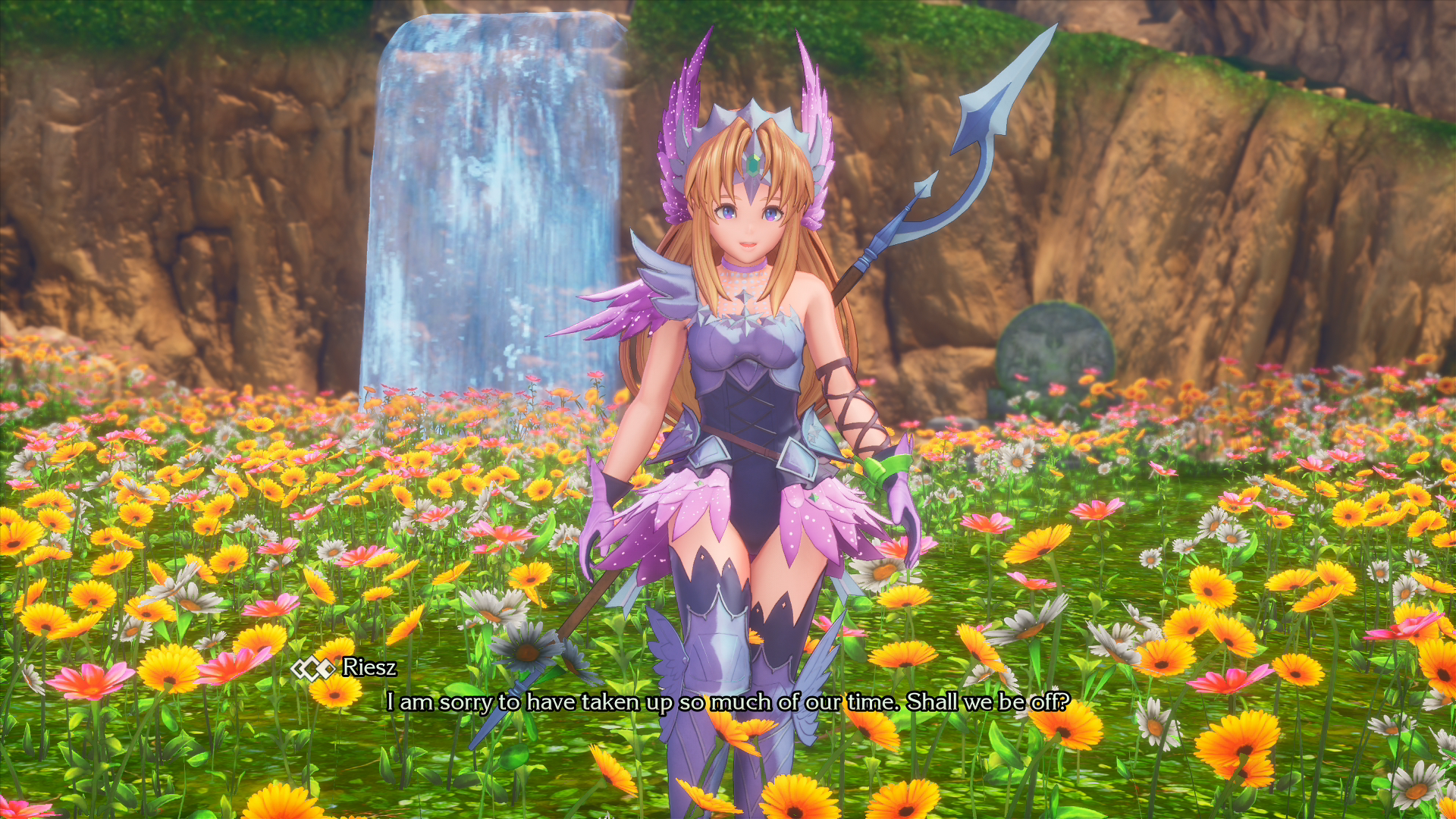 One of the most remarkable aspects of the original Trials of Mana/Seiken Densetsu 3 was in the freedom players had to approach the game. From a pool of six selectable characters, players get to choose their main character and whichever two supporting party members they wish to save the world as. Depending on who you choose, Trials of Mana's final antagonist will change, while much of the story remains the same. Each of the six heroes have their own prologue to play through and reasons to make their way to the Holy City of Wendel, where they receive guidance on how to protect the world from an encroaching evil and retrieve the Sword of Mana which gives the series its namesake. No matter who you choose, the middle 80% of the story remains the same and you'll soon know the maps to Nevarl Fortress or Rabite Forest by heart. It isn't until the final act that the game's true antagonist (depending on your initial hero choice) is revealed that the game branches off with a final dungeon run and climactic battles. For the complete story, you'll need to play through Trials of Mana three times but the whole experience goes dramatically faster once you know where to go and which manastones to save first.

Once you've successfully saved the world with your trio of heroes, Trials of Mana offers up a new epilogue that starts with returning to the Valsena Library and reading a peculiar book. The messages within reveal the existence of new abilities for each character (with the simple but easy to remember name of 'Class 4') to unlock. This involves returning to a place of importance for each character and typically ends in a fight to help unlock the secret items needed to evolve into Class 4. These new classes branch off the previous choices for each character and raise their abilities to significantly more powerful ranks. 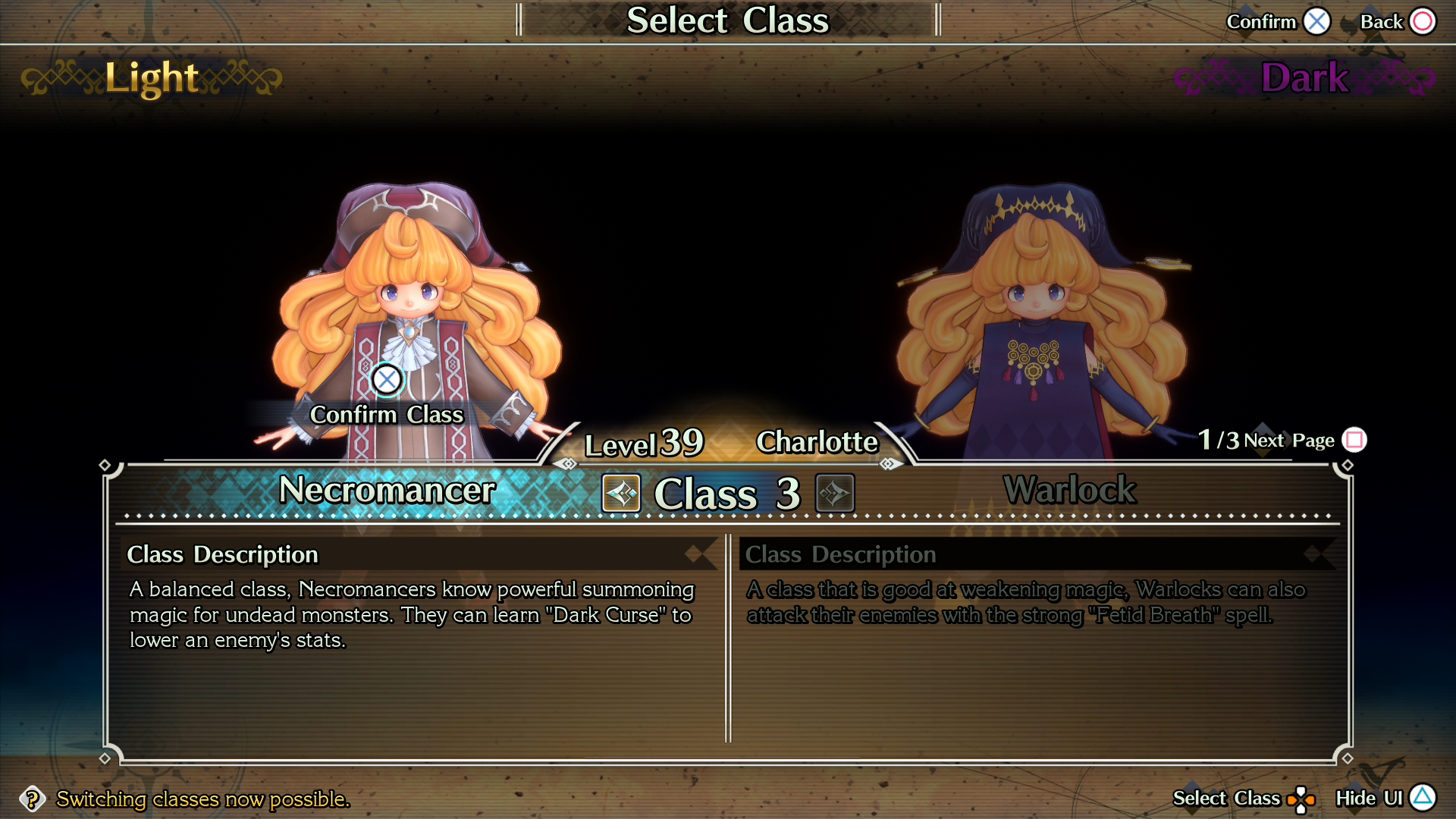 Trials of Mana still retains the class system of the previous SNES classic, for better or for worse. Upon reaching a certain milestone (level 18 for the first upgrade, level 38 with the requisite item for the second), players can visit a Manastone and upgrade their class down either a Light or Dark path and again for the third tier of classes, giving players a choice of six new classes to transform into. Each set of Light or Dark classes has their own specialties and perks, so it's difficult to recommend an ideal loadout for every team composition, but I will say that Kevin fits the role of party healer immensely well as Warrior Monk despite a slight reduction of damage versus his Dark class type.

Unlocking the third tier of classes still requires the use of ??? Seeds at strategically placed flower pots, but the drop rates seem to be higher for seeds of all types compared to the original game. Even if you're already level 38 (an easy feat for the remake) early on in the story, you still won't see these seeds drop until the second half of the story when tasked with taking down the eight Benevodons. In the original Trials of Mana, players were lucky to unlock their final class upgrades until the very end of the campaign; now, players can hunt down their class items and grind out a little bit of experience to unlock and play as their powerful class archetypes just over halfway through the adventure. It won't be uncommon for players to level up to the mid 60's by the time that their adventure comes to a close (the level cap remains 99, but unlike the original, this is completely attainable with a bit of postgame grinding). 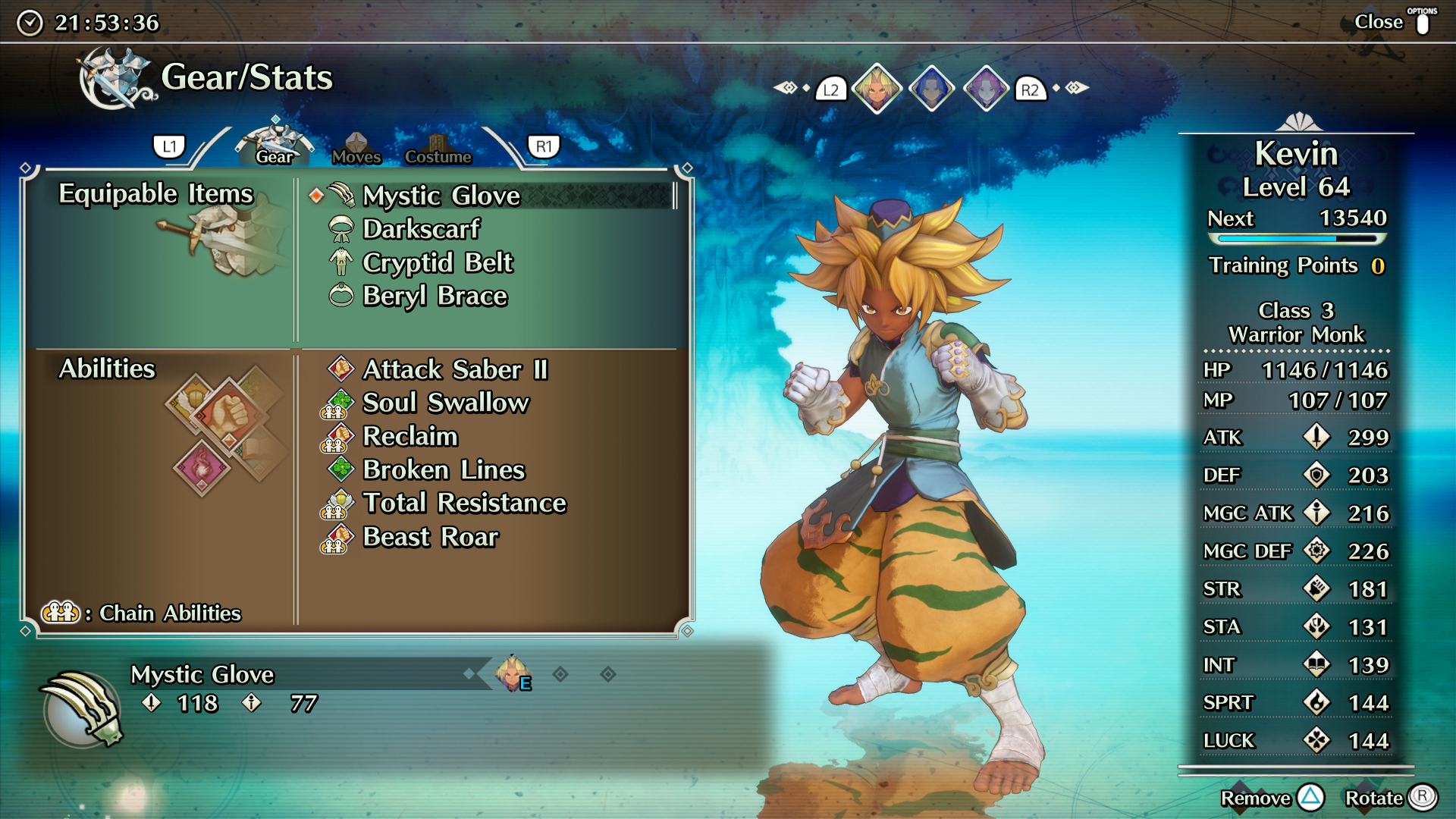 Chain abilities are an interesting new addition to Trials of Mana's remake. Typically unlocked through in-game accomplishments (such as talking to the right NPC at key moments) or upgrading characters with skill points, these often provide passive bonuses that can come close to breaking the challenge curve if you get the right setup. Some skills are locked to that particular character, while others can be freely utilized between all three characters. Best of all? Any chain ability you've unlocked can then be used in future playthroughs via New Game Plus. If you're tenacious enough to find all fifty L'il Cactus (Trials of Mana's new collectible that pops up in nearly every map), you're rewarded with a chain ability that lets you start every battle with an extra 200% CS gauge, while beating the postgame boss and unlocking New Game Plus rewards the entire team with a 300% boost to experience points.

The combat to Trials of Mana is its biggest change and I waited until this moment to talk about it because of the class changes. Magic is far more valuable in this reenvisioned action JRPG as players can quickly swap to another character via the ring system and have other characters cast away freely without the spell animations freezing the screen (a feature that's solely reserved for the gauge-based Class Strike abilities). It's as simple as pressing Up on the directional pad to pause the action while selecting a character and spell to cast before control swaps right back to the player character.

Transitioning to 3D battles means there's more awareness of what's going on around the player and having the ability to jump or roll away from incoming attacks (blocking sadly isn't an option unless you count Duran's passive shield bonuses). Many enemy attacks are telegraphed with glowing red spots which, if you've played a modern MMORPG, are a good sign to stay clear. Most bosses that the player encounters in Trials of Mana follow a sort of raid theory with unique attacks that players must try to stay away from before attacking a weak point, usually while the boss is immune to regular attacks. Various totems or split forms pop up in fights that have to be defeated before the boss casts an often party-wiping attack, but these are quite obvious and don't require much effort to break down, assuming that all three of your party members are still alive. Because of how visible enemy attacks can be and the ease of evading them, I found that the remake's combat was significantly easier than that of the SNES version. If you find Trials of Mana to be too easy, you can adjust the difficulty levels at any time from Beginner to Hard, but I found this only affected how much damage enemy attacks deal to the player.

Even if you already know the story beats by heart and can recite the optimal path to beat all eight Benevodons by heart, Trials of Mana still feels refreshing enough to be considered a brand new game. If you've already paid off your Nook loans and are itching for a new single player RPG to enjoy at home, Trials of Mana is a modern classic worth considering.