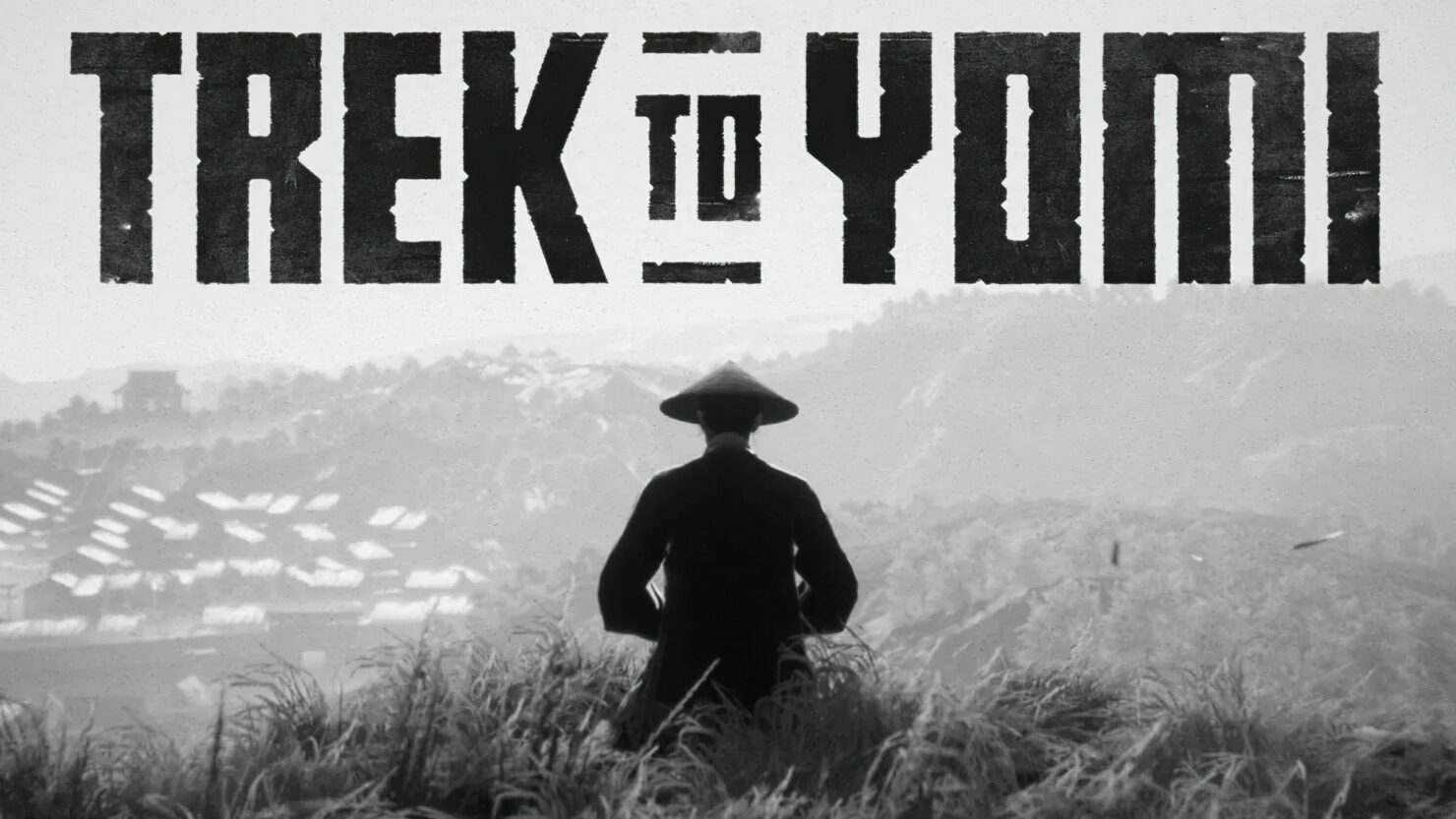 Flying Wild Hog has certainly been busy in recent years, not even stopping after the recent release of Shadow Warrior 3 on last-gen consoles. In just a short while, Trek to Yomi will finally be released, and we had the pleasure of taking part in one final preview at PAX East ahead of the full release on May 5th, 2022. My preview took part on a PC with an Xbox controller, but I’m looking forward to playing the digital release of Trek to Yomi next month on PlayStation 5.

The opening moments of my Trek to Yomi preview opened up at the very beginning of Hiroki’s journey to protect his town. Not long after picking up the controller but his village is under assault by rogue samurai who are both pillaging and torching the village without remorse. After picking an initial difficulty level (I opted for the hardest selection available at the start), it took no time at all to pick up and study the blade in real combat.

Trek to Yomi’s presentation is presented in grainy black and white and largely built around side-scrolling segments where players only have to focus on worrying about enemy combatants coming from the left and right. After completing each combat section, the camera often switches to a cinematic fixed angle (with the occasional zoom or pan) in the same vein as Onimusha. While there is a definite path forward, sometimes taking the time to branch out and explore inside burned-out shacks or down footpaths can reward the player with additional consumables or even brand new skills. In these moments of light exploration and artistic camera angles, the more than obvious Akira Kurosawa inspiration takes hold. 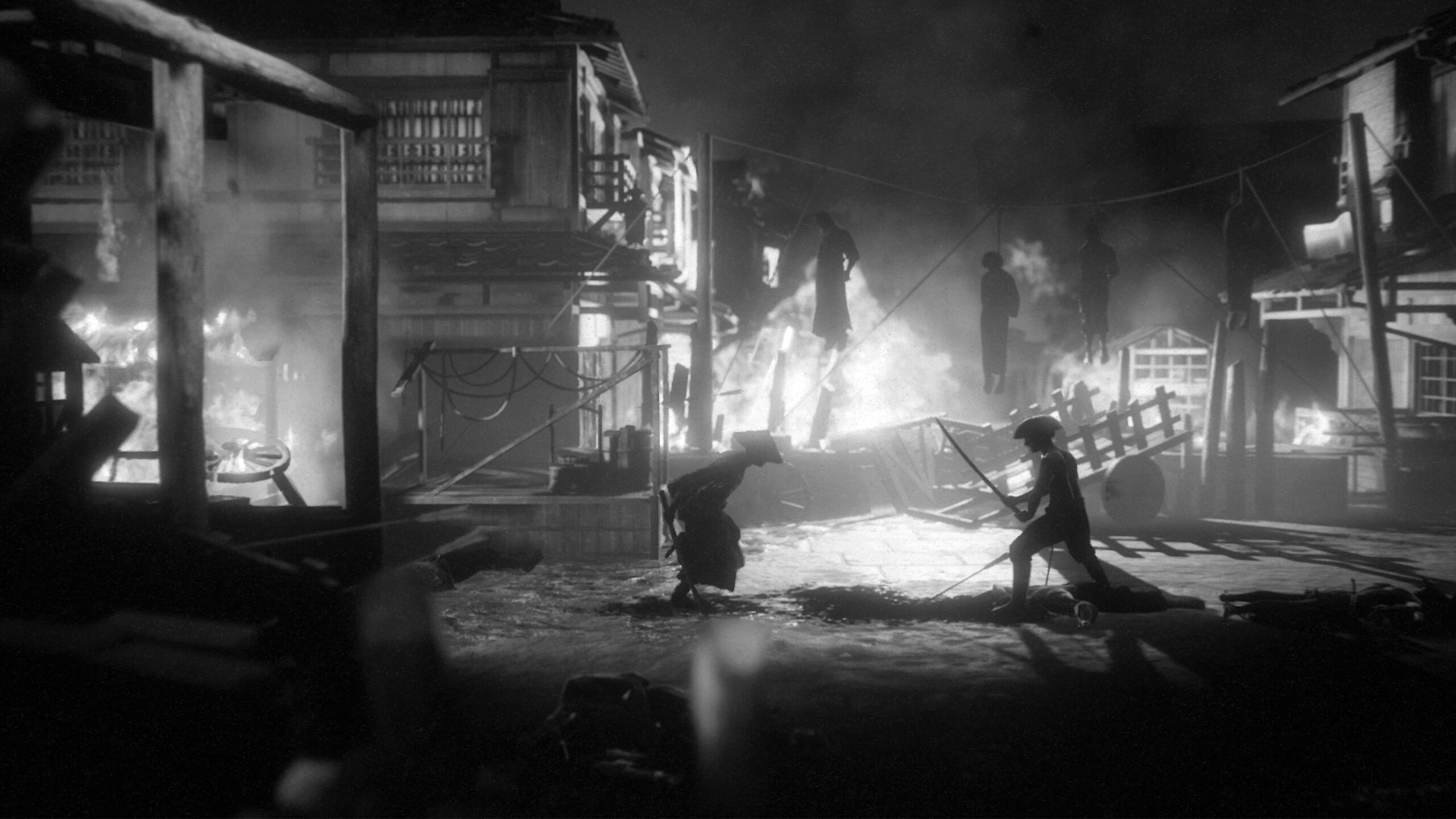 Hiroki’s initial toolset in Trek to Yomi is fairly limited to light attacks, heavy attacks, a simple dodge roll lacking in proper I-frames, and a small stash of shuriken that have to be replenished after each use. When I got into my first combat scene with enemies that came from both sides, I was frustrated that I could not block attacks from behind, especially when Hiroki tended to turn his back depending on the direction of the light attack performed. It wasn’t until midway through my demo that I unlocked an ability to block and parry attacks from any direction. Frequent frustrations with the moves available were often alleviated by picking up skills that smartly expanded Hiroki’s combat potential. These are typically moves that would be part of a player’s base set in other action games, but I was at the very least relieved to see that Flying Wild Hog understood what moves players would want to use in combat. One sword skill that I picked up could only be used when Hiroki’s back was turned to an enemy before turning about with a step forward and a heavy slash; this move wound up being my primary method of damage for much of the demo.

While I set out on my Trek to Yomi on the hardest difficulty, constant frustration with the combat kept me from getting past an early checkpoint guarded by an armored samurai. Try as I might, I couldn’t manage the juggling of limited stamina, a health point system that could only withstand a few direct hits before death, and the urge to try and deflect incoming sword attacks like I was playing Sekiro. Something about the strange timing to enemy attacks or lack of audio cues that could be discerned from the PAX East show floor made it all but impossible to progress. Even with committing to memory the enemy’s tendency to thrust not once but twice wasn’t enough to get a proper feel for the combat. I was forced to drop down to medium difficulty to actually progress through the limited demo. I’m sure once I have the opportunity to play on my own terms and learn the nuances of Flying Wild Hog’s take on katana-focused combat, I might actually be able to finish a level on the hardest available difficulty.

Playing through Trek to Yomi certainly did pique my interest for the full release when it arrives next month. Players won’t have to wait for very long to see Hiroki’s journey to the east finished as publisher Devolver Digital plans for a release on May 5th across all major platforms (minus the Nintendo Switch) for $19.99 as well as a day one release on Xbox Game Pass.