Shadow Warrior 3 introduces a bevy of currently-popular first-person shooter mechanics to the mix, including Doom-style combat and the now-requisite grappling hook, but is this the series’ breakthrough entry? Or will it continue to be overshadowed? Time to test this one’s mettle. 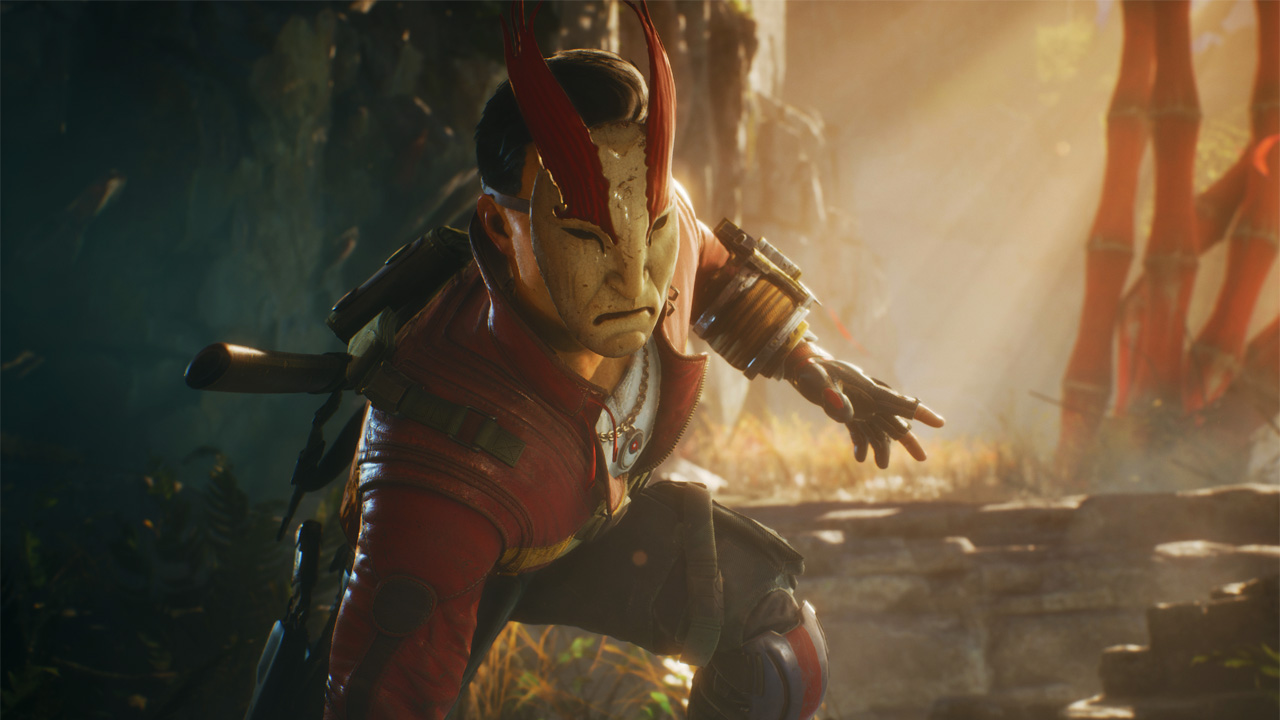 Shadow Warrior 3 continues from the ending of the previous entry in the series without much setup for those new to the story, although honestly, not a lot is needed. Much of the intricate backstory and lore of past games is cast aside this time around – all you really need to know is that there’s a big-ass dragon threatening the world, and it’s up to series protagonist Lo Wang to stop it. To do that, he’ll need to revive his old god buddy Hoji and team up with seemingly-reformed villain Orochi Zilla. Of course, one or both of your allies might have other schemes in mind.

Before we go on, it has to be said – it’s kind of astounding this game exists as it does in 2022. In an era when people are trying to be more thoughtful about how they portray other cultures, Shadow Warrior 3 is a Polish-developed game that indulges in every kung fu action movie trope imaginable. I didn’t find it too terribly off-putting, as I don’t think Flying Wild Hog are aiming to be malicious and the game’s world is so broad and silly it’s often hard to even identify the stereotypes they’re playing on, but your mileage will absolutely vary. More offensive to my sensibilities were the quality of the game’s jokes. I think the makers of Shadow Warrior 3 were aiming for edgy, but somewhere along the way, they took a hard left turn into Dad Joke Central. If you’re into references to Extreme Makeover (a show that’s been off the air for 15 years) and ribald parodies of “Another One Bites the Dust,” boy howdy, this is the game for you. I’ll admit, I’ve been known to tell the occasional dad joke myself, but this game drove me to my groaner breaking point (not an easy thing to do). 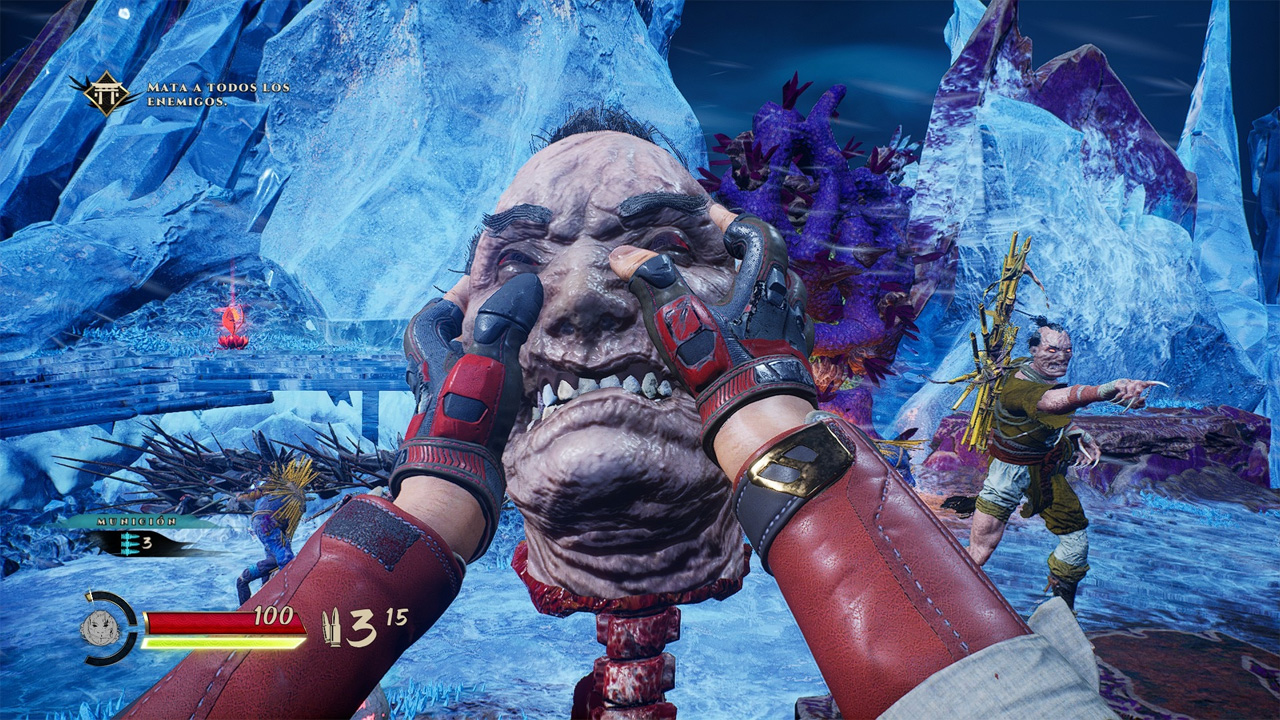 The Shadow Warrior series has long been summarized as “Doom with a sword,” which may sound a bit reductive, but well… if the shoe fits. Shadow Warrior 3 clearly takes inspiration from Doom 2016’s “push-forward” combat and Doom Eternal’s grappling-hook-heavy traversal. The more complex swordplay of past Shadow Warrior games is gone, as your blade now apes Doom Eternal’s chainsaw, causing ammo to drop when you score melee kills. Meanwhile, shooting enemies with ranged weapons will net you health drops. Shadow Warrior 3’s only real innovation are its new “Gore Weapons” – powerful items you get from performing finishers on enemies. Shredding baddies with a giant drill or a storm of lasers is fun, but the good times don’t last long, as these weapons are on a pretty short timer.

Doom’s combat mechanics were a great idea when id Software came up with them, and they still mostly work in Shadow Warrior 3, but several poor design decisions undermine their effectiveness. Shadow Warrior 3 litters its world with regenerating ammo and health pickups, so while “shoot enemies to keep your health up, move in aggressively to refill your ammo” is a well-balanced system on paper you’re not really forced to engage with it. I didn’t really find myself using the sword much unless a pack of grunts had boxed me into a corner. Shadow Warrior 3’s battle arenas are also generally smaller and less complex than what you find in Doom. Additionally, it sometimes felt like Flying Wild Hog were challenging themselves to collect all the most irritating enemy archetypes in one game. They’re all here -- enemies that run away from you constantly, ones that run toward you and explode, ones that burrow underground, and my personal least favorite, flying bullet sponges that constantly bombard you from above. 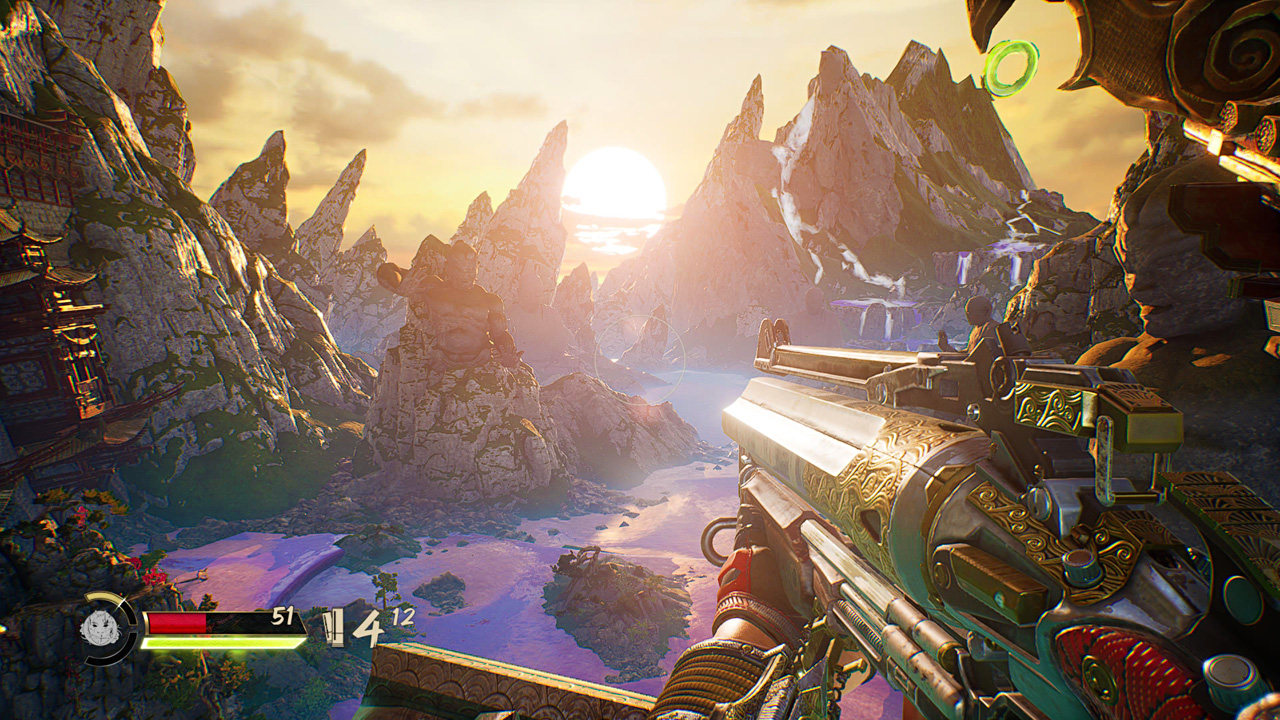 In between combat, Shadow Warrior 3 serves up platforming segments, which actually feel pretty good. Granted, the platforming is fairly automated, but swinging from grapple points and wall running is fun, and checkpoints are generously allotted in case you take a wrong step. Unfortunately, Shadow Warrior 3 quickly falls into a predictable pattern – platform for 5 or 10 minutes, clear out a battle arena, repeat. The only thing that really breaks up the monotony are the boss battles, and while they’re fun and well-designed, there’s only two of them in the whole game.

Visually, Shadow Warrior 3 can be eye-catching at times with its bright color scheme and sometimes-impressive skyboxes, but for the most part, this is a last-gen game (the game isn’t available natively on PS5 or Xbox Series X/S) that looks its age. While performance is solid on PS5, glitches dog the game, with floating enemies, weird visual aberrations, and drops through the ground into the abyss being all too common (surprisingly, the game never fully crashed on me, though). 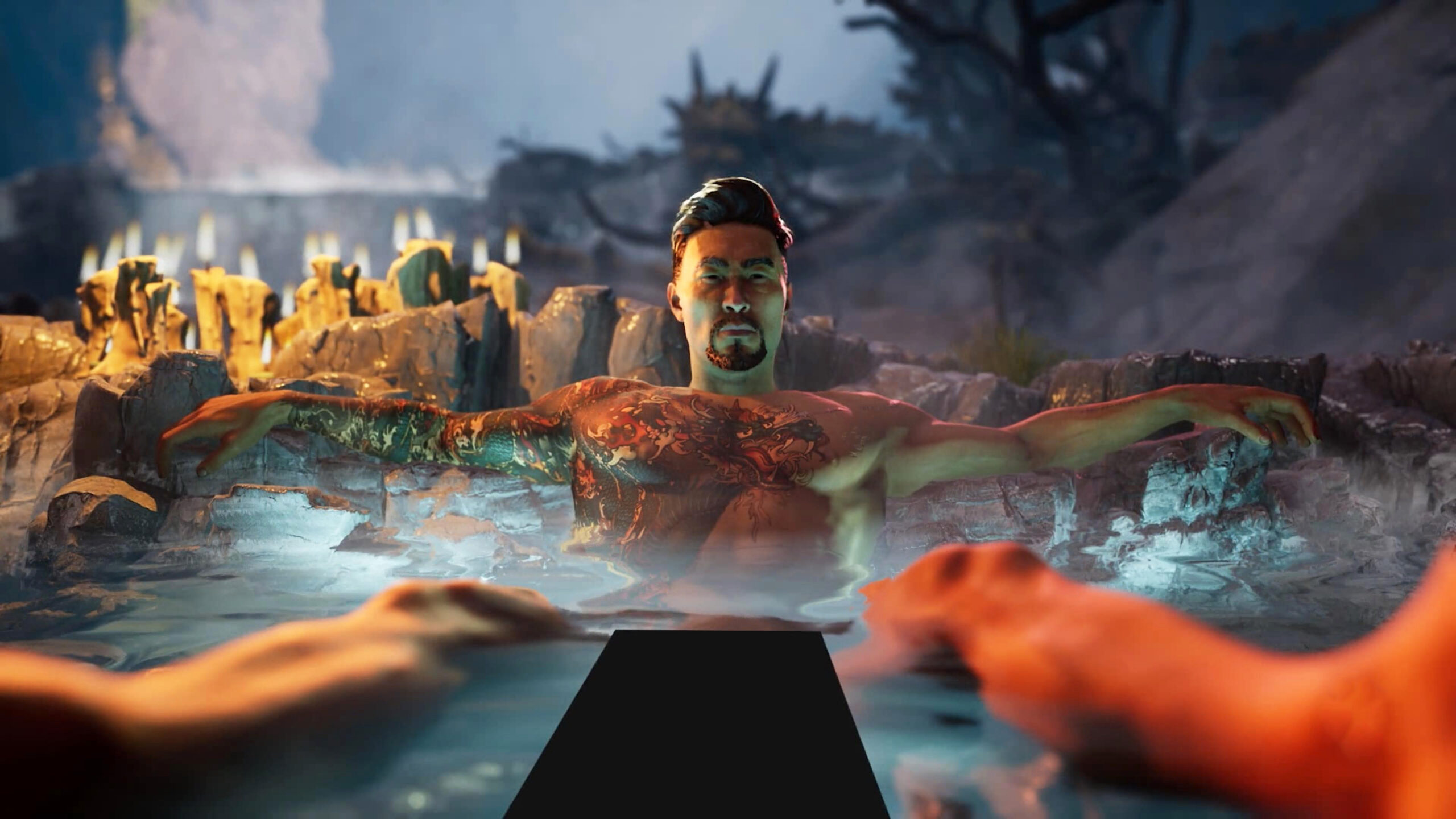 Overall, Shadow Warrior 3 just doesn’t feel very ambitious, particularly following in the footsteps of Shadow Warrior 2, which toyed with a more open world design, procedural generation systems, and co-op. That game didn’t entirely work, but at least Flying Wild Hog tried some stuff. It feels like they’ve retreated to the bare minimum here, serving up a simple, linear, single-player-only campaign that barely surpasses the six-hour mark and doesn’t provide much replay value. Sure, you could tackle the game again on a higher difficulty, although listening to Lo Wang’s one-liners again may prove too challenging for some.

This review was based on a PS5 copy of Shadow Warrior 3 provided by publisher Devolver Digital.

Shadow Warrior 3 offers some competent (albeit mostly borrowed) core shooting mechanics and first-person platforming, but uninspired, repetitive level design, irritating enemies, and a withering onslaught of dad humor may leave you longing for relief before the game’s relatively-brief campaign wraps up. Shadow Warrior 3 isn’t without its moments, and may be worth a shot at a considerable discount, but this franchise is still eclipsed by the FPS big boys.