Transformers Devastation to Run 1080p 60fps on Both PS4 & Xbox One; PC Gamers Getting as Much as they Can Handle

Activision and Platinum Games have recently released an impressive gameplay trailer for their upcoming Transformers Devastation title. Developed by PlatinumGames, directed by Metal Gear Rising: Revengeance’s Kenji Saito. Producer Robert Conkey confirmed at Gamescom that the game will run at 60 FPS on all consoles while resolution will be 1080p on PS4 and Xbox One, and 720p on PS3 and Xbox 360. PC gamers will be getting as much as their rig can handle. 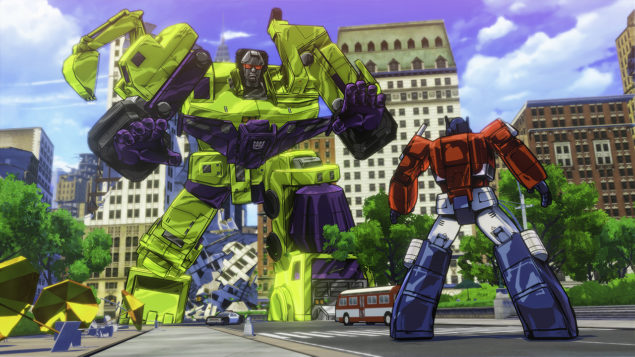 DualShockers talking with producer Robert Conkey and director Kenji Saito, learned a few more details that can be viewed below: