Trails In The Sky The 3rd PC Was The Only Choice For XSEED, Ao/Zero Localization Is Not Certain

Yesterday, fans of The Legend of Heroes series have had a lot to be happy about, as XSEED has confirmed not only that Trails of Cold Steel II will be released this year on PlayStation 3 and PlayStation 4 in North America and Europe but also that Trails in the Sky The 3rd will be released in the West next year on PC. As the first two chapters of the Trails in the Sky series have also been released on PSP, some are disappointed that they won't be able to enjoy the full series on PSP and PS Vita as Japanese fans can. A few hours ago, XSEED's Thomas Lipshultz has shared more on the team's decision, as well as more on the possible localization of two other entries of the series. 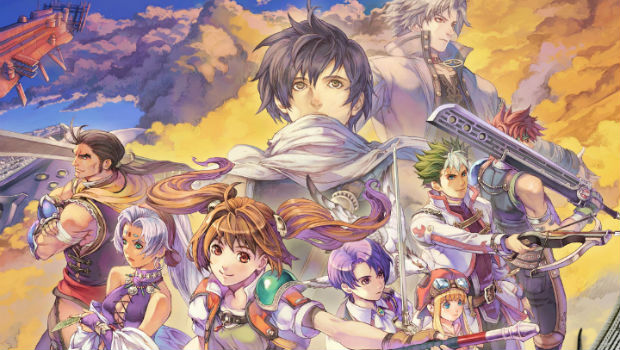 I understand handheld gamers are upset by the PC-only nature of this announcement, but let's be clear here: we announced the game for PC only because that is literally our only option. Or I should really say *the* only option, since no other company would have any more luck with the other versions than we did.

We explored all other possibilities for releasing this game, including PSP, PS3, and Vita alike, and have determined after much effort that they are all completely nonviable. It was literally PC-only, or no Trails 3rd. Period. I understand that's a tough concept to accept, especially considering I can't really give you guys a full explanation as to why these versions are nonviable -- but you're going to have to trust me on this one! We tried. We really did.

And if anyone truly believes not releasing the game at all would be in some way better than releasing it on PC only, they'll have 100,000+ Trails fans to answer to on that point. I'm pretty sure the fanbase would rather get the game in some playable form, given the options... and I'm also pretty sure they would not take too kindly to someone selfishly suggesting they should be deprived of that experience.

Thomas Lipshultz has also shared more on the possible localization of the two entries of the series following Trails in the Sky The Third, Ao no Kiseki and Zero no Kiseki, commonly referred as the Crossbell games. According to Mr. Lipshultz, it's too early to speculate on the two games and that the feasibility of releasing the two games is still rather shaky. To increase chances of a localization, fans will have to continue supporting the series and hope for the best.

It's definitely too early to speculate on Zero and Ao, though. We are, as always, taking this one step at a time. Or I guess two, since we're currently working on two different Trails games at the same time -- but that's probably more the exception to the rule than it is the rule itself. 😉

For now, we're just letting Zero and Ao stew a bit, and we're going to play the rest of the series by ear as time goes on. Basically, this announcement DOES NOT mean Zero and Ao are sure things down the line, so I wouldn't suggest anyone get their hopes up about that quite yet. It would be cool if we could work on them and finish off the series to date, but the feasibility of doing so is still rather shaky.

Trails in the Sky The Third will launch on PC sometime during 2017.