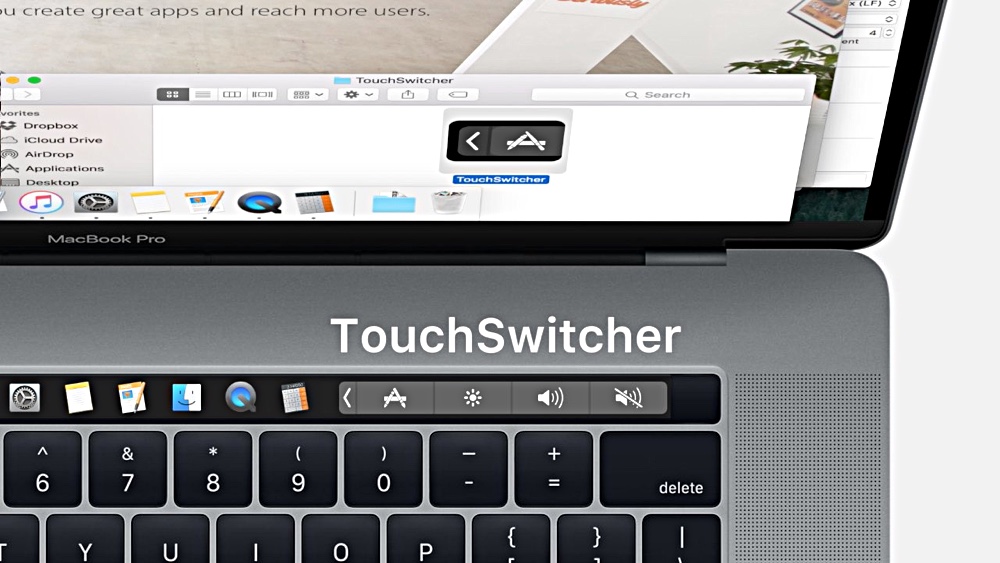 A lot of users love running multiple apps on their Mac to quickly get some serious work done. But switching between those running apps can be a pain in a lot of cases. A pain which can be somewhat minimized if you resort to certain app switching apps on the Mac App Store, but they're not that great as they require multiple clicks and key combinations in order to work. But if you happen to have a 2016 MacBook Pro with Touch Bar, then the process of switching between apps becomes a piece of cake, no thanks to Apple.

An app, which goes by the name of TouchSwitcher, simplifies the process of switching apps on your new 2016 MacBook Pro as it adds an app switcher right on the Touch Bar. This means you can switch between apps simply by tapping on your recently opened app. The process is absolutely seamless and makes us wonder why Apple didn't bring this to the MacBook Pro as a native feature. Nonetheless, it's here, and you can download it right away.

Use this Touch Bar utility to switch between apps on the new MacBook Pro. The most recent ones are shown closer to the TouchSwitcher icon. That way juggling several recent apps is fast and easy. Forget the Dock and tap on app icons directly.

In case you're wondering how the app works on the Touch Bar, check out the video demo below. It might look like a lot of work, but trust me, after a few minutes of practice, you can blitz through switching apps like a pro.

The app is absolutely free to download and use. You can kick things off by heading over to this link. Once you do install it, make sure you let us know how it fared for you in the comments section below. We are certain power users will find it most useful.

If you do not have a Touch Bar MacBook Pro, then the best free option for switching between apps is by using the trusty old Command+Tab key combination. It gets the work done, but it's not really what I'd call 'intuitive.' But for a lot of people, it's the way to go.