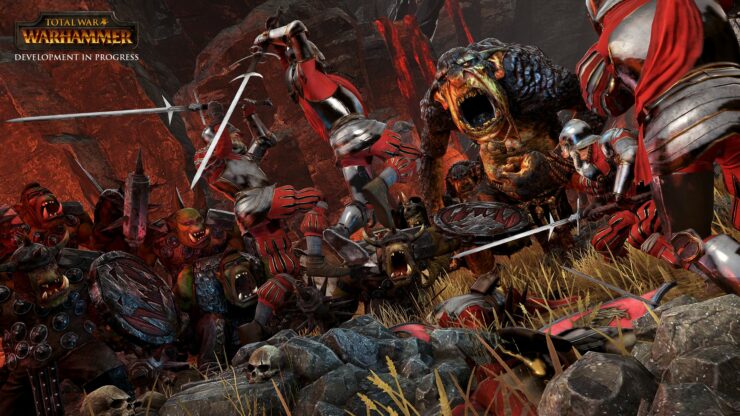 Fans of Total War: Warhammer will be happy to learn that the already great Assembly Kit is getting a battle map editor that the developers have nicknamed Terry.

The battle map editor is currently in BETA and can be accessed by completing the following steps:

• In Steam, hover over “LIBRARY” and select “TOOLS”
• Search “Total War: WARHAMMER – Assembly Kit BETA” and install.
• Right-click “Total War: WARHAMMER – Assembly Kit BETA” and select “Properties”.
• In the Properties window, select the “BETAS” tab.
• In the “Enter beta access code to unlock private betas:” please enter the code: fjesij4issfgwse30s334
• Click the “Check Code” button, then select “cascade2 -” from the “Select the beta you would like to opt into:” drop-down box.
• The Assembly Kit will update to the version including the Terry tool.

The full release is scheduled to hit later this month. The full features of the map editor have also been detailed by Creative Assembly:

• This Beta is for Windows 10 users only. Windows 7 and 8 will be available at full release at the end of February.
• Grass currently does not generate on maps in game.

• Land battle map editing for custom and multiplayer battle.
• Full suite of environment models, props, SFX and VFX for map creation.
• A.I. hints, deployment editing, no-go regions, terraforming, texture terrain painting, vegetation terrain painting and more.
• Customizable layout and layering within the tools for easy organization and navigation.
• Easy one click export that creates a .pack file for you map, allowing you to toggle it on and off in the Total War Launcher as you wish.
• Live map transfer in multiplayer. Simply host a game with a custom map and other players will download it automatically without the need to subscribe on the workshop. The maps will be deleted after the battle (unless subscribed to in the workshop or manually placed in the game data folder)
• Share maps via steam workshop and subscribe to your favorites. Having maps enabled will not affect your ability to join multiplayer games.

Unfortunately, this doesn't mean a proper campaign editor is coming. Here's why:

The way we build the campaign map at CA is through a series of processes involving a mix of tech we make and 3rd party tools we don’t own the right to distribute, within a development version of the game. This is the best way for us to create our games, and we don’t use an all-in-one editor that you might be thinking of.

While it is theoretically possible to create an editor like this, it wouldn’t benefit our development process, would take us a long time and delay the next Total War releasing and would mean that we’d be making an editor and not a game, which is what we would much rather do.

Total War: Warhammer launched in May 2016 to favorable reviews. Our Chris rated the game 9/10, with the following summary:

Total War: Warhammer is quite possibly the most exciting strategy game to come out in a long time. It's a huge change for such a long running franchise, brings in so many new features that work so well, and looks downright stunning as huge numbers of fantastical creatures create all manners of havok across the battlefield.