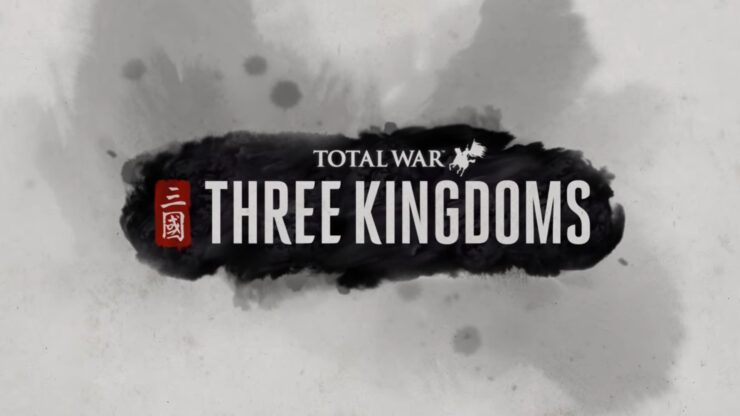 One of the more interesting aspects of Total War: Three Kingdoms, the game I've been looking forward to this year, that I had a hands-on with last year and has sadly recently been delayed, is the dual game modes featured within the game. These are Romance Mode and Records Mode.

Romance Mode, which we've primarily covered in the past, is new to the series. The Three Kingdoms era was a time of heroes, legends and more than a few fantastical elements. This has been popularised primarily through Dynasty Warriors, which borrows heavily from Romance of the Three Kingdoms - something Romance Mode will do.

On the other hands, we have Records Mode. This will most likely be based on the Records of the Three Kingdoms book by Chen Shou (an official of Shu-Han within the Three Kingdoms period) and, as you will find out, be more based in reality and more akin to the Total War games of old. The differences between Romance and Records will be clear and evident from the get-go. 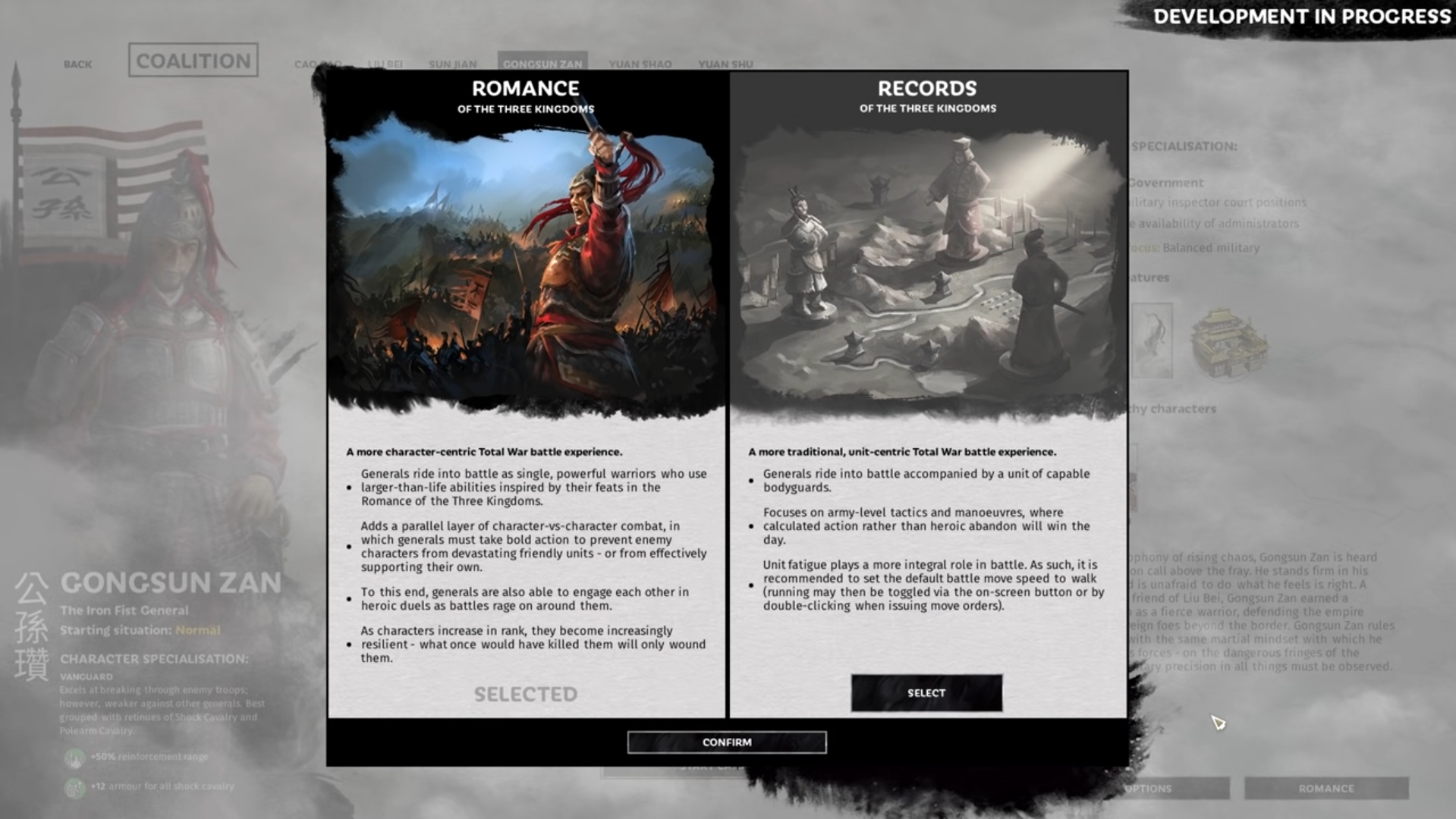 As you can see from the image above, one of the key differences is the function of generals. In the Romance mode, you're likely to find elements like Zhang Fei at the bridge of Chang Ban, bellowing a challenge to a whole army and his shout alone kills an opposing general (the fictional Xiahou Jie). This runs in line with romance mode where generals will wade into battle as a single entity. Not only that, they have their own abilities and skills that can help change the tide of a battle. Those riding alone also allows fantastic duels between generals - something I did get to witness last year.

That's Romance. Records is more for those wanting historical authenticity. Much like generals from previous Total War titles, they will ride in alongside their own retinue of guards who fight alongside them. They may offer a boost to morale, but cannot wade into battle as a single unit, duel or perform incredible skills as in Romance.

Sega has now released a 23-minute video feature covering a battle that takes place in Records mode, this will feature at the bottom of the post. In addition to this, there is also a short video showing the differences between Romance and Records mode, which can be found here.

In our current tests, Records battles can last up to 30% longer, playing more as a game of tactical chess than an all-out brawl. This comes down to units becoming fatigued more quickly, reducing the damage they dish out as they tire. The result is an increased pressure on player choices – knowing when to invest energy and how to maintain an advantage.

In this battle, the Ironfist warlord, Gongsun Zan, must use military precision to best the opposing warrior Ma Chao, the loyal heir of Ma Teng. Who will emerge victorious?

Three Kingdoms: Total War is now scheduled to release for the PC on the 23rd of May, 2019.