Al: Well, it's a player choice. In previous Total War games, we've had agents. This agent is a Spy, this one is an Assassin. Here, we're building more rounded and more faceted characters. They build friendships with other characters, completely out of your control. You can get two characters that form a strong friendship and if one leaves, his friend may have a closer bond to him than with you and leave with him. Characters also have a satisfaction level, showing how satisfied they are with the world around them.

Attila: What's great is that all the characters are persistent and how it elegantly works for spies. So, for example, you can place one of your generals out into the recruitment pool for another army. They see him as a recruitable general, only you know he's a spy. The base level, passive spying, will make the whole of enemy territory visible.

From an active level, we have something call cover points - how much your cover is intact. You'll burn these by performing actions, which regain over time as a general appears loyal and is under control from the faction he is spying on. The best part is that the general can be promoted, getting even higher and potentially even trigger a civil war. If you general wins, you can effectively take over the entire faction.

Al: Imagine it in multiplayer

Attila: That's a good point. We changed multiplayer a bit around that. Imagine playing with your friend. Maybe they'll backstab you, maybe you'll backstab them? You're always paranoid, you'll never know.

Al: I've got to say, in that situation, I'd say both parties will at least plant spies at the very base level to keep an eye on the other persons' territory.

Chris: That just sounds fantastic and no doubt, you've got to plant a character in that situation just to keep an eye on them. But carrying on with characters and their personalities. You say it's out of your control, but do you have a level of indirect control like having some fight battles together?

Attila: Yes. So, for example, you do have indirect control, but it's more like building a team. When you hire someone, for example, you don't know all the personality traits they have. As you're getting to know them better, you'll figure out how they work. Sometimes, based on their personalities you can end up with problems if people clash, such as a venerable person and a cruel person.

So when you have all this information, you still have control. You can put compatible people in the army so you're not directly saying you're going to be friends with them. You can create the scenario and get events where similar characters can just get along really well. So you have indirect control over it. Though when it comes to satisfaction with the leader, you do have control over it. You can promote a character or give them a rare weapon or mount, like Red Hare. But is it enough? Again, if you're cruel and your actions go against the people, you could easily drive away venerable characters. 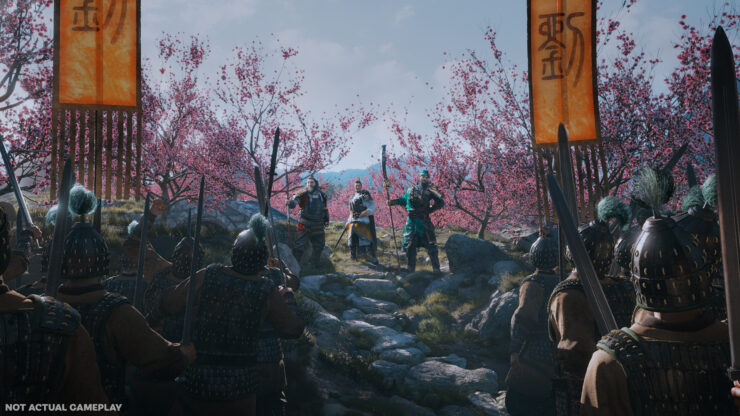 Chris: So characters have a massive amount of detail in them. Has city development changed at all?

Attila: We've done a different spin on city development but it's still coming from previous titles. You still have a limited amount of slots but previously you had small and large cities. Now you have other settlements that are more specialised and you can exploit combinations of that... But we can't talk about it too much though. Sorry!

Chris: Ooh, that's a tease! I should stop asking good questions. Ask simple ones like "How did you come up with the name?"

Attila: I don't remember. I think I read a book!

Attila: So we've got certain things from previous games but we wanted to push it further. The idea we had is that it felt templated the way you were playing. We wanted to push that out, a lot.

works in a different way. Your heroes bring a retinue with them to the army. Each hero based on who they are and their class has access to certain recruitment options.

Chris: So each hero has specific units they can have?

Attila: We didn't want to limit players too much. Most of it is shared, but everyone has access to unique units based on their class. You will have seen some of them in the battle, the pearl dragons, the ones that attack you from the back?

Chris: Yeah! It was a difficult battle but I managed to beat them.

Al: Did you cut the head off the snake, so to speak? Did you kill the enemy generals?

Chris: Yeah! I killed all three of the generals. I used Sun Ren's abilities in regular battle to whittle their life down before challenging them to a duel because she can't win a duel with them from the start.

Attila: Lu Bu is interesting. He is more like the vanguard, but he is a bit of a hybrid.