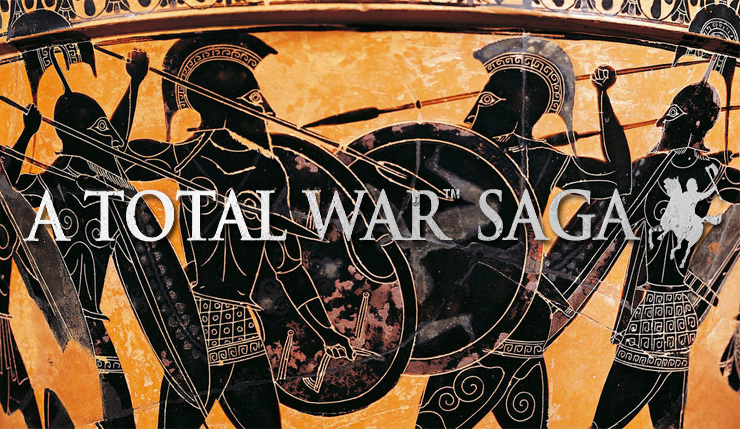 Creative Assembly’s next big strategy extravaganza will be headed to ancient Greece, if a recently unearthed trademark filing is to be believed. A poster on the Total War subreddit recently discovered a listing for Total War Saga: Troy on the UK's Intellectual Property Office website, which lines up with recent scuttlebutt about what Creative Assembly is working on next. Take this with a grain of salt if you must, but it seems very much like this is the real deal.

For those unfamiliar, the Total War Saga games are spinoffs of the main Total War series, which focus on more constrained time periods, rather than vast eras. Other than that, they’re full-fledged Total War experiences with all the features you would expect. Wcctech’s strategy connoisseur Chris Wray though the first game in the spinoff series, Total War Saga: Thrones of Britannia, was a worthwhile effort…

Thrones of Britannia is a more streamlined, sleeker and quicker Total War than those before it. Thankfully, the changes to made to the Total War formula offer new opportunities and one of the more tactical campaign maps than ever before. While it still suffers from some issues, like boring end game and being altogether too easy, there's still a whole lot to gain from playing Thrones of Britannia.

Troy/the Trojan War is certainly an interesting subject for Creative Assembly to take on – while there’s probably some truth to the tale, the Trojan War has been heavily mythologized, with most of the elements people know, like the infamous Trojan Horse, likely being invented. Will Creative Assembly be diving headlong into mythology with Total War Saga: Troy? Will the game focus heavily on siege tactics, since that’s what the Trojan War was all about?

Update: In related news, Creative Assembly has just announced that 2011's Total War: Shogun 2 has been re-branded Total War Saga: Fall of the Samurai. It's somewhat odd move, but it definitely points toward CA having a lot of confidence in the spinoff series...

SHOGUN 2 – Fall of the Samurai is joining the Total War Saga family!

The game will become A Total War Saga: FALL OF THE SAMURAI on Steam and existing owners of the game will receive all DLC (excluding the blood pack) as a free gift.