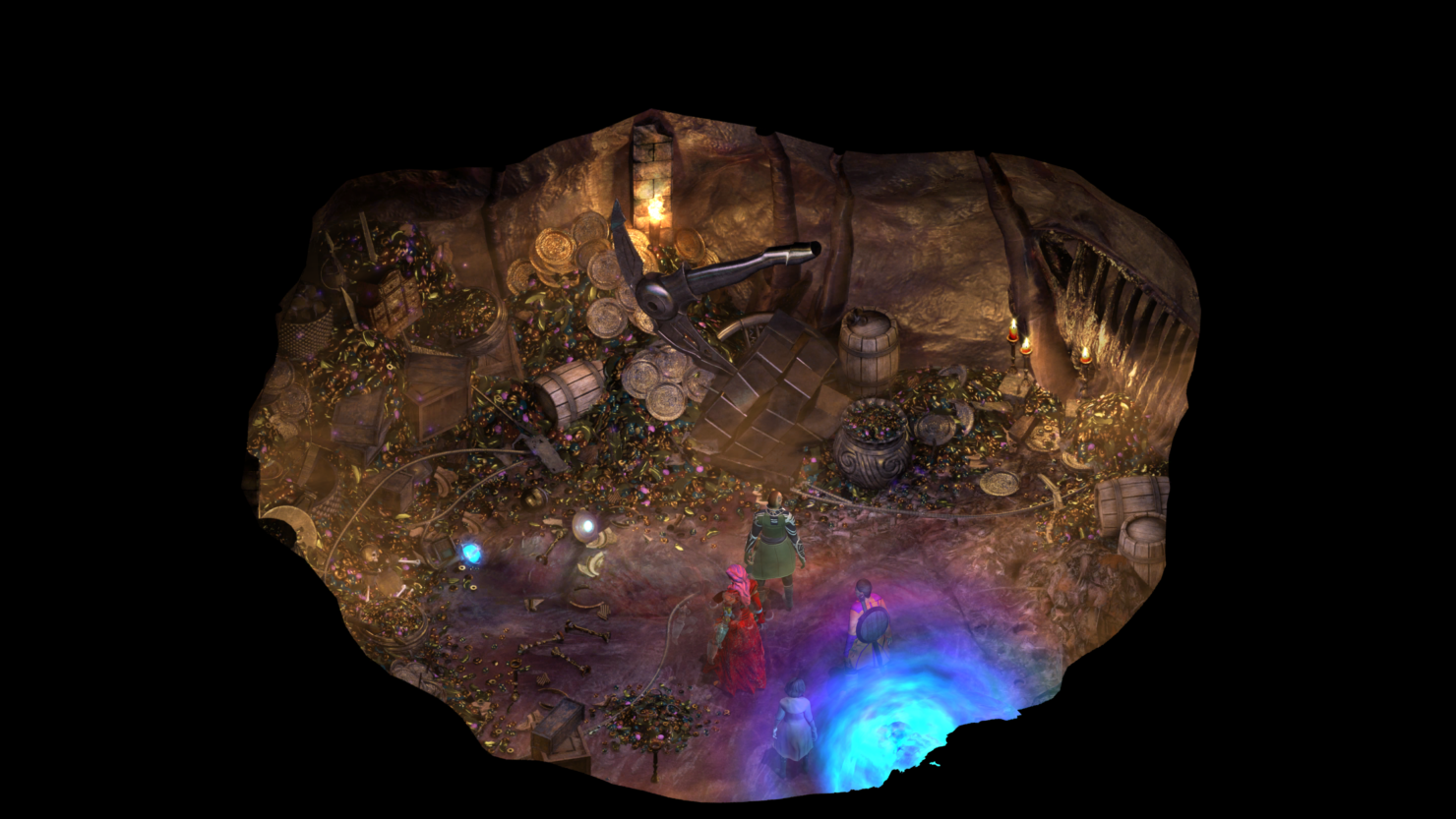 Have you ever picked up a book from your local library and started skimming from the middle of it? No? I’m not surprised because, well, that would be crazy. This book analogy is exactly how my time playing Torment: Tides of Numenera felt. After a long series of events had occurred in the game, the main character, along with his or her party, find themselves inside a city that happens to be inside a giant alien. Seriously.

Unlike my session with the game, I’ll attempt to give you all some much-needed context for this complicated series. Torment: Tides of Numenera is an RPG created by inXile Entertainment, the developers of Wasteland 2. If the game’s name sounds somewhat familiar to you, that is because the game’s life began on Kickstarter back in March 2013. Brian Fargo, founder of inXile Entertainment and co-founder of Interplay Entertainment, stated that Torment would become the spiritual successor to Planescape: Torment. To this day, Planescape: Torment remains one of the most critically acclaimed RPGs of all time. 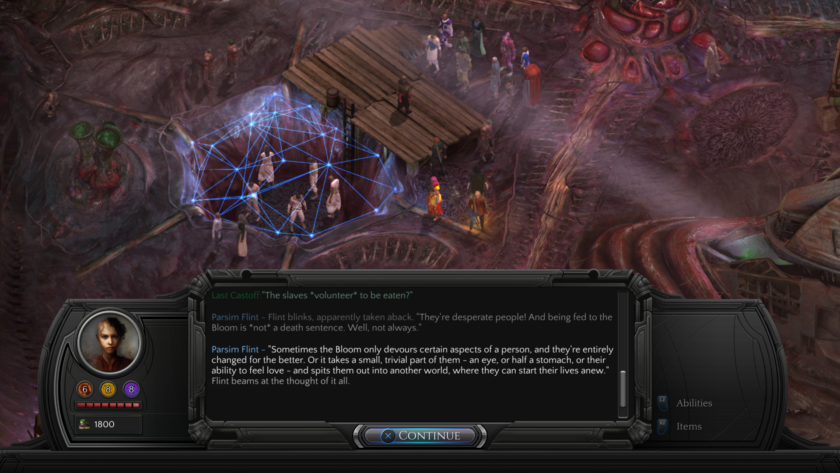 As the Last Castoff, I explored 'The Bloom' (the giant alien I spoke about earlier), searching for clues on how I could stop The Sorrow. In addition to this quest, I also took any chance I got to find out more about the person I used to be before being consumed by the Changing God. Most of the NPCs I spoke to couldn’t help me figure out what I was supposed to do, but they did give me plenty of information relating to The Bloom and how the citizens react to living inside a creature.

On paper, I can understand how this all sounds fascinating, and I’m sure it would’ve been if I understood how to do practically anything in the game. Torment features plenty of mechanics that require some time to understand. Whether you are experiencing the combat for the first time or even just trying to get to grips with the vast story, you’ll need more than an hour to fully understand what you are actually doing. This preview event dumped players more than half way through the game, skipping all the basic tutorials.

As I’ve stated several times now, the setup for this preview event of Torment: Tides of Numenera was less than ideal; however, the game’s positive qualities shine through despite the awkward introduction. The premise for Torment’s story was enough to make me want to play the game. Already I can tell that the story in this game is unlike most games on the market, and that isn’t taking into account any of the reactivity in the game where your decisions shape the story. There’s a reason why this game took over four years to create – if you take a look at Torment’s Kickstarter page you’ll see just how many stretch goals the developers had to reach. 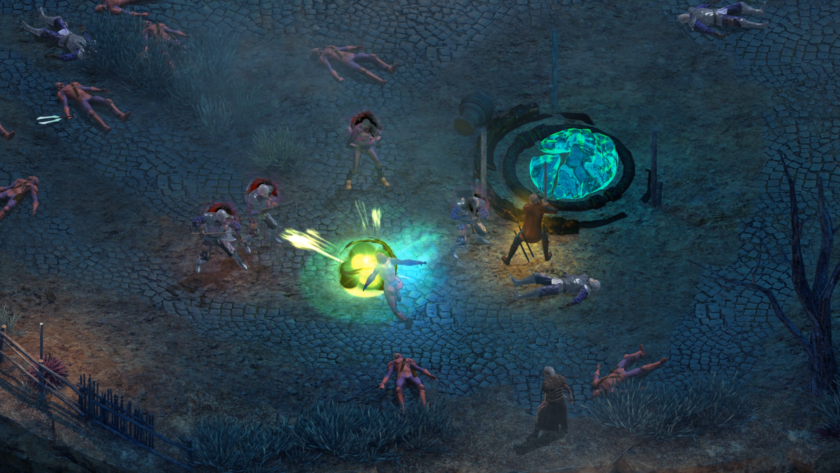 My play session of Torment took place on an Xbox One. The game’s framerate seemed to fluctuate between 60FPS and 30FPS (sometimes lower) depending on the scene. Of course, all of this is subject to change as this was an early build of the game. Torment is first and foremost a PC game which has very obviously been designed with a keyboard and mouse in mind. The controls for the Xbox controller worked well enough, and thankfully you can also use a controller on the PC version of the game. If you are sensitive to framerate changes, I would recommend picking up the PC version over the two console ports. While I did not get to try the PC version, I spotted the game ran at a flawless/stable 60FPS.

So, does Torment live up to the incredibly high standards of its predecessor? Unfortunately, I cannot verify this as I have never played Planescape: Torment (to be fair, I had only just turned six years old when it was released). This is almost certainly going to be the case for most people who haven’t already backed the game on Kickstarter. Let’s be completely honest, if you are even remotely interested in CRPGs then you’ll have heard of this game by now considering who is making it.

I came away disappointed with my time with Torment as everything seemed too complicated for me to understand in less than an hour. It doesn’t help things that I was dropped roughly sixty percent of the way through the game (again, I’m using the book analogy here). The difference between Torment and any typical bad game is that I still wanted to play it, except this time I would start it from the very beginning. I can’t personally recommend Torment based off of what I played, but if you like the sound of the premise or if you are familiar with CRPGs then you will probably love the full game once it becomes available.

The official launch date for the game is February 28th for PC, Xbox One and PlayStation 4, so it's only a month away. Do take a look at our exclusive developer interview with inXile's Colin McComb and Gavin Jurgens-Fyhrie to learn more about Torment: Tides of Numenera.

Finally, for those who would like to play the original game, Planescape: Torment isn't available on Steam, but it is available for a low price from gog.com with the bonus of being completely free of all digital rights management (DRM) consumer restrictions. Bargain.