Tomb Raider is going through another transformation, this time we are moving away from the earlier Tomb Raider games and explore a darker side of Lara Croft as she is stuck alone on an island surrounded by people and animals that are out to kill her, while the game looks good enough and is geared up for a 2013 release date there was a question of what goodies people who pre-order the game would be able to attain, it seems that the pre-order bonuses actually look very good and are more of collectors items except for the GameStop pre-order which is only an exclusive Tomb for Lara to raid. 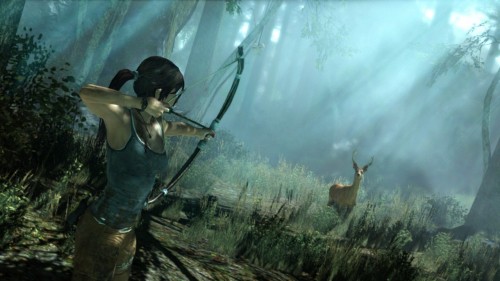 If you Pre-Order Tomb Raider from Best Buy: (Here) 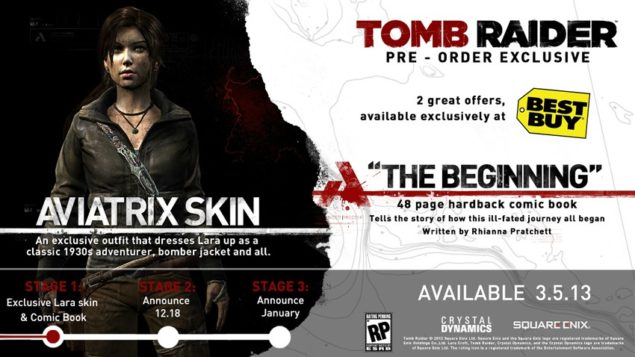 You get a 1930's themed outfit for Lara, mainly a bomber jacket and an accompanying satchel but you also get a 48 page hardback comic book titled "The Beginning" which is a prequel leading to the events in the game itself. I'd say its a pretty good deal!

If you Pre-Order Tomb Raider from Amazon: (Here) 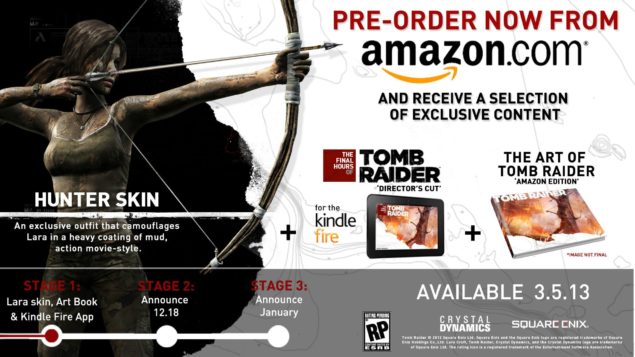 You get a hunter skin for Lara made covered in a coating of mud and fits an action movie style, but you will also get "The final hours of Tomb Raider: Directors Cut" for the Kindle Fire and "The art of Tomb Raider (Amazon Edition)" artbook which is once again a pretty good deal, at least you are getting a neat physical item for the pre-order.

If you Pre-Order Tomb Raider from GameStop: (Here) 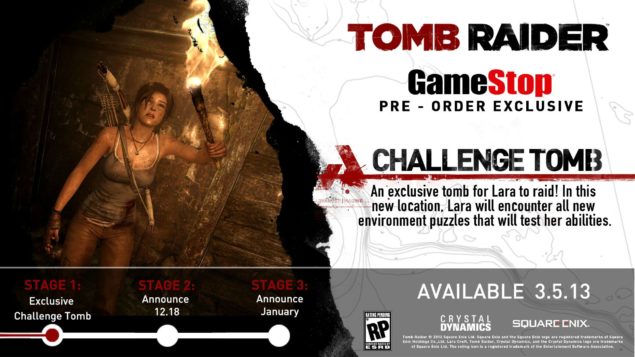 And GameStop is simply giving a challenge tomb which will just have environmental puzzles and put her puzzle solving and adventurer capabilities to the test. While it isn't as good as the previous pre-orders it's still good for someone who isn't looking for something to hold and wants additional play value from his game rather than being satisfied with a couple of skins for Lara.

Overall the pre-order bonuses are quite satisfying and definitely rewarding for those who are looking to buy the physical game, I'd personally love to get my hands on the comic book.

There are more announcements headed for 18th December and January 2013 so be sure to stay tuned for them!