Today in Android: Oreo Updates Rolling Out for the Samsung Galaxy Note 7 FE and Galaxy A7 2017

Yes, the ill-fated Samsung Galaxy Note 7 still exists as the "Galaxy Note 7 Fan Edition (FE)". The device was re-released in small quantities for enthusiasts, and still receives support. If you're one of the dozen-odd people who held on to the original Galaxy Note 7, then you're stuck with whatever version of Android it was launched with, and zero possibility of receiving any updates, let alone Oreo.

The Note 7 FE Oreo update is rolling out for the LG Uplus, and SK Telecom variants and the other major South Korean carriers should follow suit shortly. Unfortunately, little is known about the contents of the update and what changes it will bring, other than the fact that it comes with the April security patch. We can hazard-guess that it'll bring some if not all features that the Galaxy Note 8 received with its update. The global unlocked variant of the device should receive it in a few weeks as well if things go well. Any major software update beyond this point seems unlikely, so you might have to savour this one for a long time.

Galaxy A7 (2017) Oreo update is rolling out globally 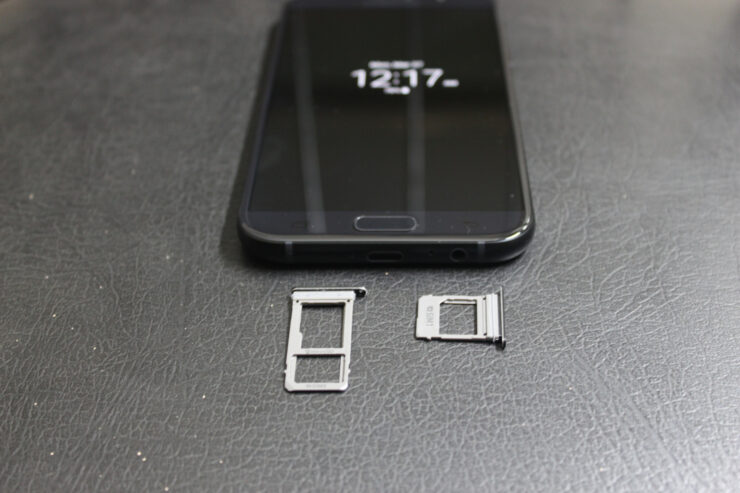 The Galaxy A series is Samsung's mid-range offering, and software support for some devices is often slow. Mid-range devices typically receive step-motherly treatment, regardess of the OEM. Even the supposed king of the mid-range Xiaomi is spotty with their updates, even for premium devices such as the Redmi Note 5 Pro. Thankfully, Samsung recognizes the Galaxy A7 (2017) as a device that needs to be supported and is rolling out the Oreo update for it. The first region to receive the update was Vietnam, followed by Russia and Trinidad and Tobago (seriously?). All international variants of the device will begin receiving it, depending on the region.

The update, like all the ones Samsung rolled out this month, brings the April security patch with it. It is unlikely that the device will get all the features the Galaxy S8 or Note 8 got with the Oreo update, but we can be assured that it'll at least get all the Oreo goodies such as notification channels, autofill API, PIP mode and more. The update should reach your device OTA, but you can also navigate to Settings » Software update menu on your phone to trigger a manual download.