Microsoft's first-person, multiplayer shooter game Titanfall is the rage of the season. Expected to be launched solely for Xbox One, Xbox 360, and Windows PCs, the launch is highly anticipated. Titanfall is expected to launch on March 11th for Xbox One and PC users. However, Xbox 360 gamers will get it after March 25. 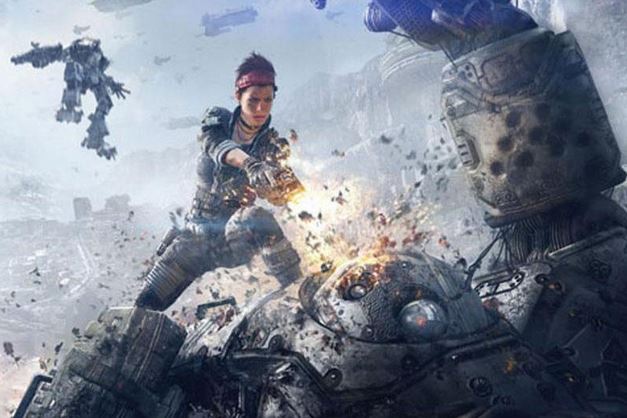 With so much attention and sales expectation around, retailers are obviously jumping on the wagon to offer Titanfall. Here are the best places and deals that could have you Titanfall when it is launched! 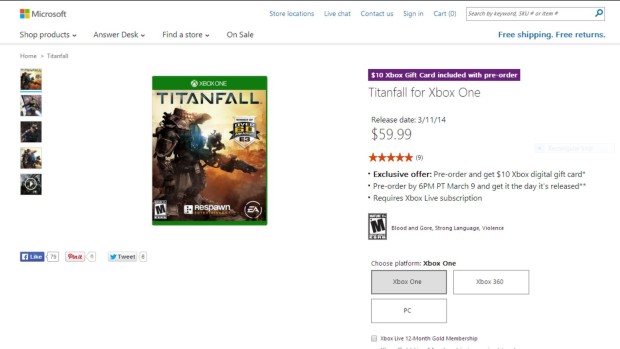 Well the first obvious place to get Titanfall would be Microsoft Store. Microsoft is offering Titanfall deals for buyers bundled with a $10 gift card to be used on Xbox Store to purchase any content.

Microsoft Store will deliver you the game when you order Titanfall for Xbox One. When you will pre-order Titanfall, the company will offer you a year of Xbox Live Gold for just $39.99 with a discount of $20. 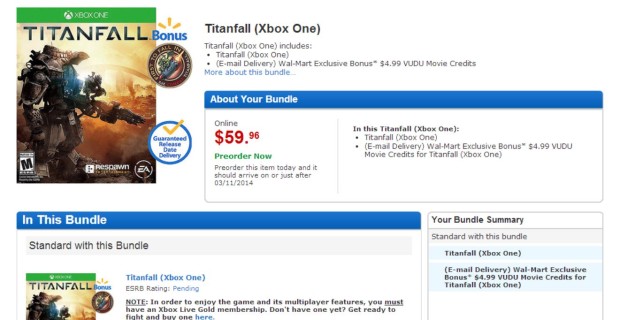 Similar to Microsoft, Walmart is also offering Titanfall deals for pre-orders and purchase. Walmart will give you a $4.99 gift card for Walmart's VUDU movie streaming service and a custom mission patch.

A bit better than what Microsoft and Walmart is offering, Amazon is offering you to pre-order the game before 7th of March and you will receive a game along with a free Mini Prima Guide for the game. Amazon states that the guide contains information with maps and tips to get through the first few weeks of the first-person shooter game. Xbox 360 buyers too will get this Titanfall deal from Amazon.

Even better! If you are a PC buyer, you will get Titanfall with Prima Mini Guide and a $5 as an Amazon Video Games store credit. 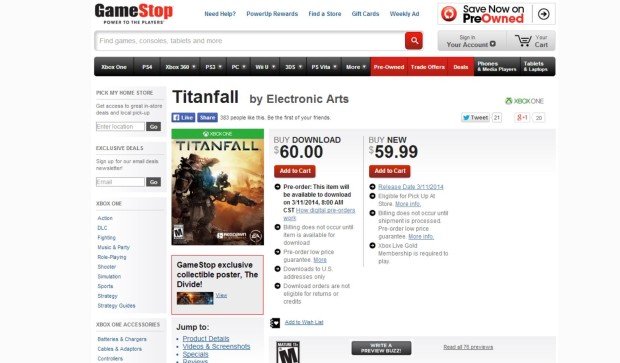 So far GameStop is not offering anything that should attract the gamers. You will be able to get the Titanfall from GameStop on the launch day. No additional and exclusive deals or content is available on GameStop. However, you will get an exclusive game poster with the Titanfall copy.

Titanfall is an exclusive Microsoft's gaming title for a different multuplayer based shooting experience. Get a good internet connection and an Xbox Live Gold subscription for the best experience with this highly-anticipated title!