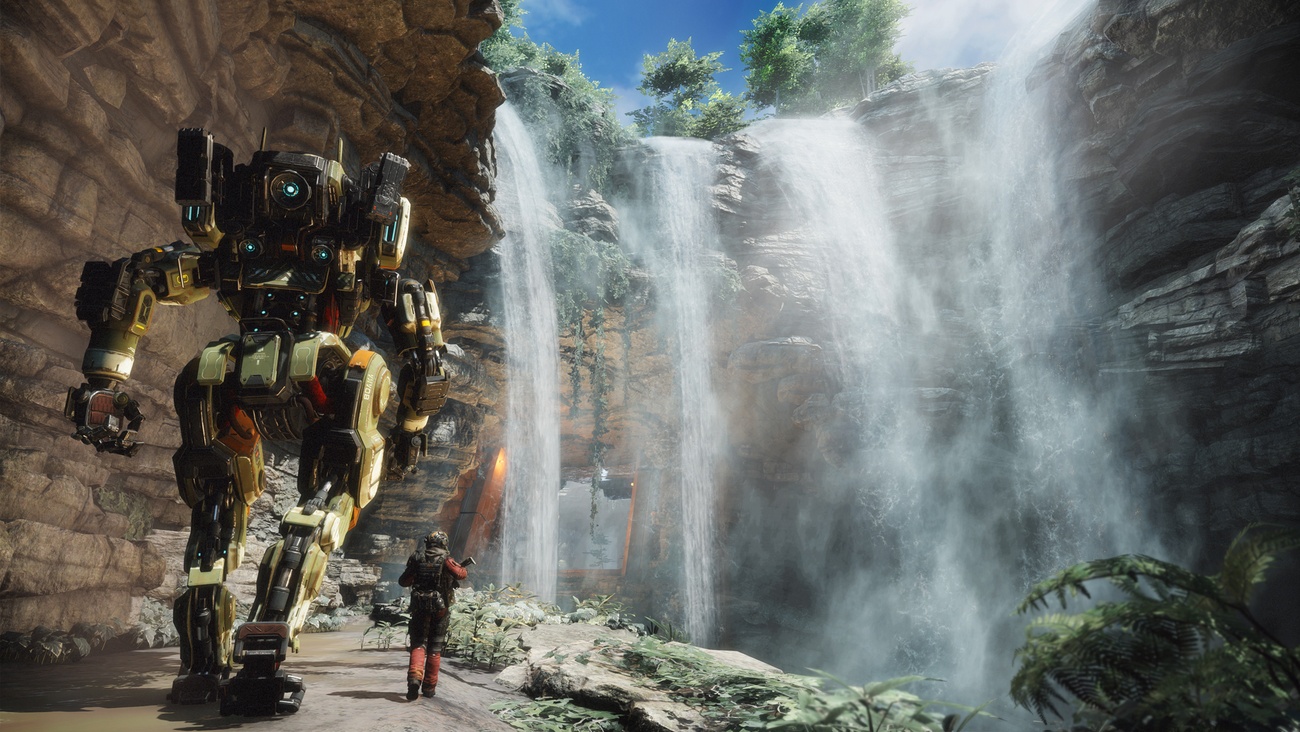 Respawn Entertainment finally pulled the lid off the Titanfall 2 campaign. They shared a 4K gameplay video of about four minutes and a half, but more importantly they also explained what we can expect to find in the single player adventure in an official blog post.

The studio claims to have invested a lot of time in "finding the fun" and experimenting with different ideas for the Titanfall 2 campaign. Here's what they ended up with.

A Different Style of Pacing
Titanfall 2’s single player campaign is a carefully crafted, cinematic shooter experience, but with a different style of pacing than you might expect. While you’ll experience a wide range of intense battles as a Pilot and as a Titan during your journey with BT, those experiences will be contrasted against opportunities for exploration and some quieter moments of contemplation.

Experience Titanfall on Your Own Terms
Single player is designed to be a standalone narrative experience, so that you can enjoy Titanfall at your own pace and on your own terms. It’s not a training module for multiplayer. That said, there are many moments in the campaign where you’ll have to use basic Pilot skills such as wall running and double-jumping, as well as other Pilot and Titan abilities. As you get used to flowing and maneuvering in single player, using your abilities in concert, you’ll find yourself naturally better prepared to enter the realm of multiplayer, should you choose to do so.

A New World to Discover
One thing that surprised us after the release of the first Titanfall was just how much fans wanted to learn about the universe. This sentiment gave us an extra push to find ways of delivering lore across all parts of Titanfall 2. In single player, the citizen soldiers of the Militia continue their fight to retake the Frontier. Set against them are the occupying forces of the vast, Interstellar Manufacturing Corporation. Our story begins when the Militia deploys a small fleet to the planet Typhon, in support of a wider offensive push. But not everything on Typhon is as it seems, setting the stage for you and BT to journey through a hostile and strange, yet beautiful world.

The Bond Between Pilot and Titan
Titanfall 2 is about the bond between Jack and BT. That's the essence of the story we want to tell. And when you think about it, every “buddy story” has a kind of back and forth between its leads. They have to be able to react to each other or there is no relationship. That’s why we provided players a few responses to choose from when talking to BT. While these dialogue options don't change the outcome of the game, they give you a fun way to banter with BT by choosing the tone that best reflects your own personality.

Fight As You Will
We have a lot of people here at Respawn who have made what some consider the best single player campaigns in the genre, but we wanted to create something new and fresh, taking full advantage of the gameplay pillars of Pilot mobility, Pilot combat, and Titan combat. That’s why in Titanfall 2, we encourage players to be creative in battle. Some players will want to take a more surgical shooter approach, while others will develop a free-flowing chaotic style, chaining together slides, wall runs, melee executions, and more, mixing it up at high speed. Others will try a blend of techniques. The point is that all these interpretations are valid. You have the freedom to “fight as you will.”

The Titanfall 2 campaign is expected to last about eight hours on average, depending on the player's skills and difficulty setting. Gamers will assume control of rifleman Jack Cooper, who is sent to a planet where he'll have to fight both human and alien enemies with the help of his former squadmate's Titan. In fact, it will be even possible to chatter with the Titan from time to time, as shown in the video below.