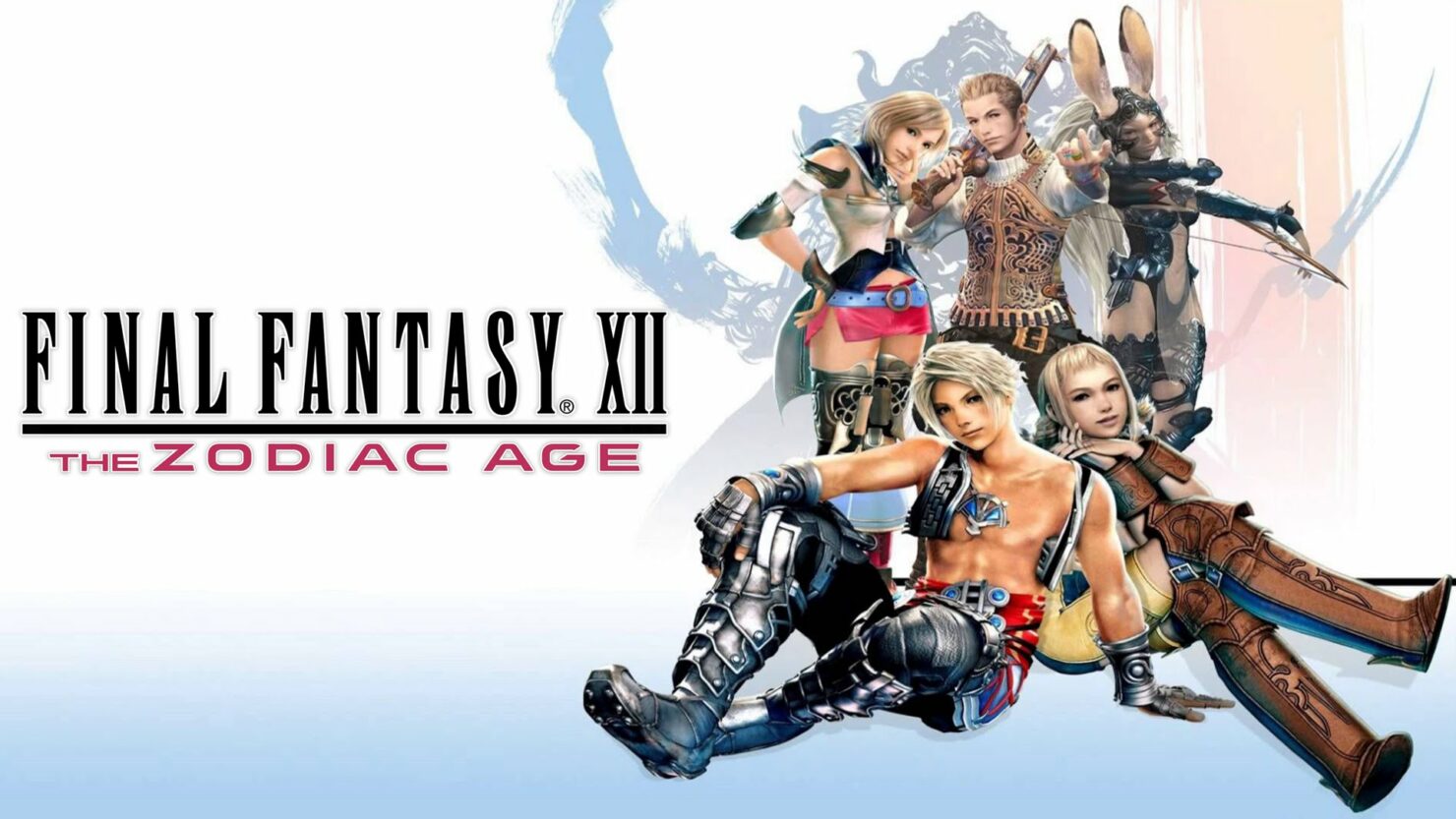 Final Fantasy fans around the world are currently rejoicing the return of a fond favorite of theirs, Final Fantasy XII, making its current-gen debut in the new remaster, The Zodiac Age. There are some new features to delve into here, but anyone who hasn’t yet been immersed in XII’s version of Ivalice might find themselves a bit puzzled.

Fear not, Final Fantasy first-timers, for we have all the advice you need to get started with Final Fantasy XII: The Zodiac Age – just take a browse below, and you’ll become one of Ivalice’s champions before you know it.

Final Fantasy XII uses a combat system that will look unfamiliar to any newcomers, for although JRPG fans will have seen similar systems in other games, Final Fantasy XII’s battle system is its own unique beast.

What you need to keep in mind is that every action any party member performs can be only be acted on once an Action Bar has filled – this basically acts as a cooldown between each move, and gives battles a real-time sensation, even if they play out similarly to turn-based affairs.

Keep an eye on the Action Bar if you need a party member to instantly perform an action – such as using an item or healing – for some party members may be more delayed than others. To take a greater degree of control over how battles play out, we recommend messing with the Battle Speed in the Config menu. You can alter this at pretty much any point, making the Action Bar for both your own party and the enemies fill either more quickly or slowly – speed is great for dealing with weak enemies while taking it slow will help plan actions against fearsome foes.

You can pick classes for each of your characters in Final Fantasy XII: The Zodiac Age – and those decisions shouldn’t be taken lightly. Any RPG player will know that going all-in with sword-wielding melee characters is a bad idea, but since you will only have three characters in your party at one time (unless you have a guest) it’s good to be well-prepared.

Enemies such as Flan will have high defense, and for such instances, a Black Mage will be highly recommended. In general, your party should have one White Mage for heals too – other than that though, it’s best to just be balanced. Most melee classes act similarly, and it’s wise to pick classes that will also be able to use White or Black magic in addition to other abilities, but there’s no hard-and-fast rule – just make sure at least one character will be able to tank plenty of damage.

Unless you want to pick each attack for your party members individually – a painstaking task – you’ll want to get to grips with Gambits as early as possible. Essentially, Gambits are rules your program into each character to determine how they act in battle.

It’s all good putting a White Mage on your team, but if they don’t know how to heal, they’re useless. With Gambits, you can set a rule such as using Cure on a party member once they have less than 50% HP. The Gambit system gets surprisingly detailed, and you can cue up a wide range of actions with varying degrees of priority. Set archers or mages to take down flying enemies, set a tank to immediately go for strongest enemies, set others to attack foes with the least amount of health, etc.

And party members will stick well to the Gambits you set, never straying from what you have set out for them – this is mostly good, but might bite you in the behind if you aren’t prepared for certain situations. 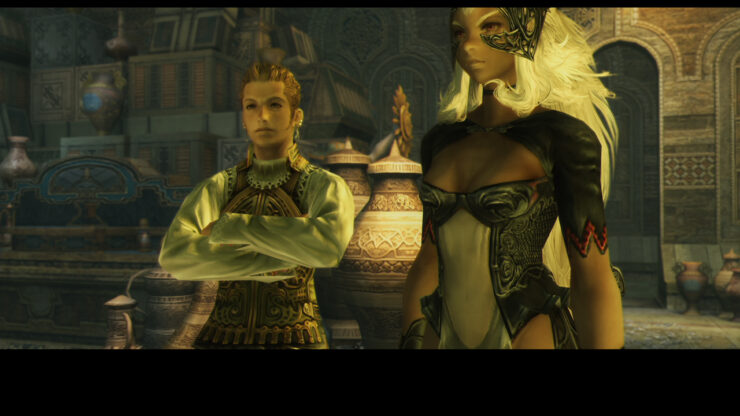 Your License Board will be where you get new skills and abilities – and you’ll need to use it for basically everything. Higher-grade weaponry requires licenses to be purchased before you can use it, and new Magic, Armor, Accessories all need Licenses required in advance.

In addition to all of these necessities, you will also find Quickenings on the License Board – special moves and abilities your party members can use, like Ultimate Attacks. You can unlock the license board one square at a time, slowly moving through the grid and unlocking everything – what’s nice though, is that you can hover over and view which abilities are where on the board in advance, so you can plan out what to unlock.

Best advice is not to waste License Points on abilities you won’t use – MP recovery, for example, is a bit useless for a character that never uses MP.

When you first visit a Merchant, you’ll probably be taken aback by how much they’re selling that you won’t be able to use – don’t fret, that’s all tied to the Licenses required to use Weapons, Armor, and Accessories – see the above tip for more on that. But what you’ll need most in cold-hard cash.

The best ways to get more money is to sell your old gear (obviously), getting cash out of treasure chests in the wild, or selling your Loot. You might’ve missed your Loot menu when selling your old kit –  Final Fantasy XII doesn’t give you much cash for winning battles and gives out Loot instead. The Loot is all the items that you will pick up from enemies in the overworld, and it’s almost always a good idea to sell the lot. Just rake in the cash, and re-invest that in more weaponry. 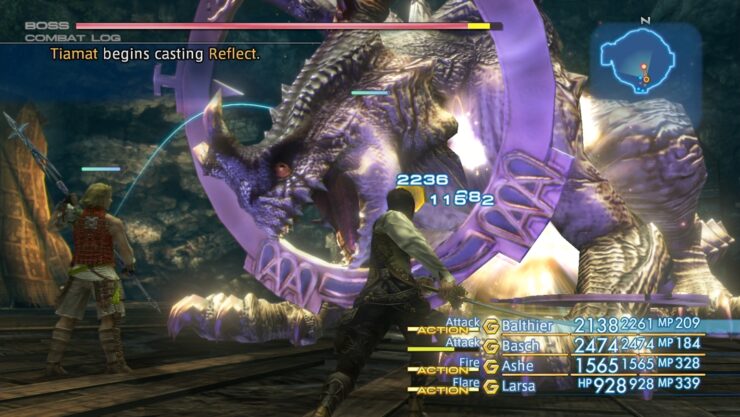 Every RPG players’ worst fear – grinding. It really is the worst activity, but luckily in Final Fantasy XII: The Zodiac Age, it is actually more straightforward than ever – you just need to combine a few of the tips we gave you above.

Set your Gambits up to end battles quickly while keeping your team healed, set Battle Speed to the max, and set Speed Mode to x4 – you just created the ultimate grinding strategy. With Gambits set up for your entire team, all your need to do is walk out into the wilderness and walk straight into groups of enemies – with Gambit properly set, your whole team will spring to life and shut down any enemies, rewarding you with Experience and Loot without any hassle.

This method quickly turns what would’ve been a full hour of grinding in the PS2 original into only 15 minutes in the modern day – a much better result, and good for when one or two of your party members might be looking a little under-leveled.

One new addition to The Zodiac Age that players shouldn’t miss out on is Trial Mode because there’s more here than just a new challenge for veterans.

Trial Mode, in fact, will reward players with items, experience, and even license points to take over to their main game – if you’re ever struggling a bit with a story mission, it might be a good idea to head out into Trial Mode, see what progress you can make, and then jump back into it with some new experience and items. 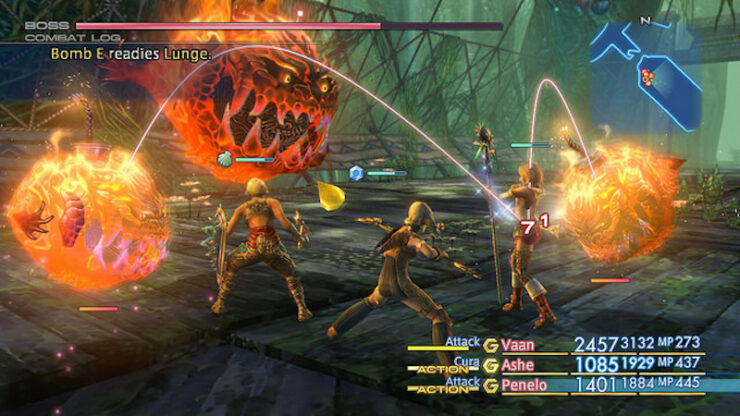 You are Captain Basch fon Ronsenburg of Dalmasca

When you get that quest to run about Bhujerba shouting at citizens, it’s a good idea to shout it at the City Parijanahs. There’s several of them about the city, and will fill your “Renown” meter by more than 20% each – much more than the 0%-4% you’ll get from ordinary citizens. Just make sure not to shout it at town guards, they’ll take your Renown down…

You may purchase Final Fantasy XII: The Zodiac Age via Amazon.