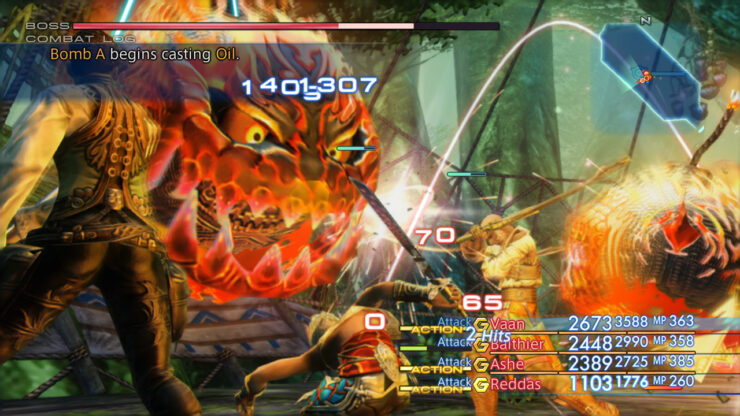 Final Fantasy XII: The Zodiac Age has been updated on PC and PlayStation 4, introducing new features to these versions of the game.

The 1.0.4.0 update introduces a Job reset option to the game, which allows players to reset the Jobs that have been selected for all characters. This feature was introduced in the Xbox One and Nintendo Switch versions, and it is an incredibly useful feature that allows players to experiment more with their Job selection. The new update also expands the Gambit system, increasing the number of sets to 3 and removes Denuvo from the PC version.

Final Fantasy XII: The Zodiac Age is the best way to enjoy the twelfth main entry in the series by Square Enix. The remaster includes all of the additions made to the original game with the International release as well as other new features such as the ability to activate cheats, speed up gameplay, and more. Even without these changes and additions, Final Fantasy XII is an excellent role-playing game that no fans of the series should skip, thanks to its great setting, unique battle system and great writing.