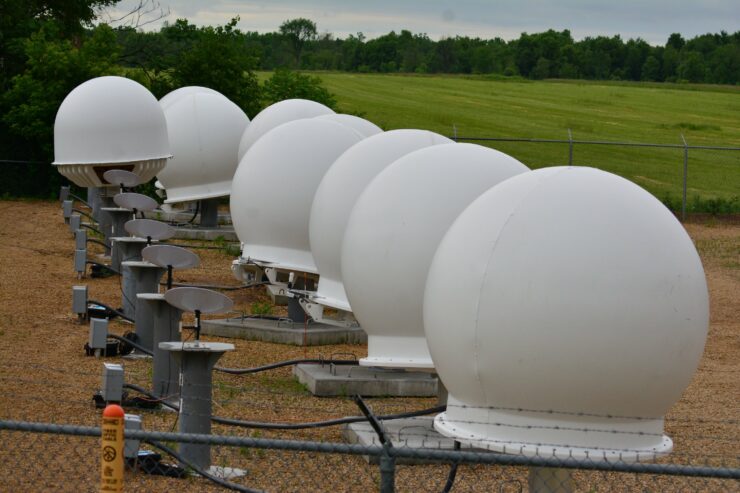 Space Exploration Technologies Corp.'s (SpaceX) Starlink satellite internet constellation has won a crucial respite from the Federal Communications Commission (FCC) in a proceeding that will decide the service's future. Starlink's consumer terminals use the 12GHz frequency band to connect with the network's orbiting satellites, and the FCC has opened the floor to set new rules governing the spectrum. The Commission made this decision in January earlier this year, and SpaceX and other satellite service providers' requests to the Commission for extending the proceeding's deadline for submitting were rejected early last month.

The requests were made due to RS Access being unable to submit a crucial study which it claimed at the time demonstrated that terrestrial 5G and satellite providers could coexist in the 12GHz band. Once RS Access submitted this study, SpaceX and the other companies submitted another request, seeking an extension for filing reply comments. In a ruling made yesterday, the regulating body's Wireless Telecommunications Bureau has extended this deadline, marking a win for the satellite companies as they will now have more time to prepare their response to RS Access and other commentators.

Before yesterday's extension, the 5Gfor12GHz coalition, a group comprised of DISH Network, RS Access and 25 other entities, urged the Commission to reject SpaceX's request. They argued that not only did the request go against Commission precedent, but that it stemmed from the NGSO FSS (Non-geostationary orbit fixed-satellite service) operators' inability to submit studies of their own demonstrating that coexistence in the band is unfeasible.

In essence, the coalition argued that before RS submitted its study, the satellite operators had ample time to submit studies showing how they and the terrestrial operators cannot share the 12GHz spectrum; a line of argument that the former have employed, and the latter have recently deviated from by citing new technological developments in the field.

A further delay, argued 5Gfor12GHz, will harm American competitiveness in the 5G arena as it will allow China to gain the lead and subsequently set the global standards for 5G. It also highlighted that a delay would prevent the coalition from bringing 5G terrestrial services to the American public. 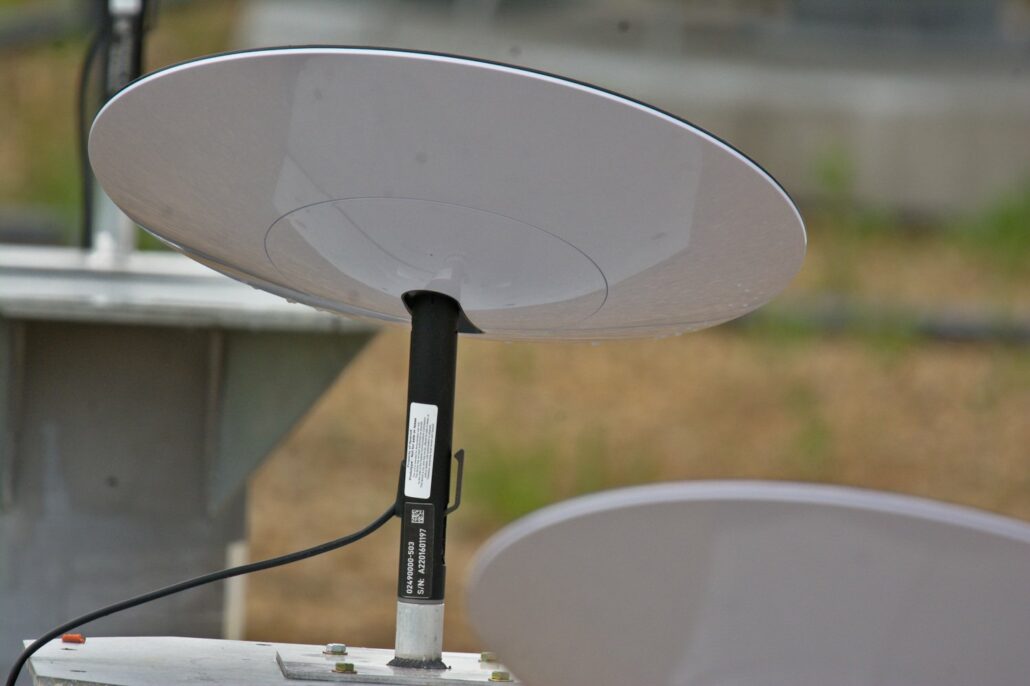 A Starlink user terminal that will allow users to connect to the orbiting satellites. These terminals' usage of the 12GHz band for downlink is a point of contention between SpaceX and terrestrial service providers. Image: darkpenguin22/Reddit

In its order, the Bureau notes that the extension is justified due to the voluminous nature of comments in the proceeding. It notes that comments and documents submitted by RS Access and DISH alone are more than 300 pages in volume and that an extension will allow the satellite companies to adequately review them and submit replies.

However, it also rejects SpaceX's assertion that RS Access's decision to submit its study just when the time frame for submitting initial comments expired intended to hinder SpaceX and others from submitting adequate replies. RS had submitted its study during the second week of May, giving SpaceX and the other companies less than a month to submit their replies.

In the order, the Bureau notes that:

In making this finding, we give no credit to the 12 GHz Alliance’s suggestion that the studies that RS Access and DISH submitted with their timely-filed comments were somehow “belated submissions . . . to limit other interested parties’ ability to review and [reply].”

In its request for an extension, the 12GHz alliance had argued that:

Notwithstanding that these filings are, on their face, significantly flawed in many respects, they are nevertheless voluminous—nearly 300 pages in comments and exhibits between just these two parties. Volumes that they unnecessarily held to the last minute, despite having claimed to have completed them months earlier. The belated submission of these lengthy filings is a transparent attempt to leverage the Commission’s notice-and-comment procedures to limit other interested parties’ ability to adequately review and rebut their flawed conclusions, after DISH and RS Access have had months—in fact, nearly five years—to make an attempt to demonstrate that their sought-after windfall would not harm the consumers of satellite services that actually make use of the 12 GHz Band today. 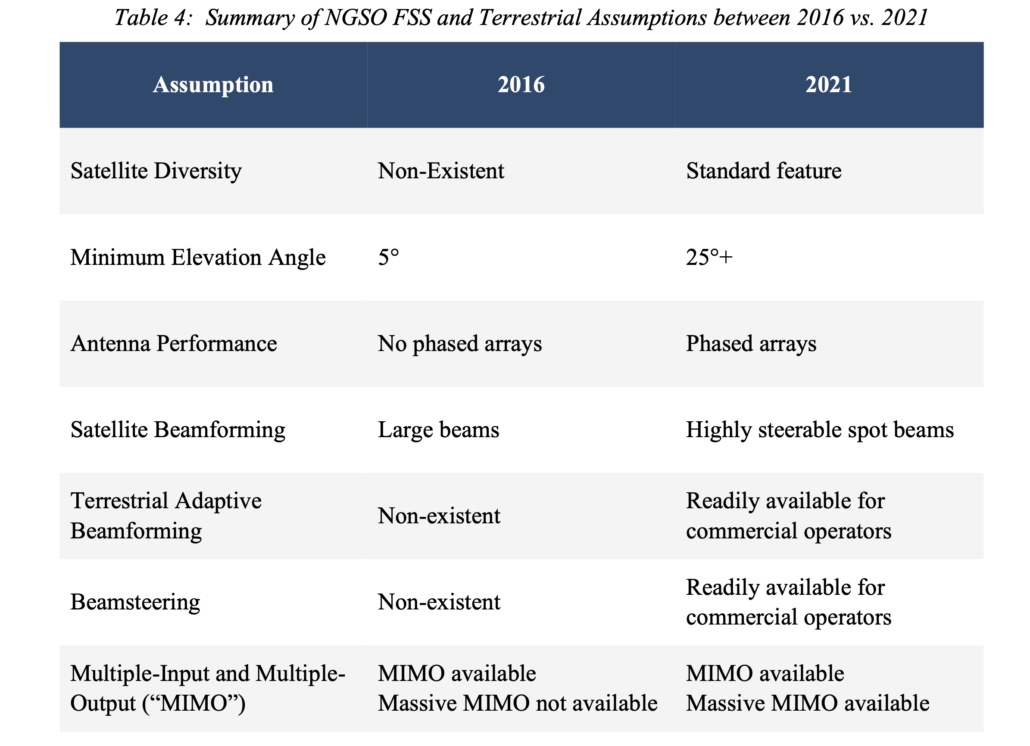 The new reply comment deadline is July 7, giving SpaceX a little over a month to submit its pwn replies to demonstrate that terrestrial and satellite users cannot share the 12GHz spectrum. RS Access has argued that the chances for interference between the two use cases are low since ground station elevation angles and other parameters will result in frequency beams not intersecting each other during their travel to consumers.

SpaceX is yet to submit a technical analysis of its own to demonstrate why the spectrum sharing is unfeasible since the FCC opened the floor for comment in January. The ongoing proceeding will determine whether the company's Starlink user terminals will share the spectrum with the terrestrial operators. Its outcome will decide the long-term fate of the satellite service. Its fights for spectrum at the FCC have received support from several quarters, such as the Alaska Federation of Natives, who in a recent submission to the FCC argued that:

Fortunately, next-generation satellites systems using the 12 GHz band are improving our access to broadband. As the Commission has recognized, next-generation satellite broadband can finally offer the low-latency, high-speed broadband that is necessary today.
In stark contrast to the demonstrable deployment and increasingly widespread service provided by next- generation satellite systems, the low-power, fixed terrestrial licensees asking the Commission to change the rules on 12 GHz are nothing more than an encumbrance to true broadband. Despite years of assurances, these terrestrial licensees have effectively deployed no meaningful service. Given this history of empty promises, we encourage the Commission to disregard speculative pleas to redefine the rules.