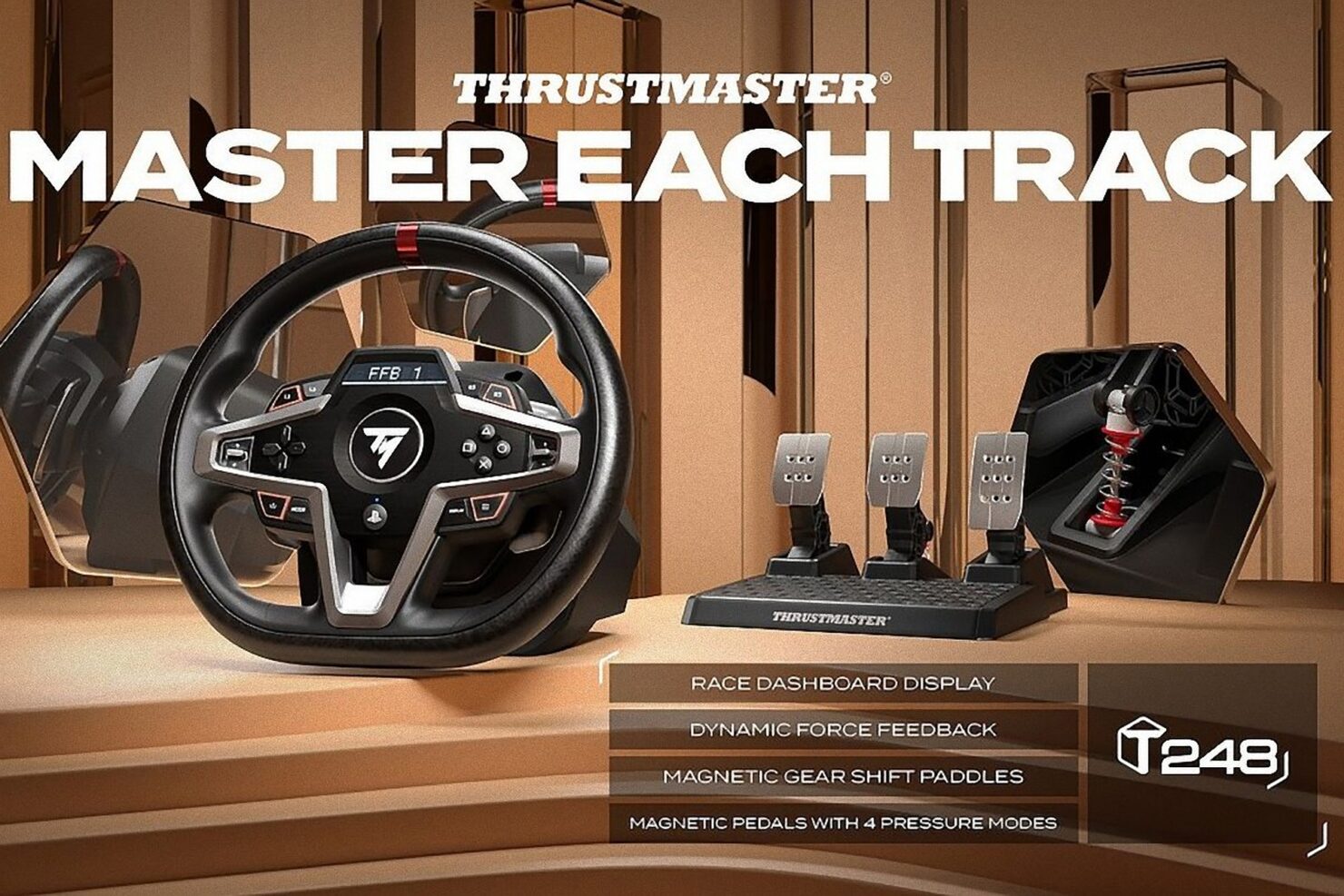 We've partnered with THQ Nordic to set up a giveaway of Wreckfest, the Destruction Derby-like racing game made by Bugbear Entertainment, and a branded version of the Thrustmaster T248 racing wheel.

The giveaway, which is limited to our European readers at the request of THQ Nordic, is a raffle that will see two winners get both the racing wheel and a PC (Steam) code for Wreckfest. You can enter the raffle below - good luck!

T248 delivers 70% more power (compared with previous Thrustmaster T150 series hybrid racing wheels) and adds cutting-edge new features including Force Feedback presets that can be changed on the fly in games, magnetic paddle shifters, an interactive screen with more than 20 different displays, and a magnetic pedal set with 4 pressure modes on the brake pedal.

T248 has been designed for all gamers looking for performance and immersion — including those keen to free themselves from their keyboard, mouse or gamepad, and users who want to take their racing to the next level after having started out with a wheel aimed at beginners. This brand-new racing wheel is officially licensed for PlayStation 5 and PlayStation 4, and is compatible with PC.