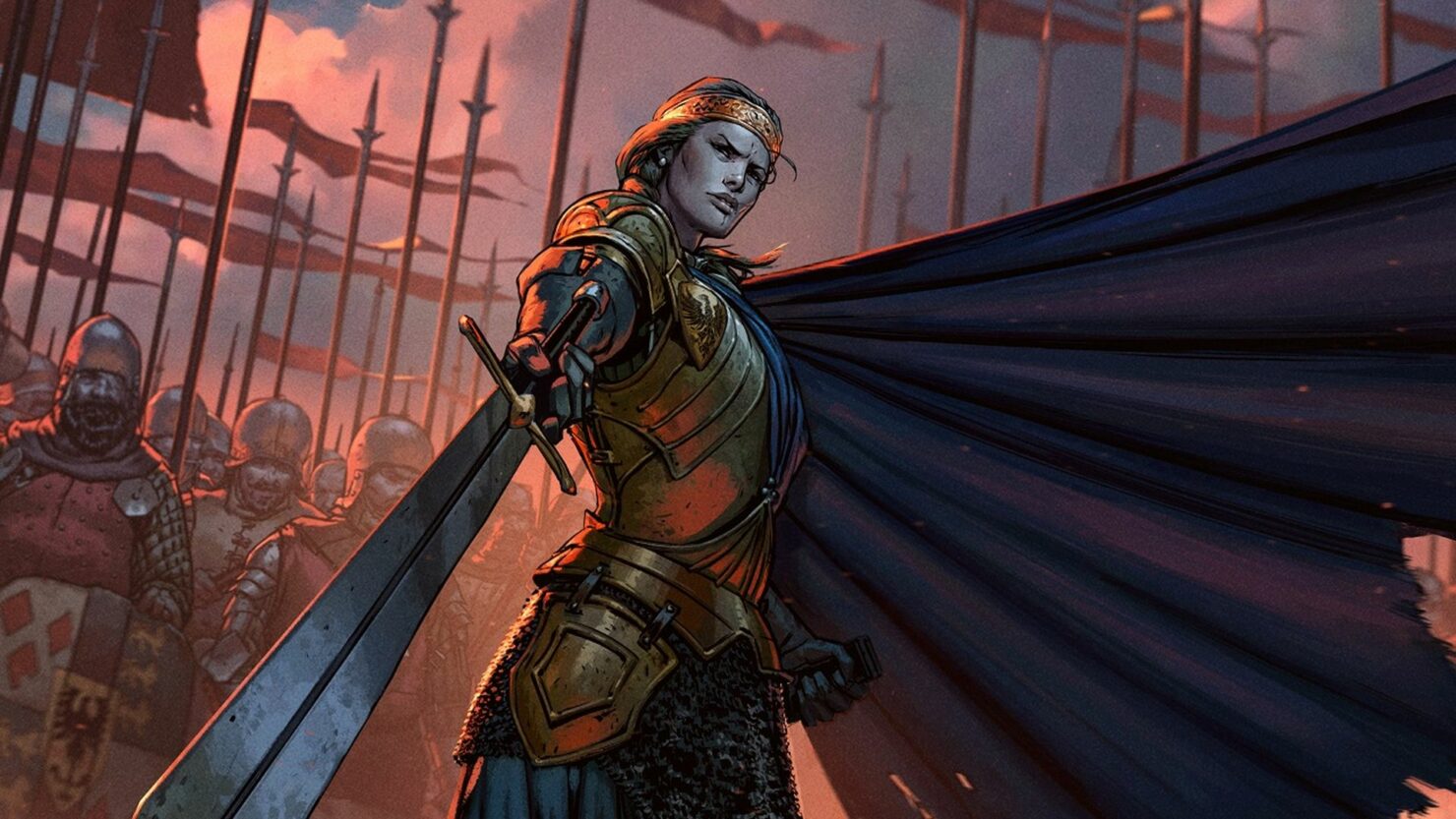 The game's Nintendo Switch release, which has been rated in Korea last month, did not receive any prior announcement, so no one was expecting it coming so soon to the console. The game is now available worldwide on the eShop and requires 4 GB of free storage space.

Thronebreaker is a single player role-playing game set in the world of The Witcher that combines narrative-driven exploration with unique puzzles and card battle mechanics.

Crafted by the developers responsible for some of the most iconic moments in The Witcher 3: Wild Hunt, the game spins a truly regal tale of Meve, a war-veteran and queen of two Northern Realms — Lyria and Rivia. Facing an imminent Nilfgaardian invasion, Meve is forced to once again enter the warpath and set out on a dark journey of destruction and revenge.

Thronebreaker: The Witcher Tales is the second entry in the series to hit the Nintendo Switch console. The game is an excellent role-playing game that is powered by card game mechanics, creating a peculiar experience.

The Witcher 3: Wild Hunt is the very first entry in the series to have been released on Nintendo Switch. Saber Interactive released an excellent port that makes no compromise on content, as it includes everything that is found in the PC, PlayStation 4 and Xbox One release. Due to the system's limitations, however, the game does not look as nice as it does on other formats, but an upcoming update could introduce some improvements for both visuals and performance.

Thronebreaker: The Witcher Tales is now available on PC, PlayStation 4, Xbox One and Nintendo Switch.