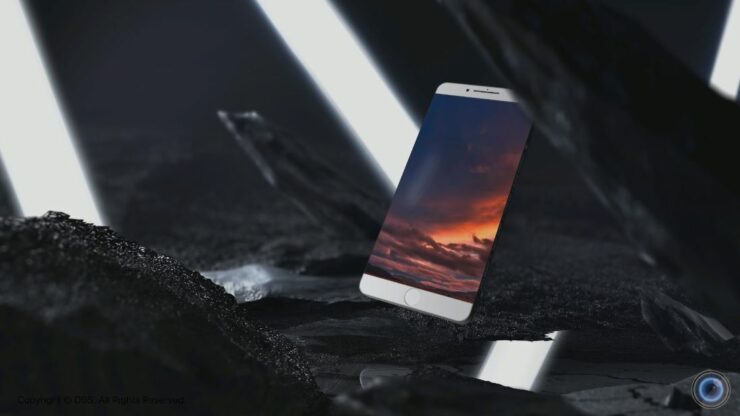 The rumor mill is on heat considering the amount of leaks and rumors piling up for the release of Apple's next flagship. Alongside the potential features that could be part of iPhone 7, some iPhone 7 concepts are being designed that by no means could become a reality. Similarly, a new concept has appeared, showing details of the iPhone 7 that would not make it to reality until the next few years. The concept has been designed without any limitations and compromises. Nonetheless, it is definitely amazing to see.

The Hottest iPhone 7 Concept That Will Never Make It Out

The iPhone 7 concept is created by the DBS Photography, showcasing an edge to edge screen with a super sharp 4K display. The display wraps around the body from both sides of the handset's frame. By the look of it, it isn't anything like Samsung's edge display technology because the edges are sharp with this one. The sapphire glass sides of the display features virtual volume buttons that can be positioned wherever you want. This gives users the ability to adjust volume keys according to their need. 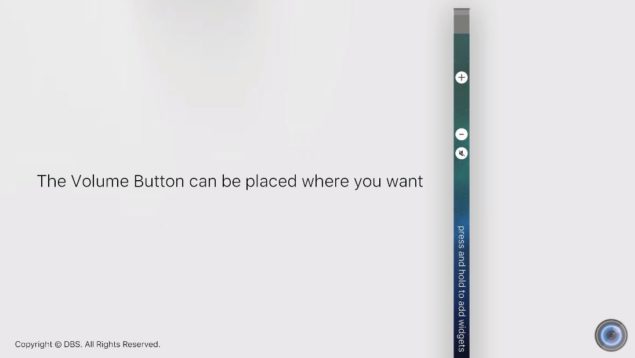 Other than this, the iPhone 7 concept features insane specs that Apple would definitely not consider for the iPhone 7. This specific iPhone 7 concept features a whopping 6GB of RAM, which is more likely to be found in high-end notebooks and laptops. Furthermore, it packs a massive 5,000mAh battery with a maximum of 512GB of storage capacity. The rear facing camera jumped up to 24-megapixels with aperture f/1.7 and the front facing camera is noted to be a 16-megapixel shooter.

The iPhone 7 concept is nothing what we will witness in the coming few months. However, the crazy specification can somewhat be part of some smartphones that are most likely to be released in the near future, but we wouldn't recommend anyone to set high hopes for the iPhone. The current iPhone 7 leaked details resembles much closely to the present iPhone 6s design with readjusted antenna lines, a smart connector at the back and a dual-lens camera for the larger iPhone 7 Plus.

The iPhone 7 concept is everything that we want to see in an iPhone, but it's not the right time. As can be seen by the latest ongoing leaks and rumors, the company seems a little resistant to change. Nonetheless, we hope Apple adds a little more variation in the design language.

This is it for now, folks. What do you think about this iPhone 7 concept? Do you think the designer has gone too far in designing Apple's flagship for this year? Share your thoughts in the comments.