Zotac may be known for their graphics cards and we've found them to be quite the performers here on the site, but they're also pretty big on the small form factor PCs as well. In case you've missed out in the past then it's easy to forgive you for not being familiar with their Dedicated GPU packing Magnus or tiny Zbox lineup. The Zotac Zbox lineup features some of the smallest desktop PC designs from the company and the market in general but this year they're shaking up their Intel dominated series by packing a Ryzen APU in a couple of their models, that's right Zotac is using Ryzen AND Radeon for this one. Okay, so it's not a big killer box but this is a big move for Zotac and a huge design win for AMD to make it into this segment since the last time they released a model with an AMD processor was back in 2015. 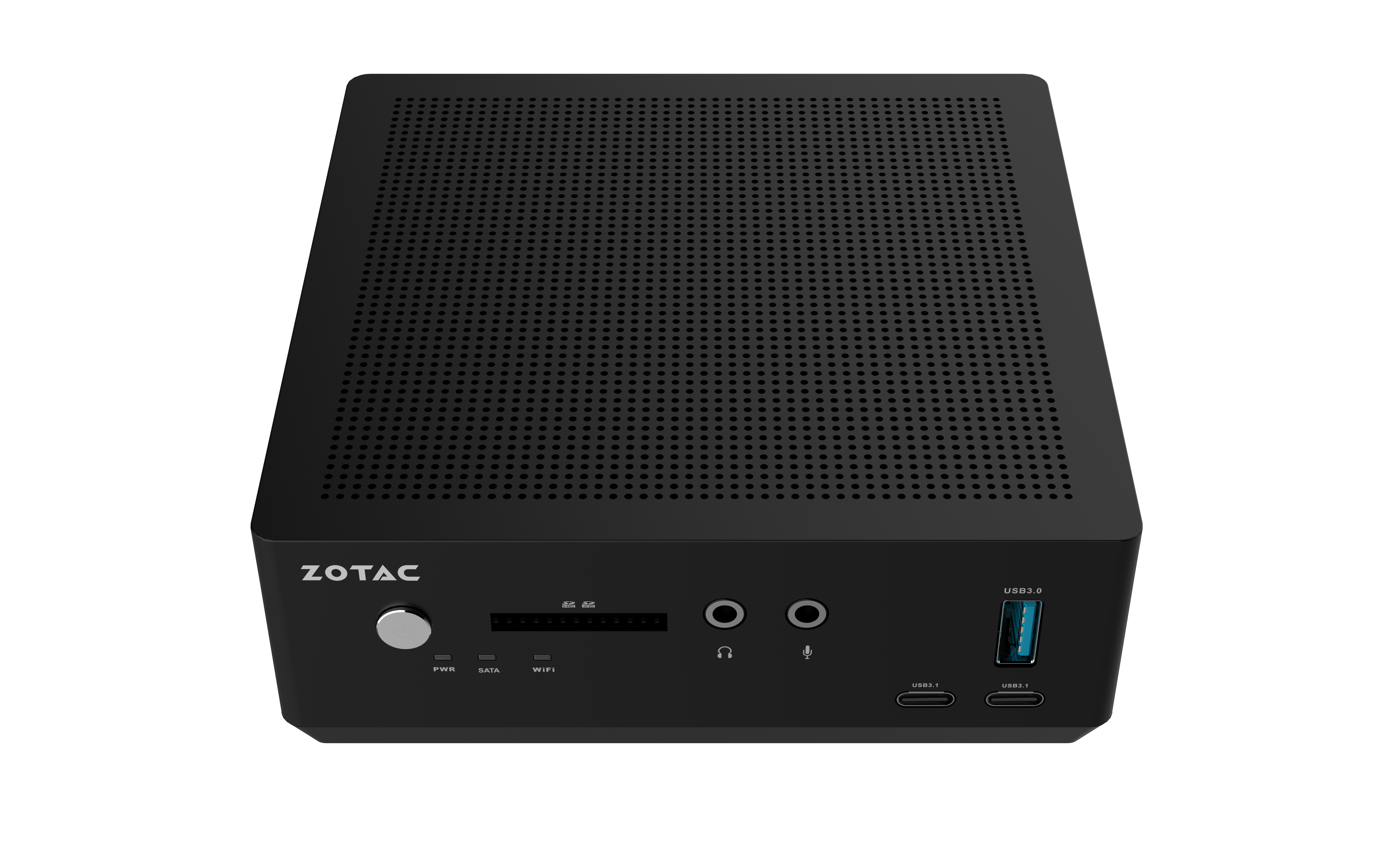 This is the latest ZBox Nano packing in a Ryzen 3 3200U. I know what you're thinking, that's it? but come on it's a super tiny form factor just a bit bigger than my iPhone 8 plus. Specs wise we're talking the Ryzen 3 3200U 15w processor that cranks it's dual cores and quad threads from a 2.6GHz base clock up to a 3.5GHz boost. Graphics are handled by the Radeon Vega 3 graphics onboard the Ryzen processor. Memory support is a bit middling at 2 SO-DIMM Memory slots rated up to DDR4 2400 but can handle up to 32GB in capacity.

There was also a passively cooled model for you silence freaks out there, it's just a bit larger but is otherwise the same internally.
Now that these are a thing and Ryzen 4000u parts are as well, I really hope we see some killer future updates to this.