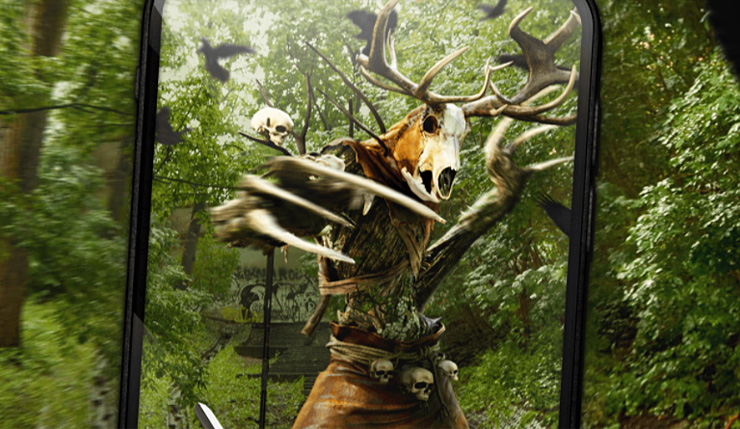 The Witcher 3 has been a huge success for CD Projekt Red, but it seems the publisher is looking to tap into an even larger, more mainstream audience with their next project. The Witcher: Monster Slayer is essentially the a somewhat more mature version of Pokemon Go, as players search the real world for nasty Witcher-universe creatures to slay. The game is the work of Spokko, a new mobile development studio founded by CDPR back in 2018. Check out a quick teaser trailer for The Witcher: Monster Slayer below.

The Witcher: Monster Slayer is a location-based augmented-reality RPG that challenges you to become a professional monster hunter. Venture out into the world around you and use your mobile device to track witcher-world monsters that roam close-by. Track these monsters and prepare for combat using time of day, weather conditions, and your witcher knowledge to gain an advantage on your quest to becoming an elite monster slayer.

I’m sure some will roll their eyes at The Witcher going the Pokemon Go route, but I’m sure there’s a market for a game of this type with a less childish aesthetic. And hey, maybe some folks who play Monster Slayer will end up trying out the core Witcher RPGs.

The Witcher: Monster Slayer is launching on iOS and Android sometime “soon.” You can sign up to be notified when the game drops, right here.