Although the release date of the highly anticipated open world action-adventure role-playing game known as The Witcher 3: Wild Hunt has been delayed until February of next year, the hype around the game is still building up swiftly and CD Projekt Red, the developer behind the legendary franchise, is busy releasing new details about the upcoming game that will put an end to the story of Geralt of Rivia, the main protagonist of the game. Below are some recently released, brand new The Witcher 3 screenshots showing high-resolution in-game models and never-before-seen locations. 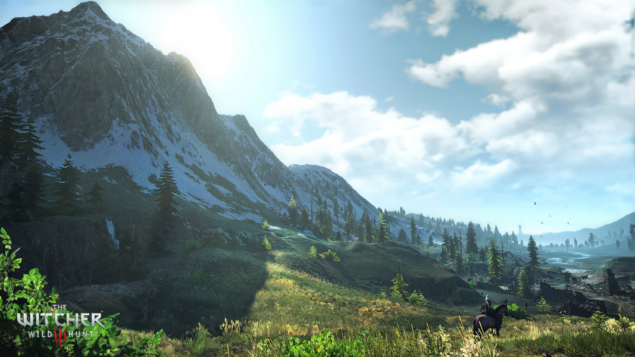 Boasted as the largest role-playing game ever created by CD Projekt Red, The Witcher 3: Wild Hunt is the third and the last installment in the Witcher series. The upcoming game concludes the story of Geralt of Rivia, a witcher who possess superhuman abilities and is an expert swordsman. The game is set during dark time when the world order is changing and a vile army called The Wild Hunt is taking control in the North, spilling blood and spreading despair. Now it is up to Geralt to put an end to this disastrous onslaught.

Packing over 100 hours of gameplay and boasting at least 36 different endings based on the decisions made during gameplay, The Withcer 3: Wild Hunt is apparently one of the biggest role-playing games releasing early next year. According to CD Projekt Red, the upcoming game is "35 times bigger than the previous games," and it features highly-detailed, responsive in-game environments, character models, and textures. The game is particularly being optimized on each of the latest consoles and PC to provide smooth and coordinating gameplay experience across all platforms.

Recently, CD Projekt Red released four brand new The Witcher 3 screenshots at Igromir Expo in Russia, showing some highly detailed in-game models and landscapes. The first screenshots shared below shows off a beautiful scenery of Skellige, one of the game's settings. The second screenshot shows Geralt standing alert as he is surrounded by wolves. The third one shows Geralt facing one of the huge, winged monsters in the game, and the final one shows the main character talking with a soldier.

The Witcher 3 screenshots look incredible, you can check them out in the gallery below.

The Witcher 3: Wild Hunt would be landing on PC, PlayStation 4 and Xbox One early next year on February 24.