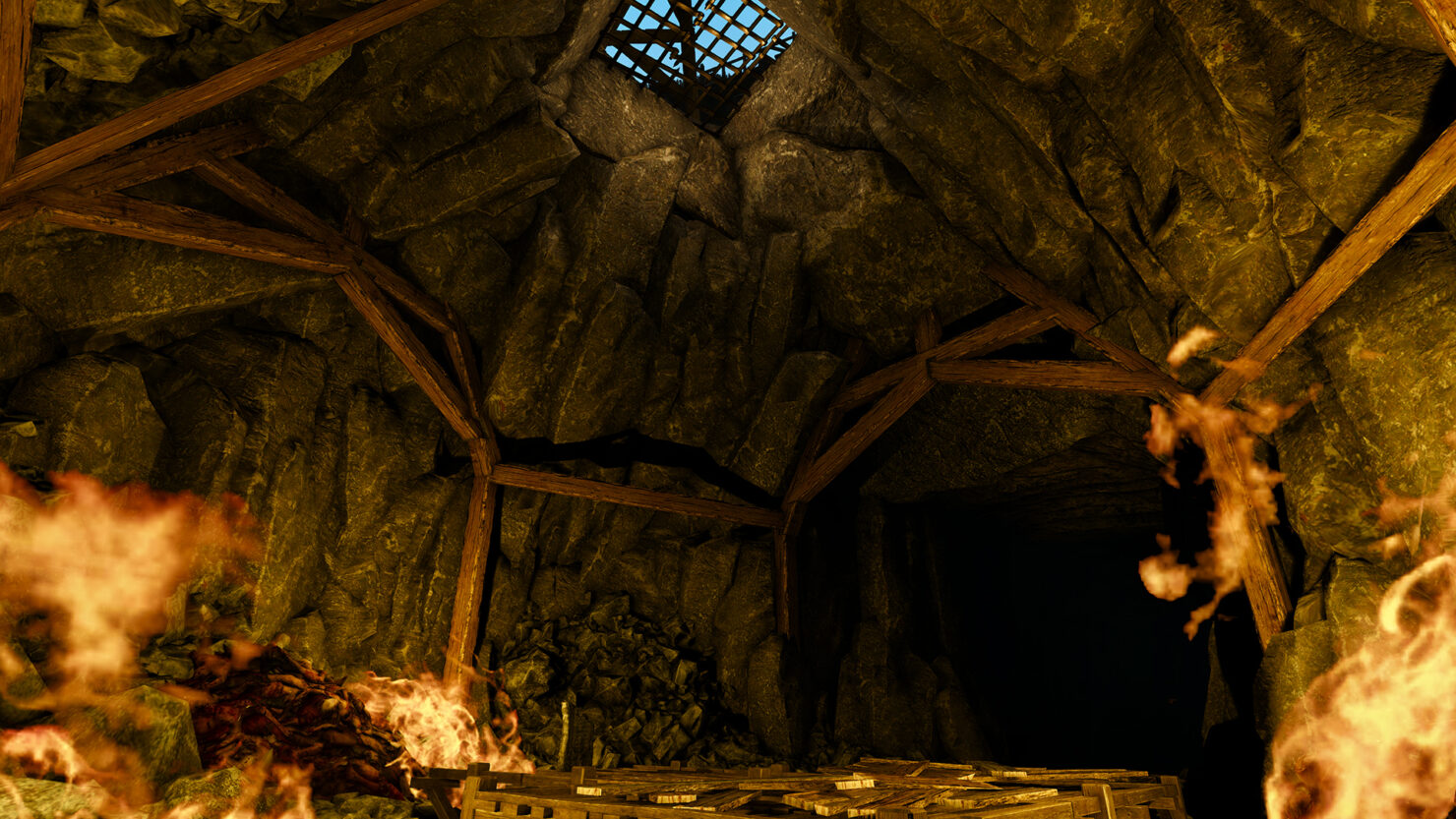 One of the most interesting mods ever released for The Witcher 3 is the Devil's Pit mod, which uses one of the game's locations to introduce new content and some new gameplay mechanics. The mod is getting expanded in the future with even more mechanics, modder SkacikPL confirmed.

The biggest introduction of the upcoming The Witcher 3 Devil's Pit mod update are true stealth mechanics, which will also influence some of the equipment found in the main game

Moving makes you easier to detect, whilst wearing Viper hood and Raven’s armor makes it a bit harder for enemies to see you. During night or in dark places both detection angle and distances decrease dramatically (unless NPC is carrying a torch). Sneak mode applies debuff to all enemies, opening them up for a one-hit backstab. Touching an enemy, being seen, throwing a bomb, using explosive bolts or casting aard/igni will also cause detection instantly. Killing an enemy will also cause surrounding enemies to turn in his direction (scripting doesn’t really support making them come to investigate).

Entering borders of their current perception range will highlight “alerted” NPC and make them look at the detected player direction for 5 seconds. In alerted state on-screen vignette will also change color to white with intensity increasing as likelihood of being detected rises.

Stealing is also limited only to enemies and only works while undetected. Each stealing attempt may blow players cover if initiated from too far (and at the same time if you touch the enemy, it will alert him as well) so you want to be as close as you can without actually touching the enemy.

The Witcher 3 is now out on PC, PlayStation 4 and Xbox One in all regions. The next update to the Devil's Pit mod has yet to be dated.