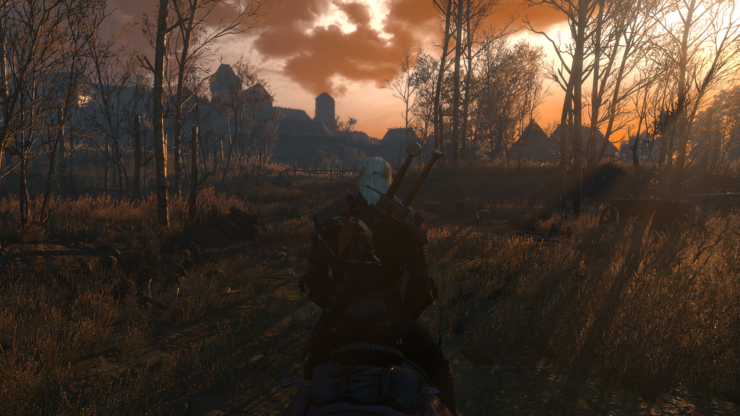 If you have experienced The Witcher 3, the role-playing game developed by CD Projekt Red for PC and consoles, multiple times and want to spice up a new playthrough, you may want to take a look at a mod which introduces some major changes to the game.

The Witcher 3 Enhanced Edition mod, which has been updated recently, introduces major combat changes and features that make the experience quite different.

Stat Interplay
There are lots of new stats like attack and dodging speed, poise, adrenaline (not the same as before), vigor, etc. These are all interconnected and have effects on regeneration rates, values and many other things.They also actively affect the gameplay, like having less health and stamina will make you attack and regenerate slower unless using certain potions. You can check the stats themselves and what they are influenced by in the character info sheet in your inventory.

Sword Mechanics
A silver sword is not needed for every monster anymore. Most monsters will require a steel sword to be dealt with (although silver works too), while Cursed creatures, Vampires and Specters will only take damage from silver blades.

Vigor
Vigor is what was previously named Adrenaline. It is now a regenerative stat which gets drained when taking damage. It's used to cast signs and can be inceased by drinking certain potions. It does not regenerate while Quen is active.The lower the amount of available vigor, the lower the sign intensity stat is.

Talents
Talents have been majorly overhauled and rebalanced. Most combat talents were changed, along with half of alchemy ones and a couple of the sign ones. They are active as soon as unlocked and they only need to be equipped to synergize with mutagens.You can preview the later talent levels by highlighting it and using the contextual buttons displayed on the bottom of the screen.

Signs
Signs have been majorly overhauled. Aard can be upgraded into a great damage dealing tool, while the alternate is for crowd control.Igni is great at crowd control and its alternate version is a good damage dealing tool.
Yrden is a much better balanced defensive and offensive tool if upgraded and helps keep you from taking damage.
Quen is more sensical in its way of protection, shield health is based on sign intensity and currently available health and can protect from multiple incoming weak hits. The alternate version can block an infinite amount of damage, but if broken Geralt is knocked back with a huge Vigor regen delay. Vigor does not regenerate while it is active, so it's to be used wisely. While powerful, it can actually cause you harm.
Axii is actually useful in combat, unlike before. Upgrading it makes it into a spectacular crowd control tool, especially against human opponents.

Poise
Poise is the stat which dictates resistance to stagger. Both the player and enemies have it. It is calculated based on armor worn, available health, red mutagens, toxicity, etc. Higher poise means a higher chance to resist stagger from an incoming light attack (and possibly heavy attacks too, later on).

Speed
Several new speed stats are present in the mod, such as light attack, heavy attack and dodging speed, which are all influenced by currently available health, stamina, armor worn, etc. Wearing heavy armor slows you down (attacks are only affected by chest armor and gauntlets), while wearing light or no armor will increase overall speed.

Dodging
Dodging no longer makes you completely impervious to attacks. If you get hit while dodging you will take grazing damage. If you are not dodging away from the opponent, you will take full damage instead. To dodge effectively actual spacing is required, while Fleet Footed greatly improves dodging capability overall in the form of stagger negation, speed, angle increase for the grazing damage and others.

Equipment
The way equipment works has been completely changed. Light, medium and heavy armors all offer different base levels of protection, making each very similar to ones of their own category. There is variance in their category based on the quality of the gear (common, rare, etc) and their secondary stats.Every piece of equipment is usable and upgradable in their own way, it is a matter of preference and which bonuses work better for you, not levels.

Six new sets of unique, specialized witcher-style plate armors are available to be obtained from the grandmaster armorer in Toussaint.

You can download The Witcher 3 Enhanced Edition mod by going here and check out a video detailing the changes below.