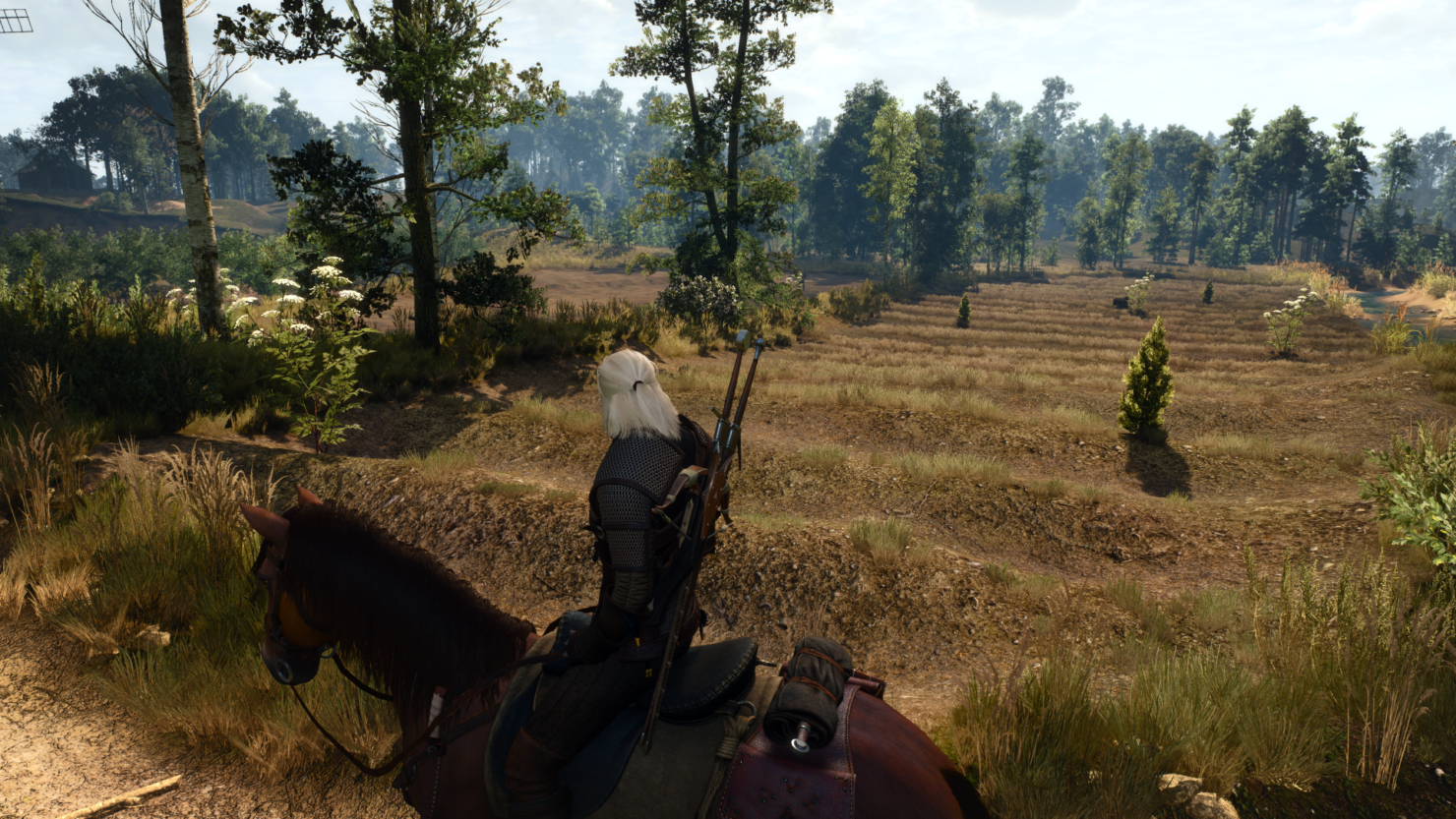 A couple of new The Witcher 3 mods have been released today, introducing some significant improvements to the game developed by CD Projekt Red.

This mod completely overhauls the terrain textures used in White Orchard. Every texture that's been replaced is a high-quality 4k resolution texture with 4k normal maps as well. As far as Terrain textures go, every single texture has been replaced while trying to maintain a vanilla style, so nothing should look out of place.

This mod changes all the terrain textures used in White Orchard. They have all been replaced with very high quality 4k diffuse and normal maps. This texture mod is very lore friendly and doesn't add things like snow where they don't belong. I basically just tried to improve upon what was already there, so nothing should appear out of place. Every level in the game uses a different set of textures so this mod won't affect Skellige, Velen, or any other level. This is strictly a texture mod for White Orchard.

The second new The Witcher 3 mod is the NPC Physics Overhaul mod, which fixes NPCs physics while playing at 60 FPS. This includes hair, fur, clothing and more.

I made this to counteract an issue in The Witcher 3 where the physics on dangling objects on characters and enemies (such as hair, fur, necklaces, medallions, etc.) only work correctly at 30fps. This mod corrects the issue.

IMPORTANT:
1.) This mod is meant to be used together with my E3 Geralt Hair Physics 60FPS FIX, which fixes Geralt's hair physics when playing at 60fps.
2.) The mod is meant for 60fps.

This mod changes physics for the following things:
--> Hair on all NPSs in the game (main/secondary/common). It's most noticable on NPCs with long hair such as Priscilla.
--> All dangling objects on all characters, enemies and entities, meaning necklaces, medallions, weapons, saddles, saddlebags, etc.

The Witcher 3 is now out on PC and consoles.