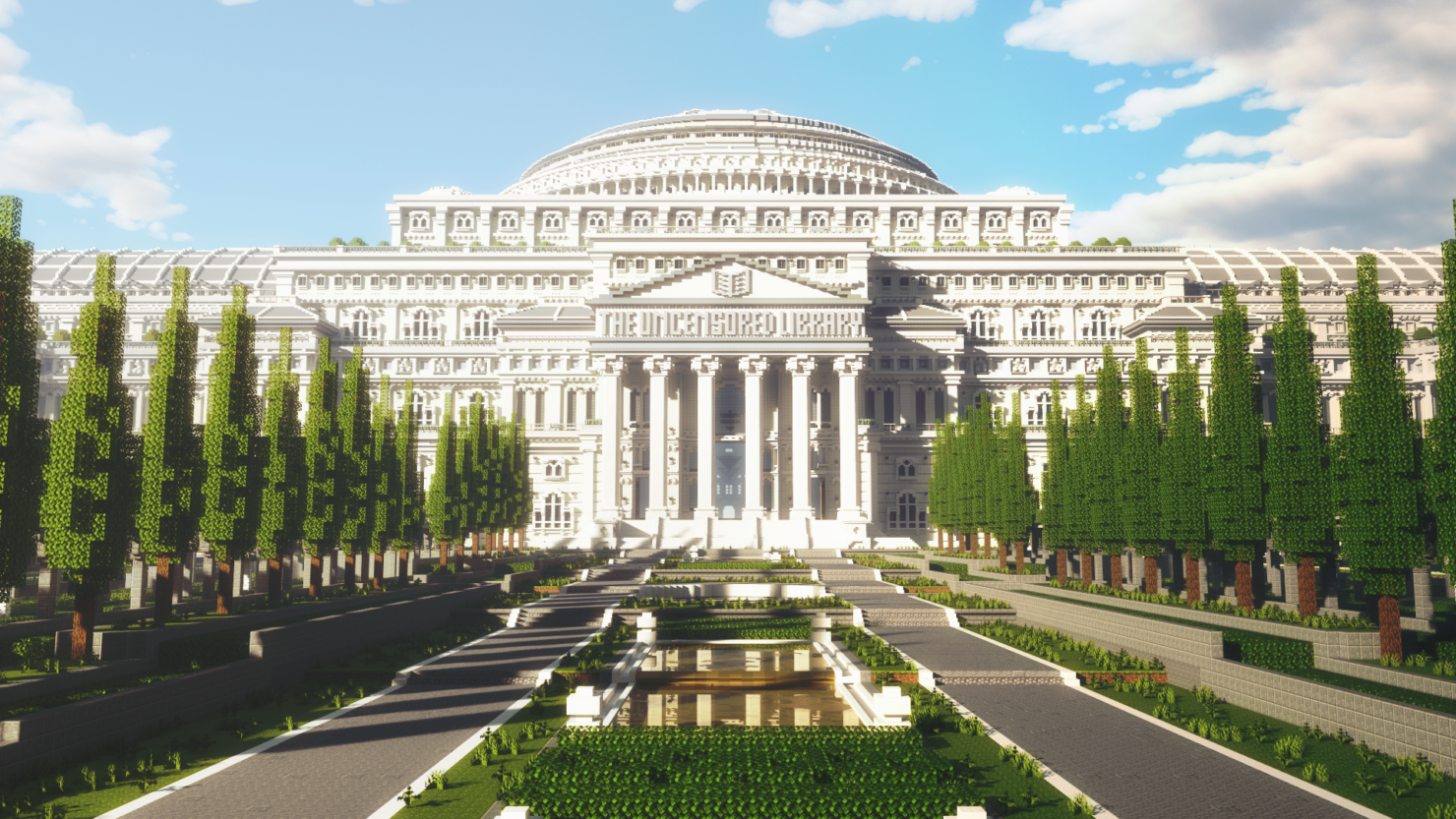 Minecraft is an incredibly versatile game thanks to its sandbox features, which is probably why it's still one of the most popular games globally (it was the most viewed game in 2019 by far with over 100 billion views on YouTube).

Still, The Uncensored Library is a surprising (and ingenious) way to leverage Minecraft in order to exercise press freedom in those countries where censorship is a real issue. The non-government organization Reporters Without Borders partnered with BlockWorks to realize The Uncensored Library, an open Minecraft server available all around the globe where players can connect and go read books containing articles that were censored.

The loophole is that Minecraft, unlike more conventional publications, is accessible even in countries like Egypt, Russia, Mexico, Saudi Arabia and Vietnam. That means players who live in those countries can now read the censored articles from Mada Masr, grani.ru, Javier Valdez, Jamal Khashoggi, and Nguyen Van Dai.

The Uncensored Library is a bold use of Minecraft. It really encapsulates everything that is great about this game and the community it has created.

In many countries around the world, there is no free access to information. Websites are blocked, independent newspapers are banned and the press is controlled by the state. Young people grow up without being able to form their own opinions. By using Minecraft, the world’s most popular computer game, as a medium, we give them access to independent information.

The Uncensored Library was built in over three months, using over twelve million and a half blocks. Twenty-four builders from sixteen different countries came together to design and create it over the course of some 250 hours of work.

The Uncensored Library, built in a neoclassical style, has a main dome that's almost three hundred meters wide, which would make it the second-largest in the real world.