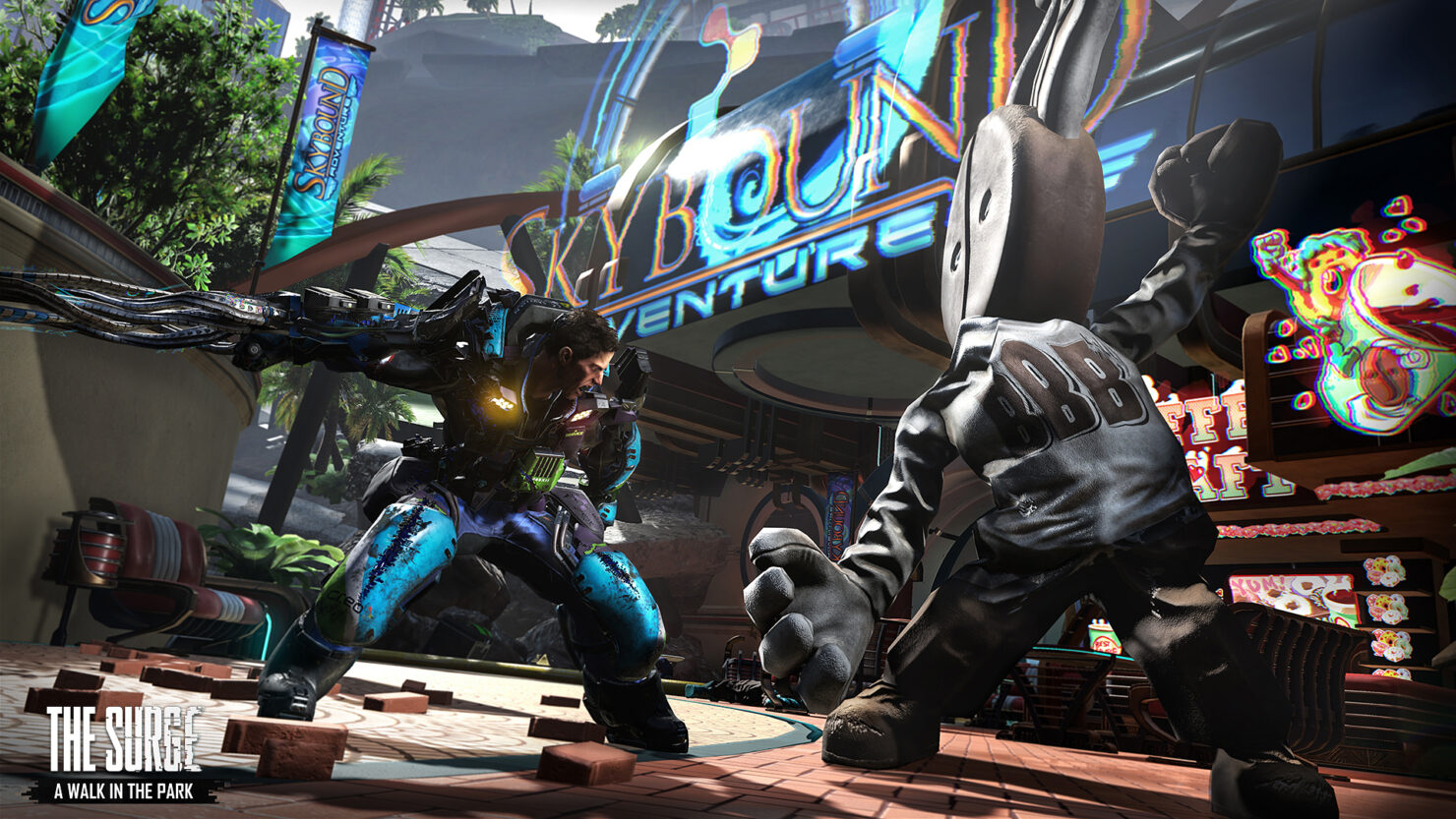 After initially confirming that it wasn't a mistake when we first asked about it yesterday, DECK13 contacted us again today to rectify that it was actually a mistype on the programmer's part and the game will be able to run at 1800P@30 fps or 1080P@60 fps, with both modes being HDR enabled (provided you have a compatible display).

Frankfurt-based studio DECK13 is mostly known to gamers for their Souls-like action RPGs such as Lords of the Fallen, published by CI Games in 2014, and The Surge published by Focus Home Interactive in May 2017.

The Surge had an even more positive reception than Lords of the Fallen and DECK13 recently confirmed that the first DLC titled 'A Walk in the Park' will be available in December. With the game also being listed as one of the Xbox One X enhanced titles, we've taken this opportunity to have a brief talk with DECK13's PR and Marketing Manager Michael Hoss on these topics.

Were you positively surprised by the reception for The Surge?

Surprised might be the wrong word here. We’re humbled. We here at DECK13 usually set
ourselves the goal to become better and better with each game. And the feedback we’ve got
indicates that we’ve reached that goal. The last months have been an amazing ride, that’s for
sure.

Has it performed well for you in terms of sales?

We’re really happy with how the game performed so far.

Are there are any major changes to the gameplay experience with A Walk in the Park?

There are two answers to this question. If you’re asking if we’d change the overall approach or
rework our combat system, the answer will be no of course. If you’re asking if we’ve added a
few neat surprises, we’d like to confirm that. There are… things in A Walk in the Park which we
haven’t done in The Surge. And once you run into these things, you’ll understand.

Do you have an estimate average length of this expansion?

Can you share the price target for A Walk in the Park?

Do you have plans for any more content additions after this one?

Well, first of all we’d like to finish this DLC. What comes afterwards, only time can tell, right? So
far nothing has been announced.

What was it like developing for the Xbox One X?

It was definitely a challenge. But one we’ve happily accepted. The One X has definitely more
power compared to the One. And more power is always welcomed.

Can you share the technical specs of The Surge running on the console (resolution, frame rate, graphics enhancements etc.)?

The PlayStation 4 version of the game supports HDR and Xbox One S/X will too, according to the official Xbox One X enhanced list. Do you have plans to add HDR support to the PC version as well, now that more titles are adopting the technology?

We’re definitely looking into that option, but a final decision hasn’t been made yet.