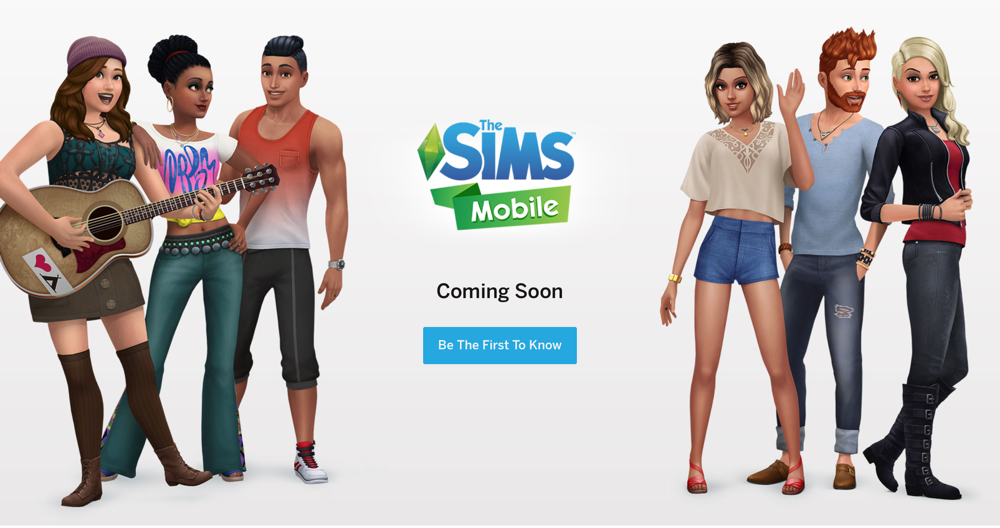 Mobile gamers will be pleased to learn that The Sims Mobile is coming to iOS and Android. The game is already available in Brazil.

If you can recall, The Sims FreePlay for iOS and Android has been around for quite a while. But the game did not manage to rake up success on mobile due to several reasons. First and foremost, it failed to replicate the gameplay of the original title. Secondly, it was a half-baked experience for players.

Now though, it seems EA has worked everything out properly and has announced a new title called The Sims Mobile. Apart from featuring wonderful graphics on a small scale, the title will replicate the formula of The Sims 4's 'Legacy Challenge' mode. This means players will be able to create and maintain families across generations to come. But of course, those generations are going to be maintained based on the set of rules which you create, something that defines the game in the first place.

The Sims Mobile is currently available in Brazil for both iOS and Android. Users can expect rollout in other countries in the days and weeks to come, so be patient. In the meantime, check out the soft launch trailer which EA has published for the game.

For those who are new to the world of The Sims, here's a super quick breakdown of what you can expect. You create characters based on your preferences, and you are in total control of how they live their lives. Basically you get to decide their life choices and how they'll end up. Sounds like a familiar concept?

Not only you get to handle their life choices, but you design their complete home from scratch as well. There are a ton of things you can tinker around with, ensuring your sim lives the perfect life based on your rules.

Whenever the game goes live for both iOS and Android users in other regions, we will inform our readers about it. In the meantime, you might want to sit back, relax and start playing the waiting game.